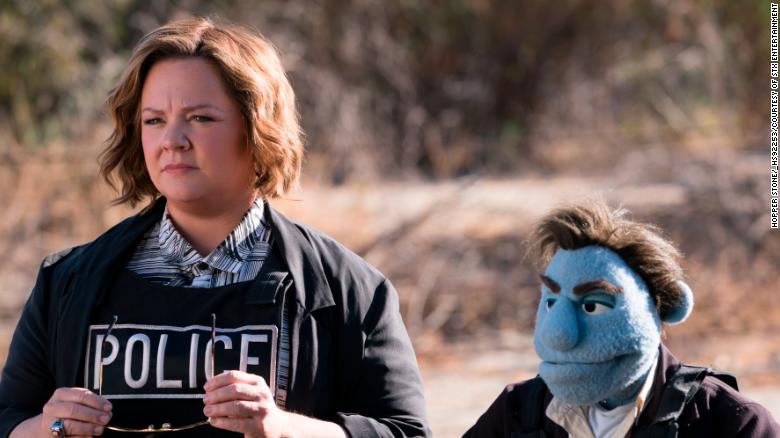 Not even the considerable comedic talents of Elizabeth Banks and Maya Rudolph can salvage this aggressively unfunny exercise in pointlessness.

Remember when Trey Parker and Matt Stone filmed an entire feature-length project using violent, sex-addled marionettes? Or when rude puppets made vulgar crank calls on Comedy Central before “The Daily Show” came on? Or how about when cartoons and humans interacted with each other in a throwback gumshoe story set in L.A.? If someone drained all novelty and subversive cleverness out of Team America: World Police, “Crank Yankers” and Who Framed Roger Rabbit and then mashed them together, you’d end up with something along the lines of the joyless slog that is The Happytime Murders.

This R-rated Muppet film from Henson Alternative, the more mature-themed production arm of the Jim Henson Company, revels in both self-reference and the misplaced notion that we’ve never seen puppets behaving badly before. Did you realize that these puppets are made from fabric and therefore don’t have the same flesh-and-blood anatomy as humans? Did you ever consider the possibility that puppet vaginas are literally velvet? This film falls all over itself to tell you so.

Shucking any inkling of meaningful social commentary, the filmmakers instead opt to exploit racial and gender-based tensions—puppets are second-class citizens, “sock” is used as a racial slur and it’s a running joke that Melissa McCarthy doesn’t look feminine enough. Instead, Brian Henson’s film offers a drab, formulaic detective story that’s spiced up with puppets ejaculating geysers of silly string and McCarthy slinging “asshole says what” jokes at Joel McHale.

The noir-drenched film revolves around Phil Phillips (Bill Barretta, best known as the puppeteer of Pepe the King Prawn), an ex-cop who was fired in disgrace when his errant bullet killed a puppet civilian. After a voluptuous, Jessica Rabbit-esque redhead (Dorien Davies) shows up at his private-eye office one day, he finds himself at the scenes of a string of murders involving the actors of a popular, puppet-centric ‘80s TV show that’s on the verge of reaping some hefty syndication royalty checks. Things get personal when two of the actors who end up dead are Phil’s brother Larry (Victor Yerrid) and ex-flame Jenny (Elizabeth Banks), the lone human who starred on the show. To catch the serial killer responsible, Phil will have to team up with his surly ex-partner, Detective Connie Edwards (McCarthy). Fabric-based jokes and mirthless shenanigans ensue.

For a film that repeatedly returns to the image of a puppet octopus jerking milk out of an orgasmic puppet cow’s udders in the backroom of a porn shop owned by a seedy puppet vulture, The Happytime Murders doesn’t even make for good shock value. The storyline follows the traditional beats of hardboiled noir, complete with Phil’s voiceover narration delivered in a clipped accent that seems completely out of place for the L.A. setting. Puppets have sex, kill each other, curse like sailors and abuse drugs. It’s not anywhere near as lurid as it sounds. A film like this could be excused for going over the top, but there’s nothing about The Happytime Murders that pushes any envelopes. It’s woefully unimaginative and further entrenches McCarthy in the artistic nadir of her career (though perhaps remaining a tick or two above the abysmal Ben Falcone-directed Life of the Party from earlier this year). Not even the considerable comedic talents of Banks and Maya Rudolph can salvage this aggressively unfunny exercise in pointlessness.