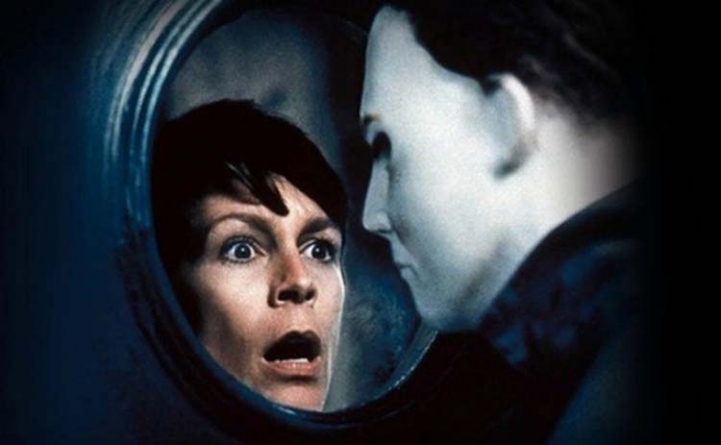 It holds up better than any other Halloween film outside of the original, and Curtis deserves complete credit.

David Gordon Green’s upcoming Halloween is being billed as both a direct sequel to the 1978 original, jettisoning the other sequels and remakes from the series’ canonical timeline, as well as a 40th anniversary celebration of the franchise. And while it is a bold move, perhaps the reason that such a move was greenlit by producers and studio while other series’ similar ambitions have failed (Neil’ Blomkamp’s proposed Aliens sequel, for instance) is that the series has done this before. Back in 1998, Halloween H20: 20 Years Later,the seventh film in the series – and sixth featuring villain Michael Myers – was released, billed as a direct sequel to Halloween II and as a 20th anniversary celebration of the series.

The new sequel is a smart move, as H20 is still, 2007 Rob Zombie-remake aside, the highest-grossing entry in the series (not adjusting for inflation). The producers have now waited long enough to build up some excitement from hardcore fans yet have also added enough exciting young blood to attract eyes, which is exactly what H20 did, bringing fresh faces Josh Hartnett and , LL Cool J and Michelle Williams in. Finally, this new Halloween has capitalized on the series’ best asset, Jamie Lee Curtis, who has once again been convinced to return after a long absence. When H20 was released in 1998, Curtis hadn’t appeared in a Halloween film since 1981’s Halloween II.

The Curtis who appears in Halloween H20 is a far more accomplished actress, and person, than the young woman who starred in the first two Halloween films. Though attractive and physically capable, there is a weariness to her, which is rather meta as the actress had had her share of personal struggles in the transition from teen scream queen to serious actress. While her Laurie Strode was a terrified bystander for much of the first two Halloween films, precocious but prone to fits of blood-curdling screaming, the Laurie in Halloween H20 is a survivor, plain and simple.

Halloween H20 picks up twenty years after the events of the first two Halloween films. It starts with a nifty cameo by Nancy Stephens, who played nurse Marion Crane in the earliest Halloween films. Marion, apparently, took care of an ailing Dr. Loomis (the late Donald Pleasance, who appeared in the first five Michael Myers films) in his final days. Loomis, as it turns out, knew the location of Laurie Strode, who faked her death (she was treated as dead in the fourth, fifth and sixth Halloween films) and assumed a new identity. Michael Myers appears, kills a surprisingly feisty Marion and heads off to California in search of his long-lost sister.

Laurie, now living as Keri Tate, lives with her son John (Hartnett) at the elite private school where she works at as headmistress. Michael arrives, starts killing teenagers, and soon comes face-to-face with Laurie. Laurie, however, decides not to run this time, leading to a fun, frenzied conclusion involving guns, knives, car accidents and even decapitation.

While Halloween H20 is by no means a good movie, it successfully updated the franchise for its era. Coming on the heels of films like Scream and I Know What You Did Last Summer, writers Robert Zappia and Matt Greenberg and director Steve Miner recognized that audiences required smarter heroines, more humor and slicker action than the slower-moving horror films of the early decade. Even the poster is a direct knock-off of Scream’s.

Twenty years on, H20 holds up better than any other Halloween film outside of the original, and Curtis deserves complete credit for that. Her progression from terrorized teen to capable adult is satisfying for fans and newbies alike. One hopes that the filmmakers behind the new film at the very least manage to replicate its success in this area.