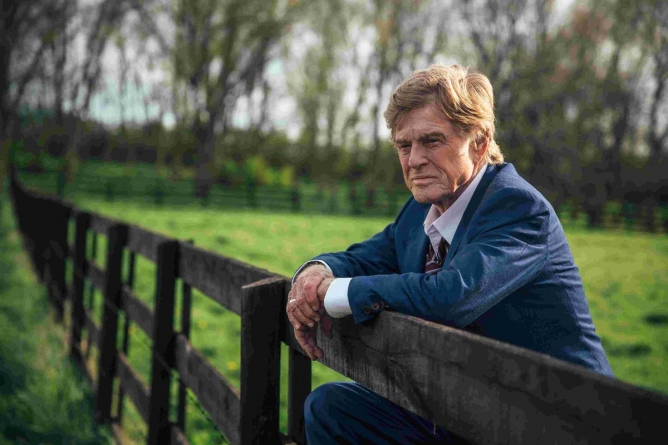 As a film, some may find David Lowery’s The Old Man & the Gun little more than a charming trifle, but as a proper send-off for star Robert Redford’s storied career, it’s positively rapturous. Though the Butch Cassidy leading man has aged gracefully, it’s been quite some time since he employed his considerable performative powers to such effective results.

Based on the true story of lifelong bank robber Forrest Tucker, Lowery’s film is a bittersweet tale that uses criminality as a prism through which to view branching approaches to living life. Rather than a soup to nuts biopic following Forrest from youth to old age, the film meets him in the early ‘80s, in the twilight of his career. Forrest, alongside his two compatriots Waller (Tom Waits) and Teddy (Danny Glover), performs low stakes heists using his congenial charisma and little more. There’s something endearing about a man who doesn’t use violence or exacting stratagem, but his own guile and likability, to get ahead. Once he embarks on a bubbly meet cute with Jewel (Sissy Spacek), he becomes impossible not to root for.

Then there’s Forrest’s foil, Detective John Hunt, played by a suitably beleaguered Casey Affleck. Where Forrest is in his 80s and full of joie de vivre, John just turned 40 and hates his job. Lowery separates the two men’s respective lives with style, showing Forrest’s day to day with supple, slow zooms and zippy back and forth cutting patterns to bolster the screwball tenor of his banter between friends and love interest. But John is lensed with much less flair, his morose visage pasted into claustrophobic frames with just enough room left for his family.

A moment where John questions a teller who was robbed by Forrest sells the chasm between the two men the best. She can’t find the right words to describe the man who robbed her. She just keeps repeating that he seemed happy. John’s sullen reaction to this description is what matters. He’s dedicated his life to a job he considers to be the right thing and is miserable, but this man twice his age does whatever he wants and feels younger than ever. It makes their game of cat and mouse less overwrought with macho bullshit than most movies about cops and thieves.

While the film is, at times, fanciful to a fault, it’s such an easy movie to enjoy. It doesn’t completely sidestep criticizing Forrest’s lifestyle, or the human detritus in his wake from decades of compulsive crime sprees, but it also doesn’t engage with certain elements of reality, like the fact that Forrest is able to get away with it so easily because he’s an old white man no one suspects. But that’s because this isn’t really a movie about the nature of breaking the law or the boundaries of society’s rules. It’s about making a living doing what you love, no matter the cost.

It’s clear Redford saw in the material a kinship between the artist and the thief. For much of the film’s run time, Lowery’s throwback approach and sweet storytelling style is enough to keep the film above water, with Joe Anderson’s photography and Daniel Hart’s lovable score. But by this brisk caper flick’s third act, it becomes clear that the story itself, while beguiling, is somewhat beside the point. It feels less like a dramatic exploration of Forrest Tucker’s unique life and more a love letter to Redford’s career. This becomes especially transparent when imagery from his prior films gets repurposed for a startling and twee montage of Forrest’s many prison breaks.

Redford is so likable and fun to watch, especially with his anti-Heat energy with Affleck and his chemistry with Spacek, that an audience will certainly feel grateful this is the film he chooses to hang his hat on finally.