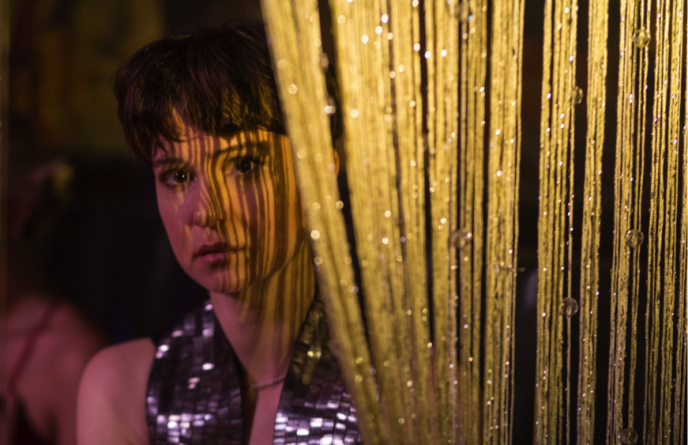 State Like Sleep seems to be aiming for something measured and contemplative, but it doesn’t have enough substance to support those ambitions.

Film invites conversation. At its most basic, we talk about whether a film is simply good or bad. As conversation gets more nuanced, we discuss how a particular film contributes to culture, moves the medium forward, represents either our era or one in the past or future and so on. Sometimes, we ask ourselves, “what were they thinking?” The worst question, however, is that simple, one-word query: “Why?”

The film follows widow Katherine (Waterston), whose movie-star husband Stefan’s (Michiel Huisman) death has left her stuck in place. When her mother (Place) falls ill, Katherine is startled into action, and she finally sets out to discover the truth behind his death. In doing so, she stumbles into the path of sex-club owner Emile (a bleached-blond and sexy as always Evans) and corporate-type Edward (Shannon, completely underused here). And while she does find a few answers, it is hard for us in the audience to muster much excitement about those answers, because none of Katherine’s relationships are developed.

Only the always-great Place delivers anything special here, partially due to Danluck’s somber, elusive script actually giving her something to do in her brief scenes. Waterston is, as always, a completely compelling performer, but one wonders if she should seek new representation after appearing in the series-crippling Alien: Covenant and being given nothing to do in Fantastic Beasts: The Crimes of Grindelwald. Films like Inherent Vice, Queen of Earth and Steve Jobs showed what an immense talent Waterston is, but her recent slate hasn’t given her the work she deserves.

The why? question plagues State Like Sleep because there never seem to be any true stakes. Though the actors clearly make a strong effort, neither the morose script nor the sluggish pacing offer any compelling reason for viewers to care about Katherine’s journey. Though Place’s character’s health creates some drama, Danluck struggles to ignite emotions on most other fronts.

Despite being led by an actress and written and directed by a woman, State Like Sleep puts too much focus on men. Katherine is not just drawn into these men’s lives; her interest and much of the movement of the film’s plot are driven by the male characters rather than the women. This is disheartening and, worse, a little boring.

A film like this could perhaps redeem itself, at least in part, through technical achievement. However, State Like Sleep’s visuals and even its music only add to the film’s moroseness. At times, there is a fogginess in both the visual and aural elements of the film. Through its presentation, State Like Sleep seems to be aiming for something measured and contemplative, but it doesn’t have enough substance to support those ambitions. While the film features obvious talent behind and in front of the camera, it never comes close to justifying its slow approach and distant narrative style.