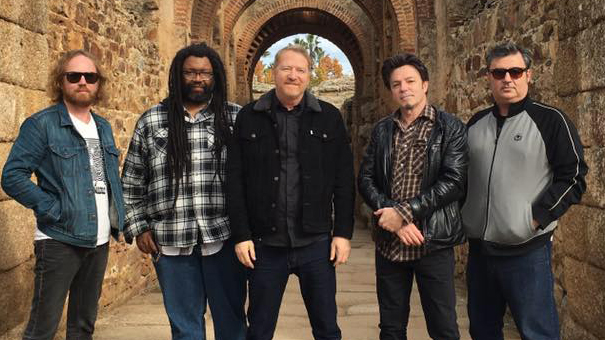 “Bands that won’t play their hits live as self-important wankers.”

There is more to Cracker than “Teen Angst (What the World Needs Now)” and “Low.” Though the band is best-known for those ‘90s hits, David Lowery and Johnny Hickman have soldiered on as Cracker since the band’s 1992 self-titled debut, touring constantly and dropping the occasional album. I caught up with Hickman before the band’s sold-out show in Portland. We discussed the band’s legacy, Elvis Costello and Cracker’s fans (lovingly known as Crumbs). I’m pleased to present the Spectrum Culture interview with Johnny Hickman.

Cracker has been rolling along since the early ’90s and you tour often. How do you keep things exciting for fans who have seen your show multiple times?

Well, of course, there are certain songs we always play live, but we mix it up. David and I have always viewed bands that won’t play their hits live as self-important wankers. We play our hits proudly. We also have 10 albums worth of material to choose from so we rotate songs in and out of the live shows to keep things fresh for us and for the Crumbs who truly appreciate that.

You tour often with Camper Van Beethoven. What’s the difference between a Camper fan and a Cracker fan? How can you tell? And yes, a lot of people are fans of both groups.

David once described CVB as the band most likely to have a serial killer in the audience, which was funny. I think by a small margin CVB fans are a little nerdier and Cracker’s fans a little more extroverted and a bit rowdier, but we’re talking about the minutiae here. By and large they are the same people now.

How many times do you think you’ve played “Low” live?

HA! I don’t even want to think about those numbers. Interesting that you asked me about it just now because I sang lead vocal on it with a full band of friends backing me for the second time ever just last night at the Gothic Theater in Denver. The first time was in Dallas last year with Cracker because David was very sick and had to fly home to Athens and I sang lead vocal for that entire show. That was mildly terrifying, but also very good for me. It gave me greater respect for my lead singer, definitely. It was quite tricky playing all of my guitar parts while singing lead. People often ask if I get tired of playing “Low” and I tell them no, not really. I think it’s a great song and has held up very well. There are other songs that I get tired of playing, but then I’ll like them again at some point.

Has there ever been a night where you’re like, “Fuck it, I’m not playing ‘Low’ tonight?”

I think we’ve had just three or four non-“Low” nights ever. I think the hardcore Crumbs are fine if we don’t play it, but I always keep it in my head that it might be someone’s first Cracker show and if I were them I’d feel ripped off. Not cool. Revert back the that wanker comment! Haha!

Which deep Cracker cuts would you love to play live, but haven’t in a long time. Why haven’t you played them?

Keith Richards is one of my heroes because he’s cool as hell AND one of the great rock co-songwriters of all time. I remember him saying once, “Never try to push your singer to sing something he’s not in the mood for. That’s him over there on the mast of the ship, not you, fucker.” I respect that. If given a choice though, I’d love to play “The Riverside,” which we’ve done live a few times over the years and/or “Minotaur,” both from our album Greenland.

Cracker has put out only two records in the past 10 years. Should we expect new music soon?

I’m laughing suddenly remembering Bob Dylan, being interviewed on radio once, asking, “Man, haven’t I done enough?” I love writing and recording new material and we may still make more, but we’ve given the world quite a body of work already, wouldn’t you say? Add to that the fact that people buy very little music anymore, they just take it or listen to streaming and it’s a barely profitable endeavor these days. Making a record is lot of hard, intensive work and expensive as well. Much more goes into the process than most people could even imagine. This is quite a daunting reality and kills a little of the incentives to keep doing it, to be honest. I hope we make another record. Both David and I always have some melodies, songs, partially finished bits etc. So we’ll see. I leave it at that for now.

If Cracker stopped recording new material today, which album would you say is your favorite artistic statement? Why?

I’ve tried to come up with an answer to that before and I can’t really make that call. Kerosene Hat was our biggest selling record and I still love that one, but no more or less than I love and am proud of all the others. My favorite “artistic statement” would end up being a compilation of selected songs from all of our records. I’m very proud that we’ve never made a bad record.

Why has Cracker resisted the siren’s call to do a tour where you play either Kerosene Hat or the self-titled debut from front to back?

We’ve done that over the years, although not as entire tours of JUST one record. We recently played every song from Gentleman’s Blues for several shows last year as it turned 20. It was a real pleasure for us and for the fans.

If Elvis Costello had asked you to join the Impostors (like former Cracker member Davey Faragher), would you have a hard think about leaving Cracker?

I think Costello is brilliant, but I wouldn’t do it. He’s a great guitarist in his way anyway. I don’t know if I’d be needed. Davey is an asset to anyone he works with. He’s a phenomenal bassist AND a fantastic backing singer too. I was in negotiations with the Replacements to play lead guitar on their reunion tour a few years ago and certainly would have, being friends with Tommy Stinson and all. Tommy has played on some Cracker records. He’s great. I was in the running, as they say, but they made a fine choice with Dave Minehan, who had played in Westerburg’s solo band and is a fantastic player and great backing vocalist. I love that band and it was an honor to be considered.

In the “Teen Angst” video you’re wearing what looks like red shorts over bright blue long johns. Is that a look you still rock out from time to time?

No, that was just something we were all having fun with at the time. In a way it was us taking the piss out of the “GRUNGE” look a little bit. The early ‘90s grunge look was all about those dreary thermals and flannel, being purposefully unkempt etc. so we kinda took that and went a bit opposite…bright colors and a much more darkly humorous musical blend. In the middle of all that heavy grunge we were making records with some very hard rock involved, but also simple pop, old school-style country and some soul thrown in. We’ve never been a band easily pigeonholed and I’m very proud of that fact.

Thanks, Johnny! I hope to see you in a few weeks.