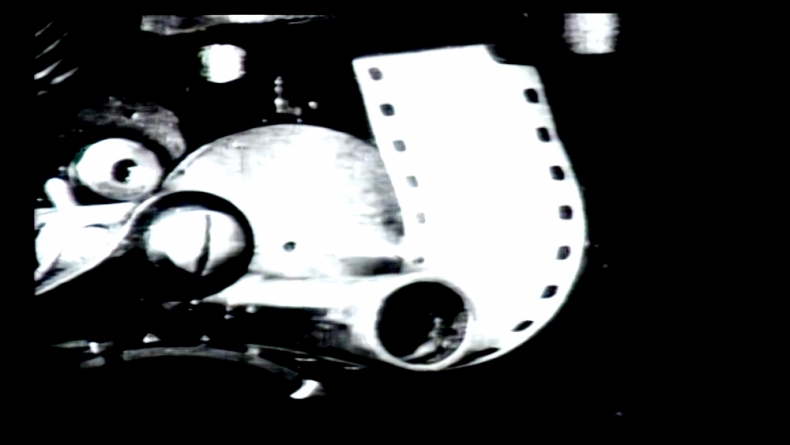 The Image Book startles with its energy, novelty and intellectual depth.

It probably should not be surprising that, even after 60 years behind the camera, one of the grandest cinematic artists to ever create a film still has his fastball, but The Image Book does startle with its energy, novelty and intellectual depth. Jean-Luc Godard remains as brash and brazen as he was with All the Boys Are Called Patrick, six decades and more than 120 directing credits ago, with The Image Book managing to be as provocative and politically sharp-edged as anything else in his immense oeuvre.

The Image Book defies categorization in many ways, but it’s probably best described as a cross between a now-anachronistic-but-once-avant-garde spoken-word philosophical treatise and a remix-style found-footage documentary. There are no characters or actors, besides Godard’s own occasional narration—much of which is left untranslated from his spoken French—and only the barest of structuring devices. Specifically, The Image Book is organized around the metaphor of a hand: five parts of a story, like the five fingers of a hand, undeniably based upon a shared foundation but just as undeniably discrete and independent.

The first four parts resemble each other fairly closely. They are composed of various clips from famous films around the Western world, including Young Mr. Lincoln, Vertigo and The General among a litany of others. Most of these clips are distorted through color saturation changes or other such tinkering. Additionally, there is an audio dissonance, with clipped music cues or mumbled lines. The editing includes stark cutting in the middle of syllables, sometimes. This is classic late Godard audience heckling, as if he is cajoling us for watching, but remains jarring even for viewers anticipating it. Finally, each of the chapters have a distinct theme, such as the third section’s focus on trains as a stand-in for industrial modernity.

Taken as a whole, however, these four chapters are united by a broader, more abstract theme: namely that the Western world has violently seized and maintained control over a majority of the world’s resources for more than three centuries and all that we have to show for it is destruction, in every sense—physical, mental, spiritual, personal, structural and so on—of the word. We are better neither as a species nor as individuals within communities. We remain cruel, arbitrary and hyper-violent, even though we have trains (hell, even spacecraft!), art and philosophy.

While he leaves room for ambiguity on the point, it does not seem that Godard is positing this proclivity toward destruction as a shared human condition. It is not an inherent flaw hardwired into our very DNA. No, The Image Book seems fairly clear (again, it is a deliberately obtuse film, so discerning its ideas is something of a guessing game) that the tendency to violence resides in a particular type of human, one who is modern and/or Western and/or late capitalist and/or post-1945 in outlook.

This distinction between the West and the Rest is emphasized in chapter five of the film, about a (mostly) fictional Arab society encountering much of the violence of modernity for the first time. Fully enmeshed in a devastating war, this society is brought into the film through Godard’s overt (and intentional) Orientalist paean to what this mystical Arab kingdom used to be, an innocence and essence now lost. This fifth chapter—call it the thumb on the hand—argues that our destructiveness has even bled into our ability to experience reality. Can we still tell the real from the not-real, fact from fiction or an actual blood-in-the-dust war from a made-up one? Is this Arab country really a fabrication or does it exist in truth?

The Image Book delivers what any viewer should expect from Godard at this stage: erratic yet enjoyable editing, philosophical discussion—though here, admittedly, the ideas engaged with are not exactly on the cutting edge any more—and a deliberate lack of specificity that still builds to something meaningful.