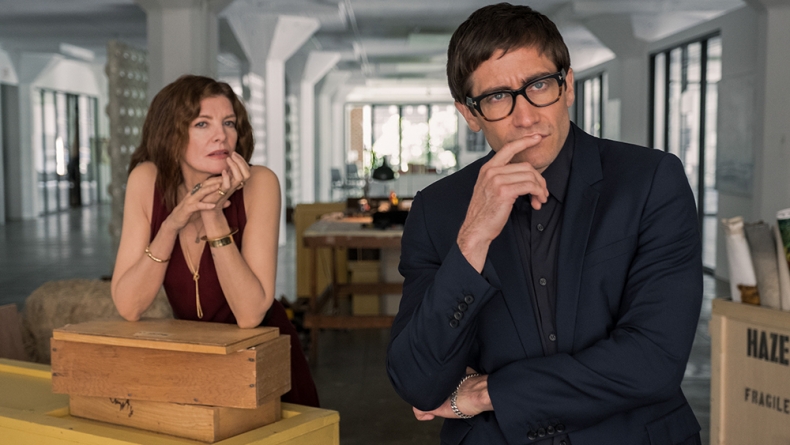 Is it Gilroy coming to grips with career length anxieties about creating and analyzing fiction? It’s hard to say and even harder to care.

Dan Gilroy’s directorial debut Nightcrawler was a crime drama exploring the intersection between capitalism and media, while his less well-received follow-up Roman J. Israel, Esq was a legal thriller tackling the cost and value of integrity. But what, if anything, is his latest film Velvet Buzzsaw about?

Its premise is simple enough, following an Altmanesque troupe of characters surrounding a simulacrum of the LA art scene. Jake Gyllenhaal’s Morf Vandewalt, a pretentious and quirky art critic, is ostensibly the lead, but no one feels like the central figure. Gilroy, a veteran screenwriter, seems to be gleefully freeing himself from the airtight structure and nuanced character work his prior efforts were so typified by. Instead of one character’s journey being the thematic throughline of the film, we’re treated to an interconnected web of near-farcical caricatures spewing clever lines skewering art culture.

At first, it feels like Gilroy is trying to do for the art world what Robert Altman did for Hollywood in The Player. But there’s a meanness in the way he captures the artists, critics, curators and assistants in this film that feels like it should be aimed at the side of Los Angeles Gilroy has built his career in. The relationship between Morf, a critic, and Rhodora (Rene Russo), an art gallery owner, seems to suggest a commentary on chuminess between movie studios and the sycophant online critics who verbally suck off big budget tent-poles in exchange for on-set access. So, in an effort to be less transparent, Gilroy transposes his frustrations with his chosen vocation to what he must have seen as a more visually exciting industry.

But as entertainingly acidic as the interactions between these colorful characters may be, Gilroy has nothing to say about modern art that hasn’t already been said in Art School Confidential or The Square. Gyllenhaal and Russo are standouts, with Daveed Diggs and John Malkovich doing sterling work as artists from different backgrounds, but no one really has an arc. Every subplot dancing around the central concept of this dead man’s paintings that enrapture all who behold them, but once each narrative strand feeds into this genre-bait vortex at the film’s center, they don’t come back out the other side. They’re just clipped to serve the new paradigm.

This is the film’s biggest problem. The Player was something of a mystery underneath all that Hollywood satire, but Velvet Buzzsaw, instead, aims to mine horror from its premise. The trailers give away a lot of the third act turns, but knowing the movie is going to take a sharp left turn should create suspense or dread. It doesn’t, though. Each absurd art object touted in the first act has clear foreshadowing as a future kill once the film’s supernatural element begins to run amok, but the slasher style employed here is too perfunctory to feel inspired.

The film’s real tragedy, however, is how oddly cheap everything looks. For a movie shot by Robert Elswit, Velvet Buzzsaw looks like a cross between a ‘90s indie and an early 00s’ telefilm. It’s a lackluster aesthetic that sands the edge off anything interesting about the film. Between the say-nothing approach of the storytelling and the genuinely fascinating performances, this is a film that’s enjoyable to watch, but utterly boring to engage with.

Is this just a first draft screed against the commercialization of art? Is it Gilroy coming to grips with career length anxieties about creating and analyzing fiction? It’s hard to say and even harder to care.