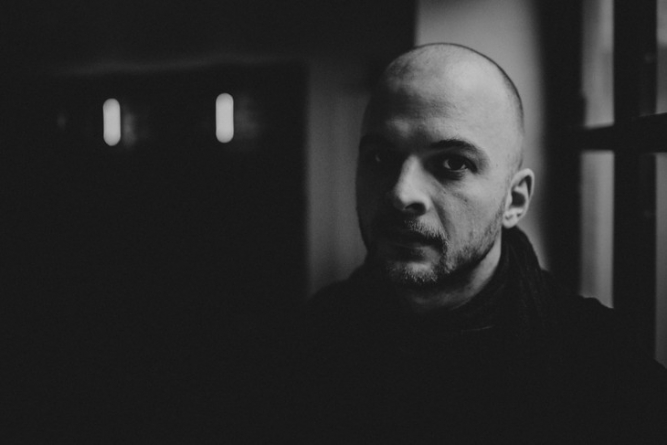 “I’m not extremely positive in general, but I try not to be negative because life is tough enough.”

Composer and pianist Nils Frahm never settles, literally. If not in the studio creating ambient soundscapes with his piano, harmonium or other beloved instruments, he takes to the stage, where he counts on the audience to inspire new interpretations of his music. Currently engaged in a new world tour, Frahm spoke to me from a world away about performing and why being “done” with something is a simultaneous blessing and curse. Check out tour dates and get tickets here.

How’s it going? You just performed in Oslo?

Oslo is a great place. Fantastic audience – really lively with original people. Last time we played here was the first full show we played before Berghain, where my equipment didn’t arrive.

What is the most demanding part about performing for you?

The responsibility for the whole production, which I’m holding in myself and my body. I try to not wreck my ankle or break my finger. Don’t get sick! There’s always a slim chance that something goes wrong, so I think the most demanding part is trying to live a life where you can communicate with your body, energy and resources and know that you are able to get it all done.

How does it feel to tour again?

Concerts are a little bit like my studio setting – what we do every night is also recorded. But when there’s a room full of people, it helps me to focus on the essence of the song. Alone I might play with a song for three hours – when there are people I try to wrap it up in as little time as possible. So concerts are essentially me refining my ideas, and that’s why it’s two sides of the same medal for me.

You speak often about how the songs you play live are quite different from their recorded versions. How do you commit yourself to recording a piece knowing you will eventually change it?

That’s something I have to live with. I write a piece for an album and then I play it a couple of years live, where I change it around. There are a lot of different versions. There are times when different versions have different authorities. I’m incapable of playing the song like I played it in ’07, but I can play another original and hopefully [good] version with authority, though it would still sound different. All these documents, albums, records, they’re interesting, but they’re dead. They’re not about what I’m all about today; they are what I was the day the record was finished. I’m updating the music constantly in a very exclusive way just for a couple people [those at shows] now and then, and in between people can look at photographs of what things looked like in the past.

To decide if a song is finished, an artist like FKA Twigs dances to her music. If she can dance to it, she considers it done. Do you have a blueprint or checklist for your music as you finish it?

If you could be done with music, what do you think you’d do?

I would tell people about the experience, what happens when you succeed at your dream. I would tell them how it feels when you reached your dream, how does it feel to finally touch the dream when you never expected to and then – you did it.

I could become a gardener, a baker, an advisor . . . I would like to do things in the real world with my hands. Tactile things, that’s my specialty. Maybe being a host, listening to people.

How does it feel to be “finished” with your music then after recording for many years?

It feels good, but it also feels like there’s still more to do. In the meantime, I think about what comes next. There’s a routine to that which is exciting too, but it’s a little bit like when the record is in shop – you’re already imagining what you want to hear.

What song are you most proud of on this record and why?

Well, I’m also proud of the songs which I left out for the album to get better. That’s a hard question because I don’t pick favorites. Picking favorites mean you have more enemies than before. If I pick a favorite then I have one favorite and a lot of less-favorites. Therefore, I am the most happy about the songs that did not make the album because the other songs could stand out as better songs.

That’s an interesting way of looking at your work. You called yourself a somber guy but you also seem very positive when you talk about what you do.

It is healthy! I feel like what I’m doing I share with a lot of people, and it would be almost inappropriate to make this [my artistry] difficult for me. Because that would make it difficult for those who support me and what I do. I find a lot of sense in trying to live a life where all these things can work out, the magic can become reality. That takes a lot of effort and strength, but in some way, it’s also just fueled by my positive feedback. It’s a minor thing what I’m thinking, it’s a major thing what everyone else thinks. When they appreciate what I do, I get a lot of strength from that.

I don’t want to drop the ball, which is different than not wanting to disappoint anyone. I try to do everything on my side to fulfill the vision of touching the dream.

Going off of that, there’s been a strong response to your work. Mary Anne Hobbs called you the most “important artist in the world right now.” How do you feel about that distinction?

I love Mary Anne, but she’s exaggerating. It makes me feel a little bit lonely. I will always look up to things, and being on top is not a comfortable thing. As much as I love Mary, I would not let her put me onto that lonesome top. It will never help me to push myself. It’s much better not to think about what level I am and instead accept that I’m not completely satisfied yet. That will make better music.

So I have to just rationalize it in a way that I can be respectful towards Mary Anne Hobbs while also thinking she’s wrong. That’s life!

You told Bandwagon that you like to take “Traditional instruments used in a way they’ve never been used before.” What is an instrument you’d like to experiment with next?

There’s nothing new I would want to get, achieve or score. I got too many things in my life and I need to focus on what’s there and combine things in interesting ways. I have all the colors and brushes and need to use them. The workshop is there and there’s no worry about anything not being recorded or made. It’s about the borders of my imagination and how I’m getting closer to that spicy place where realize all my ideas and then some. The more perfect my environment gets, the more I realize all the ideas I’m not having, and that is an interesting place to be. There, I find my inspiration, and out of that I try to touch new horizons and hopefully be able to express myself.

Who are the artists you’re most excited about in 2019?

I’m inspired by a lot of friends I work with. My father’s a great artist who just gets more and more respected as a photographer. My light designer is a great artist, there’s another person who films the whole tour. Luckily I’m surrounded by friends and people I work with who are some of the most inspiring individuals. A gardener I recently met I found to be one of the most fascinating artists.

Are there any goals you want to complete by 2020?

I want to still be there. To be still in good spirits, keep giving and receiving. Take on more responsibility as I go, just let the things happen. Whoever just defines a goal will be sidetracked from the real joy of life – letting go of the past and following the gut. My path is to become as much as a sane man as possible in whatever sense. Furthermore, I’m only able to say, man, I’m happy for every moment of life, and if I’m still here in 2020, hell yeah. If not, whatever.