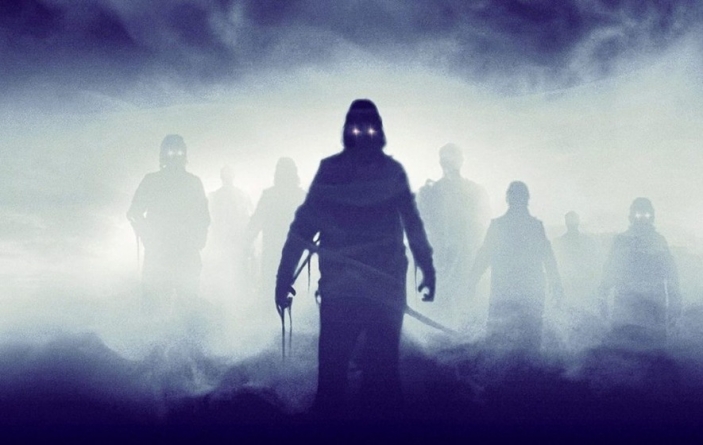 The Fog is an oft-overlooked gem of Carpenter’s filmography.

John Carpenter tackles dastardly topics with unbridled flair, endless imagination and tactical filmmaking. The Fog is no exception; it’s a wickedly fun slasher film that completely flips the script on the menacing, meditative kills that Carpenter unleashed on his characters two year’s earlier in 1978’s Halloween. The Fog is far more concerned with making us jump in our seats and then, moments later, lean forward to see what’s going to happen next. It’s a silly tale of lighthouses and ghost pirates and supernatural weather conditions, but how seriously it invests in the elements of this story makes us crave more.

The fog itself is a character, a mysterious void that holds endless possibilities. It’s like every step you take is a cautious turn around a dark corner in a haunted house. You can barely see what’s ahead, and Carpenter gets that this is what makes the story scary. The Fog has some of the most unexpected jump scares of Carpenter’s oeuvre, let alone the horror genre in general. Each time a pirate’s hook enters the visible portion of the fog with a loud, visceral jolt from Carpenter’s tension-driven score, the movie’s tempo advances into something truly exhilarating.

But in addition to the chills, Carpenter is still all about the cool. The Fog has a rhythmic flow to it, much most of Carpenter’s work, and it often takes breaks from the creepy ventures into the fog to focus on the characters entering it. We receive fully fleshed-out, well-acted depictions of people in a truly horrific situation. Much like Halloween, Carpenter’s characters aren’t just cogs in a machine where one by one they die at the hands of a murderous adversary. No, these are human beings fighting for their lives, and we can truly feel that through the way Carpenter cares for and develops these characters in addition to putting them through the slasher-film ringer.

And speaking of cool, Adrienne Barbeau as radio DJ Stevie Wayne is the epitome of it. Her soft, soulful voice and the microphone are the perfect pair, and the lighthouse radio station where she works serves as a fantastic cinematic device for the movie’s first half. We’re lulled in by her smooth vocal cadences, and that’s when the horror strikes. It’s perfectly balanced in both tone and timing, and why wouldn’t it be? If his career has proved anything, it’s that Carpenter knows exactly what he’s doing.

And that’s why The Fog has stood the test of time, despite being an oft-overlooked gem of Carpenter’s filmography. But try to deny this movie’s cool-headed charm, try to resist the fun of its flawlessly implemented jump scares. Try not to get lost in the yarn it spins, which is akin to the feeling one would get if they were sitting by the campfire, listening to a ghost story. No wonder the movie starts that way (a wise addition by Carpenter during reshoots), because that’s exactly what The Fog is. You’re so hypnotized by the story that you don’t even realize your friend is sneaking up behind you to grab you at its scariest part.