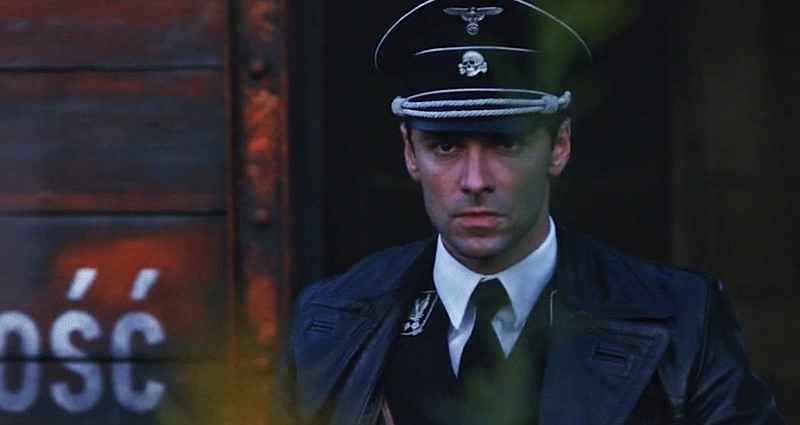 If anyone can sell this concept, it’s Sam Elliott, and he makes the movie watchable if not fully satisfying.

The Man Who Killed Hitler and Then the Bigfoot Pat Padua

With its B-movie conceit and nearly A-list production values, the misleadingly titled The Man Who Killed Hitler and Then the Bigfoot doesn’t quite live up to either end of its conflicted spectrum. But if anyone can sell the concept, it’s Sam Elliott, and he makes the movie watchable if not fully satisfying.

Calvin Barr (Elliott) lives a quiet small town life. Most days, the worst thing that happens to him is that he can’t shake a pebble out of his shoe. But when a group of young thugs try to rob him, he handily kicks their asses.

You see, Barr is a war veteran who knows how to take care of himself. In a series of flashbacks, he recalls the time that as a dashing young serviceman (played by Aidan Turner), he conspired to kill Hitler. Fans of the PBS series “Poldark” are known to swoon over Turner, and as such will be happy to see the actor with or without the facial hair that is supposed to physically connect him to Elliott. But as the young Calvin he doesn’t have much to work with; there’s a love interest (Caitlin Fitzgerald) who doesn’t generate sparks and neither does the presumably climactic confrontation with evil.

Then The Bigfoot comes into Barr’s life, and he’s carrying a deadly disease that may be the end of civilization as we know it. Well aware of Barr’s storied past and continued vitality in the face of physical danger, law enforcement agents from the U.S. (Ron Livingston) and Canada (Rizwan Manji) try to recruit Barr to take down the creature before its hairy germs escape the remote areas along the U.S./Canada border to more populated areas where they can cause widespread devastation.

Sounds like fun, doesn’t it? It’s not really. First-time writer-director Robert D. Krzykowski is patient with this material—to a fault. He makes sure we take the time to get to know Barr as more than a well-trained assassin with a mustache. Krzykowski has the great fortune to have Elliott, whose furrowed brows alone are more expressive than most actor’s puny instruments. The actor lends a credibility that you would never expect from a movie that invokes such legendary behemoths.

You would also never expect parallel Hitler and Bigfoot action to pose moral questions. Calvin wasn’t happy to kill either of his victims, even if they deserved it, and even if, in one of the rare moments when the movie leans into its exploitation milieu, the hairy beast of many names projectile vomits right into Calvin’s seasoned visage.

The Man Who Killed Hitler and Then the Bigfoot lures audiences with promises of a cheesefest on the level of David DeCoteau (see his 2014 product Bigfoot vs. D.B. Cooper for the strangely entertaining low end of its ilk). What it delivers, almost, is a contemplative character study. What it doesn’t deliver is a fully developed script or the inspiration to make this promising material fully sing. Still, thanks to its star, this is a noble failure, and one hopes Krzykowski gets the chance to cast Elliott in something more fully cooked.