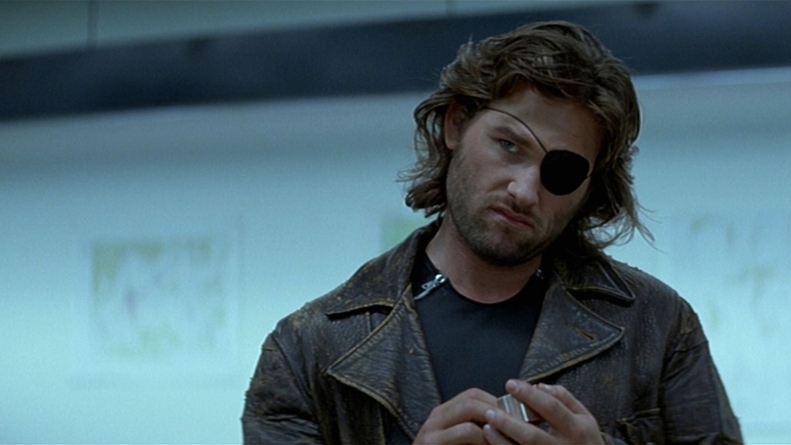 Escape from New York is intriguing because its future imagines a world that still feels as if it is a possibility.

Though he has obviously shown himself to be adept at writing and directing both science fiction and horror, John Carpenter’s Escape from New York shows his ability to balance the two genres. Released in 1981, right in the middle of Carpenter’s most fruitful period, the film is still unnerving and inspiring today. Even though we’re well past the time period (1997) of the futuristic America depicted in the film, Carpenter’s dystopian New York City remains relevant and, more importantly, entertaining. Visually, the film also holds up, even in standard definition, and time has been gentle to the delightfully retro special effects. It may be a bit rougher around the edges than Halloween, but that’s because of how many moving parts Escape from New York has.

Co-written by Carpenter and Michael Myers himself, Nick Castle, Escape from New York is set in and around the island of Manhattan, which has been blocked off and turned into an anarchic prison, where criminals are dumped and then given free rein. A terrorist hijacks Air Force One and crashes it into this Manhattan, leaving the President (Donald Pleasence) in the hands of the Duke (Isaac Hayes). The powers that be, led by Commissioner Bob Hauk (Lee Van Cleef), decide to send in the legendary war hero turned banker robber Snake Plissken (Kurt Russell) to get the President and get out.

Russell’s young, attractive face is suitably hardened up with an eyepatch and a gravelly voice, but it’s his confident athleticism that really makes his Snake such a memorable hero. Even when he isn’t the strongest guy onscreen, he carries himself in such a way that you believe he’ll come out on top. His sneer helps, too. Carpenter wisely surrounds the dry Plissken with a colorful cast of supporting characters, including Ernest Borgnine as a quirky cab driver, Harry Dean Stanton as a duplicitous engineer and Carpenter’s then-wife Adrienne Barbeau as a gun-toting beauty. Though Escape from New York certainly doesn’t blaze any trails when it comes to its representation of women or minorities, it is worth noting that Hayes’ Duke and Barbeau’s Maggie, a black man and a woman, respectively, are unique and fully-realized characters rather than the stereotypes and sidekicks similar films of the time often included.

While Escape from New York is an effective and thought-provoking thriller throughout, it is especially disturbing to watch the sequence in which the hijacker crashes Air Force One into Manhattan. The Twin Towers loom as both a first-person view and a computer simulation show the crash, and while the scene—which kicks off with a slick tracking shot and a classic zap of Carpenter synthesizer—was surely tense before 2001, it’s particularly terrifying now.

Like many of Carpenter’s earlier works, it is striking how influential Escape from New York has been to entertainment across mediums. Scenes, settings and even specific characters have inspired clones across all of entertainment. Films like Aliens and Alien 3, Dredd, The Purge and Kill Bill, video games like Bioshock and the Metal Gear Solid series, and even television shows like Sex and the City are all either obviously inspired by or overtly reference the film.

Though many of Carpenter’s films have had long lives following their releases, Escape from New York’s is intriguing because its future imagines a world that still feels as if it is a possibility. Carpenter was open about the fact that he made the film as a response to the Watergate scandal, which should at least get us excited about what similar filmmakers will do in response to Donald Trump.