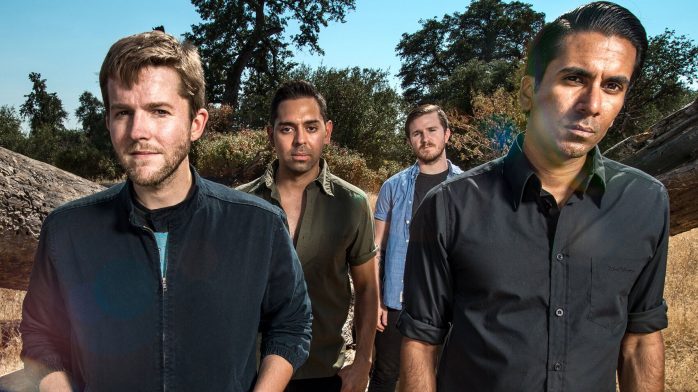 It’s jarring to see a band like Saves the Day play in a 21+ venue.

“You’re seeing Saves the Day? They’re still around?” That was the response I received upon telling my girlfriend that I’d be going to a show by the Princeton, NJ emo mainstays – and it’s an entirely reasonable question. Twenty years have passed since Chris Conley’s band released the aptly-named Can’t Slow Down, and though the scene they helped pioneer has changed as much as their lineup, the continued presence of Conley has become comforting in its reliability, even when you include the five-year gap between 2013’s self-titled album and last year’s 9.

While it’s jarring to see a band like Saves the Day play in a 21+ venue, it feels like an honest reflection of what space the band exists in in 2019’s music scene. Despite tour support by current-day torchbearers Remo Drive, their Doug Fir performance felt like it was aimed squarely at the people who have been listening to the band since their friend made them a mixtape with “Rocks Tonic Juice Magic,” right down to their scheduled 9:15pm start time (which they were, impressively, less than 10 minutes late for), likely a glad fact for the entire crowd. Conley wore a bulky leather jacket and sunglasses for the entire show, tied together with Nike basketball shoes and crisply rolled-up jeans, leading one to wonder if he was never as through being cool as he previously indicated with the rest of the band’s aesthetic swinging wildly from “perfectly coiffed hair and a tight leather jacket” to “old Power, Corruption & Lies t-shirt,” which felt more disjointed than you’d think it would.

At one point, Conley – who talked very little between songs, save for an occasional excited “SENK YOU!” – declared “We’re gonna play a hundred songs!” which didn’t feel too far off – over the course of 80 minutes, the barrelled through roughly 25 songs, from old fan favorites like set opener “At Your Funeral” to In Reverie banger “What Went Wrong,” leaving little space for the audience to catch their breath. The set didn’t really feel like it got going until halfway through, but it’s difficult to figure out if this is because the setlist became more dynamic and less of an airing of hits, or because the band themselves had settled into a groove. Even still, despite their breakneck speed, there was an air of lethargy in the proceedings that I just couldn’t shake.

An obvious consequence of a band with this many personnel changes is that the members playing songs they didn’t write can easily end up feeling like they’re just playing a part. The other members of the band only date back as far as 2009 or later, meaning only a handful of the songs played actually included the band playing onstage, save for Conley. The concept of a band of replacement members isn’t new, and while the individual energy of everyone onstage was pretty standard for the music they were playing, they lacked the chemistry required to keep the show engaging. This could have been saved by Conley’s prowess as a frontman, but on top of the fact that he only picked up a guitar for just two songs, his vocals remained buried for the entire set, robbing him of the full effectiveness of his infectious vocals.

If the crowd picked up on any of this, though, they didn’t let it show. They danced, angrily pointed their fingers at the stage while shouting back at Conley, and even started what appeared to be a tiny moshpit. By the time they reached their one-song encore – “Rocks Tonic Juice Magic,” naturally – the sold-out venue was a joyful mess. The crowd’s reaction almost made me wonder if I’d just missed something in not feeling as energized by their performance as the rest of the room, or if they did notice the issues, but chose to prioritize shouting “HEART IS ON THE FLOOR!/WHY DON’T YOU STEP ON IT?!/WHEN I THINK OF ALL THE THINGS YOU’VE DONE!” with 300 other emo-lovers. In the end, isn’t that what seeing bands like Saves the Day is really all about?