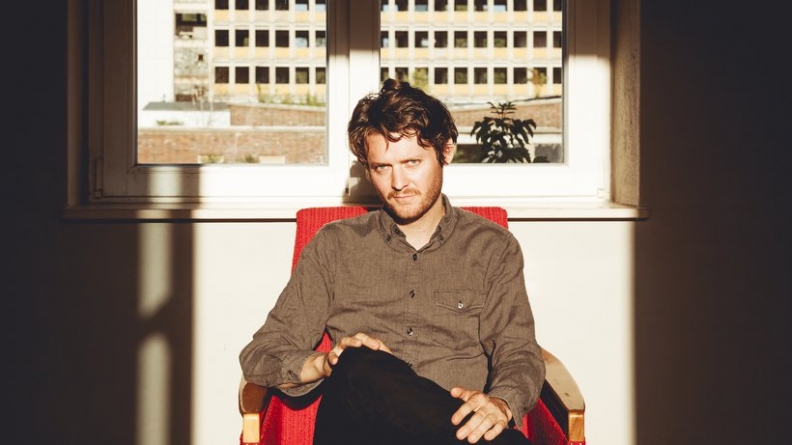 Frontmen always feel like the focus of their bands, but with Beirut, each member feels just as important as the next.

I’ve seen Beirut twice, but while both experiences were great, neither time was really about Beirut – rather, they provided the soundtrack to other things. The first was a late summer evening many years ago, and my friends and I left the show, being played in Portland’s Pioneer Square, early to get high on a rooftop, as Zach Condon’s loving tributes to Balkan music wafted through the Portland air. The second, which was also outdoors, was the backdrop of an early date with a new partner. If this all sounds cinematic, you’re probably right – but for many, the music of Beirut acts in exactly this way, as the music that plays underneath the scene, rather than existing in the foreground. For the band, this is a wildly successful aesthetic, made all the better by the fact that, once you dig in, the music is very good.

Part of the appeal of seeing them in a concert hall rather than an outdoor space – outside of the fact that the idea of seeing live translations of the songs from this year’s fantastic Gallipoli is too good to pass up – is because it forces the focus towards the band themselves, leading you to a place where you actually focus on the music itself. The Schnitz is a sonic juggernaut boasting some of the most pristine sound in Portland, providing optimal conditions for the experience: poor sound muddying the mix and making it difficult to pick up on the depth of sound Condon utilizes as a bandleader, and how well he uses his own voice as an instrument.

It shouldn’t come as a shock that those predictions turned out to be incredibly true. Every moment of the band’s 90-minute set sounded pristine, with each arrangement balanced so that you could still pick up on specific instruments, rather than having to fish them out of the soup. What’s more, Condon’s voice was noticeably higher in the mix, meaning you could actually hear his lyrics better than you can in their recordings. As you would probably guess, this isn’t the kind of band to dabble in theatrics when it comes to stage production, instead choosing to perform in front of a white backdrop, onto which they’d projected variously-colored lights, which danced, faded, and strobed along with the music. The various members were given lights at their feet to illuminate them when needed, but this was the flashiest part of the show.

As for reframing a passive concert experience into an active one, the first thing that caught my attention is that Condon simply doesn’t fit the role of a frontman, and why “bandleader” is such an apt title for him. He addressed the crowd only occasionally, in English, Spanish and what sounded to be German, making small comments on what he’d had to eat today (“Breakfast burritos and stuffed sopapillas!” he said, patting his stomach”) to pointing out the two Oregonian natives in the band – but largely it felt like he was truly on the same level as the rest of his band. Frontmen always feel like the focus of their bands, but with Beirut, each member feels just as important as the next. That said, it was thrilling to hear the band cheer as Condon, three songs in, picked up the trumpet he’s become so inextricably linked to since The Flying Cup Club roped everyone in.

The setlist, too, felt like it was put together with craftsman-like precision, each song complementing each other effortlessly. They leaned heaviest on Gallipoli, as to be expected, but devoted more or less equal time to every other album, while saving time for a spattering of non-album tracks, like “Elephant Gun,” the March of the Zapotec EP highlight “The Shrew,” and a cover of fellow Balkan devotees A Hawk & a Hacksaw’s “Serbian Cocek.” The crowd hung with every stylistic turn, from the old world textures of “Postcards From Italy” or main set closer “Nantes” or the more Southwestern tracks like “Santa Fe” to the lounge jazz landscapes of Gallipoli’s “Corfu” and “Gauze für Zah” – with the lounge vibes of the latter progressively growing into a wall of sound, the crowd cheering them on beneath the growing squall. The singular drawback of seeing the show in this space was that, despite how rooted in human movement this music is, nobody in the crowd danced until their encore. That people were able to stay still for this music shocked me, and I truly wish Portland danced at shows more.

Despite my complaints about the stationary nature of the crowd, Beirut’s performance was everything I wanted it to be: sonically perfect and deeply satisfying. Despite having no desire to trade the magic I got from my first two Beirut shows, watching them in such a fantastic environment made me wonder what beauty I’d missed in allowing Condon to be the bandleader of my own movie soundtrack. With any luck, I won’t let myself get distracted the next time.