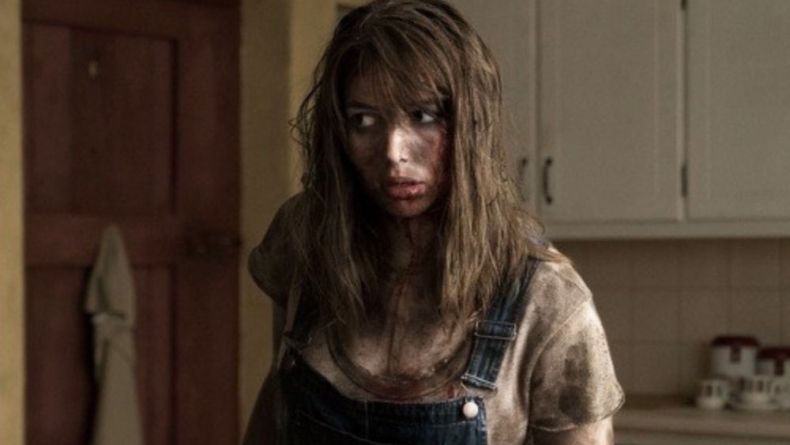 The Hole in the Ground wields its heavy-handed metaphor like a cudgel.

The Hole in the Ground Josh Goller

Lee Cronin’s debut feature The Hole in the Ground preys on the fear of someone close to us becoming unrecognizable. Early on, the film evokes the same ominous atmosphere of mounting dread that other recent A24 releases such as It Comes at Night and The Witch) accomplished. But unlike last year’s Hereditary, which applied common horror tropes to a twisted tale of grief, once the evil forces at work begin to manifest here the story loses momentum and wields its heavy-handed metaphor like a cudgel.

Most effective when it maintains a sense of ambiguity, this bluntly titled horror revolves around an uncanny concept reminiscent of “The Twilight Zone.” Soon after Sarah (Seána Kerslake), a young Irish mother new to a small, rural town, discovers the massive crater of a perfectly round sinkhole in the forest near her new home, her son (James Quinn Markey) disappears into the woods one night. After a frantic search of the surrounding area, she finds the boy safely back in his room, insisting he never left. As the days go by, she notices odd shifts in his behavior: Once a fiercely picky eater, he now ravenously shovels in his dinner; he forgets playful games the two once shared; he suddenly seems much stronger than before. When he forcefully shoves a heavy table across the room, the film’s central metaphor takes hold, as the boy’s growing threat of violence echoes the abusive relationship from which its heavily implied Sarah had just escaped.

The theme of a mother not recognizing and developing aggression against her own child was played far more effectively in 2014’s The Babadook. Cronin’s film is most effective when uncertainly looms over whether the changes Sarah witnesses in her son are really all in her head, but the boy’s menacing behavior becomes too outlandish. At one point, the arachnophobic boy is even seen through a keyhole creepily eating a spider. The mystery over whether any of this is just delusion (after all, Sarah has stopped taking her pills) is largely quashed by the presence of a local crazy woman (Kati Outinen), who years earlier ran over her own son with a car when she insisted he was an imposter. When she hisses at Sarah that the boy is not her own, it actually puts a damper on the tension and ramps up the film’s derivative elements.

The depressed Sarah climbing into and emerging from a literal pit in order to save her son and herself is simply too on the nose. What started as a subtle meditation on the fear of seeing a one’s child grow increasingly alien becomes laden with forced symbolism and an increasingly hokey body-snatcher plot. A film that initially relies on atmosphere—an opening shot depicts a road snaking through the forest turned upside-down, and another shot shows the boy’s face grotesquely contorted by a funhouse mirror—devolves into a trite genre contrivance. The mystery of gaping, otherworldly sinkhole and a potentially compelling psychological element are undercut by a shallow, well-worn story that never quite gets off the ground.