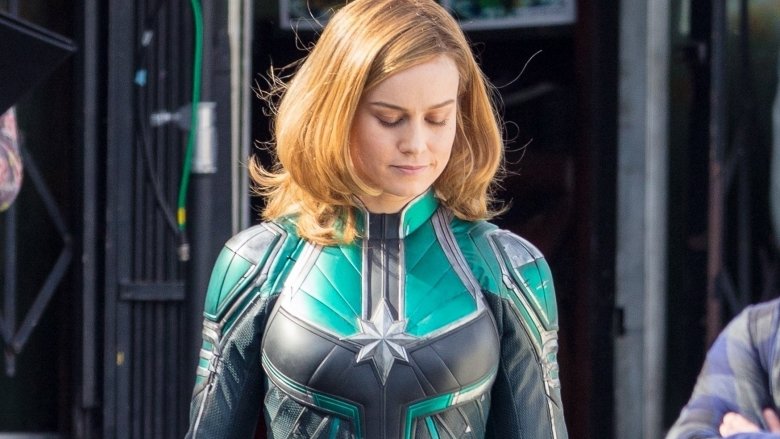 The latest Marvel release is being positioned less as an actual film and more a wokeness bargaining chip for social media debate.

Everyone’s going to be talking about Captain Marvel for the next few weeks, as it’s inarguably the biggest film being released in the world, but precious little of that chatter is going to be about the film itself.

As with last year’s Black Panther, the latest Marvel release is being positioned less as an actual film and more a wokeness bargaining chip for social media debate, only where last year the conversation was centered around representation along racial lines, this year it’s largely about gender. Captain Marvel is the first MCU film to be fronted by a female star (in this case, the very talented Brie Larson) after a decade of the opposite, so it stands to reason that there would be a Ghostbusters-esque showdown between mouth-breathing Men’s Rights Activists and feminist film fans, but the digital back and forth is even more convoluted than that simple right and wrong binary.

The film’s marketing is reaching Michael Bay levels of military-industrial complex pandering, which, alongside Marvel’s weird relationship with Northrop Grumman, has given folks pause. Does seeing this film mean you’re supporting diversity in genre film or does it mean you’re aiding a corporate-spun military recruitment tool?

The answer is neither. This is a superhero movie. In fact, it’s basically the same superhero movie we’ve seen roughly three to five times a year for the last several years. Perhaps the reason so much of the Captain Marvel discourse has expanded into this larger interconnected web of special interest group opinions and the inescapable tendrils of late capitalism is because it’s more stimulating to fight about each of those issues than it is to unpack an empty box. There just isn’t that much to say about this movie and that’s basically by design.

Half-Nelson directing pair Anna Boden & Ryan Fleck, along with a coterie of female screenwriters including Nicole Perlman, Meg LeFauve and Tomb Raider reboot scribe Geneva Robertson-Dworet, were tasked with making Captain Marvel’s mixed-up history into a coherent and unified superhero origin story in the MCU mold. Unlike DC’s Wonder Woman, Marvel doesn’t have the luxury of a century old pop cultural icon as their First Lady, so the creative team dismantles and rearranges elements of Carol Danvers’ Green Lantern-y origins into a coherent narrative about an Air Force pilot with amnesia who thinks she’s an alien super soldier.

Technically a prequel, the film utilizes its 1995 setting to fill in some MCU history blanks, like figuring out how Nick Fury (Samuel L. Jackson) lost his eye, or finding out how long it takes for things to download on the prehistoric internet. Oh, wait, no, it’s much more of that latter than the former. Anyone hoping for a fascinating expansion of the Marvel mythology is going to have to settle for Buzzfeed ’90s Kid bait masquerading as comedy, all delivered with the identical MCU sense of humor that is effortlessly charming in the moment, but groan-inducing hours later when one ponders how much screen time it took up.

What’s so frustrating about Captain Marvel is that, at its core, there’s a truly engrossing narrative surrounding Carol and her best friend Maria (Lashana Lynch) and their mentor Dr. Lawson (Annette Bening), but the decision to make Carol’s history a mystery means we only catch it in glimpses between much less interesting material. In interviews, Larson talks about how much these relationships meant to her in the script, but in the finished product, they’re just glimmers of hope for a better, more emotionally engaging film than the one we get.

Larson, herself, is a welcome presence to these films, but her character is less a character than a collection of quirks and entertaining line delivery. At one dramatic moment, Carol exclaims about not even knowing who she is, but the real tragedy is that the audience doesn’t either. When her best friend comforts her with a monologue about her identity and character, that just isn’t a sufficient substitute for letting her actually have one. The closest the film gets to exploring gender equality the way the marketing would suggest is a climactic sequence that, at best, resembles a Super Bowl ad leveraging feminist iconography to get you to buy something.

Captain Marvel is one of the most expensive movies of the year and it still looks ugly and drab and universally less cinematic than most modern television series. The editing style used for exploring the non-linear nature of Carol’s story feels formally inventive at times, compared only to other MCU films, but the action and everything else is the same rote, beat-for-beat second unit mediocrity we’ve come to expect from this brand.

Why mess with a successful formula, one might ask? Well, it’s because as much as this film breaks a glass ceiling for women in the superhero genre, the MCU still lives under a domed limit of their own creation. Sure, because they’re fun and entertaining and people love the characters, they’ll keep getting high grosses, so they can’t lose. But if there’s no risks taken, ever, then how can they truly ever win?