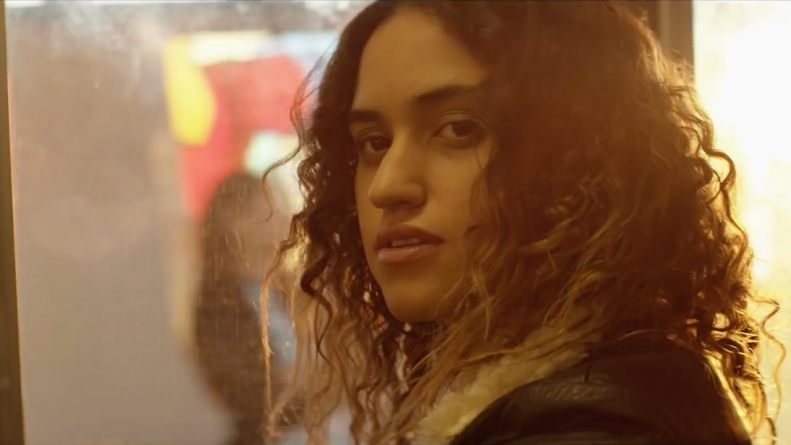 In five years, Lorely Rodriguez – otherwise known as Empress Of – will be a megastar.

In five years, Lorely Rodriguez – otherwise known as Empress Of – will be a megastar. She’s got the talent and presence required to take her to even bigger stages and she’s driven enough to make great pop music that will move anyone to dance. Last year’s Us, while a lesser work than her self-produced debut Me, confirmed these suspicions, and for anyone who saw her recent Portland date feels merited. But for now, Rodriguez plays in venues such as Star Theater, where she performs her magic in a tiny room.

Pop music in intimate venues is always a treat purely because it gives the performer license to be more human. While many of her lyrics could lead you to believe that she’s made of pure self-confidence (“Nothing comes between us/ But a piece of latex/ When you tear my clothes off/ Like I was a paycheck” springs to mind immediately), the reality is totally different. Rodriguez is a huge dork, rambling while nervously screwing around with her mic stand and thanking the crowd for coming out on a snowy Wednesday. But when she performs, she’s a ball of energy and bravado on top of being a supremely talented singer and songwriter. She and her bandmate, Erin Fein (aka Psychic Twin) wore matching silver skirts and high-cut crop tops, which late in the show Rodriguez thanked her mother for making–an incredibly sweet note.

When Rodriguez performs, she embodies the charisma and swagger that she’s imbued her music with since Me, with a live act to match. She danced and sang at center stage as she and Fein were each armed with drum pads, synths and a single cymbal. Us was, as its title suggested, more of a group project than the singularly-made Me, which I felt robbed the album of some of the raw power present on her debut. However, in person, with just Rodriguez and Fein, the music felt more exhilarating, one of the few times where pop music would not be made better by the presence of a live backing band.

The duo played through most of Us and a dash of Me, with a dose of non-album tracks like “Woman is a Word” and Spanglish “Trust Me Baby” B-side “In Dreams,” not to mention closing her two-song encore with a cover of Blood Orange collab “Best To You.” Each song was made better by simply being played live, where songs like “Love For Me” and “Just the Same” could be stitched together elegantly, with the bass turned up. Make no mistake: these were meant to be played live, with a crowd full of people eager to dance, which she pulled off despite Portland’s increasing tendency to resemble the town from Footloose. The biggest downside was that it was simply too short; a tight hour might be the norm these days for a lot of shows, but it’s hard to not wonder why this shift happened. But Rodriguez was charming till the end, taking the shortest encore break I’ve ever seen, lasting roughly 90 seconds: “It’s cold, y’all gotta get home!” she declared after returning.

In five years, with any luck, Empress Of will graduate to much bigger venues. Anybody lucky enough to see her in such small rooms gets a glimpse of what people all too frequently sleep on: That early state when the superstars of tomorrow are still performing in homemade costumes and fumbling with their mics, before sheer talent carries them into the big leagues. See her now in this magical state, while you can.