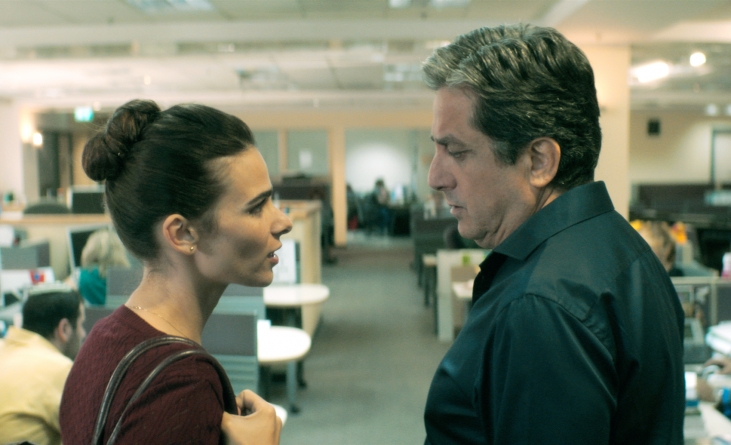 Only looks at the most obvious manifestations of (cis-hetero) male dominance.

The centuries-long drive for gender equality (and, today, gender expression equality, too) has faced resistance of many kinds. So has every movement for social justice. Among the more insidious forms of these various resistances is that of well-intentioned co-optation by those unwilling (or incapable) of fighting hard enough to really foment change. A clear example is the condemnation of overtly racist organizations: it is inarguable that the KKK is damaging for black folks, but, because this is obvious, it does not need to be stated, yet people do (and usually loudly) condemn the KKK as harmful for black folks. Here is the hard part to grasp: this is actually counter-productive to the black freedom struggle, because almost the entire population of the United States already knows and believes that the KKK is evil and focusing on such easy targets allows everyone else to look good by comparison and feel that they, by condemning and/or by not joining the KKK, have already participated in the black freedom struggle. But the KKK is not the problem, but rather a mere symptom of racial injustice. It is a waste of activist energy to pick easy targets. This carries over to the cultural products we consume. The ready availability of art that virtue-signals that it is “woke” without being challenging to the person consuming it is everywhere. Watering down movements for equality so that they become agreeable to a majority of the people who spend money is a great way to sell books or films, but it is not going to change the world.

This is a very long preamble to Working Woman, the second feature-length fictional film by Israeli documentarian Michal Aviad, but it is necessary context. This is because Working Woman is precisely this type of art: a milquetoast effort that probably sees itself as contributing to the momentum generated by the #MeToo movement to push for gender equality and the abolition of sexual harassment in the workplace, yet ultimately is only channeling the justified rage #MeToo has sparked in a harmless and obvious direction. In other words, while The Goddamn Patriarchy is real, Working Woman does nothing to help us see it or combat it.

The film follows Orna (Liron Ben-Shlush), an Israeli mother of three, happy to catch a break and get a high-powered, high-paying job with a real estate mogul. Yes, insert analogies to a certain misogynist Real Estate Mogul-in-Chief, because this film is as subtle as a punch in the nose. Her boss, Benny (Menashe Noy), is a slime ball who quickly escalates from sexual harassment to sexual violence while being oblivious to his transgressions. When a shame-faced Orna finally comes clean to her husband about it, he too reacts as poorly as he can, blaming Orna and making himself the victim. None of these three characters are real people: they are caricatures from a PSA about how to stop sexual harassment in your workplace. The male characters are so overtly misogynist as to render them unbelievable; no one is that accomplished at being an absolute shithead. There is a wooden-ness to Working Woman’s portrayal of these characters and issues that is so viscerally false as to dash any of its potential tension and energy against the blunt rocks of its virtue-signaled messaging.

The results are two-fold. First, this is a rather boring film: imminently predictable, with characters so straw man-natured that their stuffing is visible and dialogue—at least as it is translated in the subtitles—so lifelessly corny that it could have been produced by a mid-level HR hack at your local Fortune 500 for the company orientation video on sexual harassment. Second, this is an easy way out for viewers who truly want a more gender equal world, but want to work for it by providing as little effort as possible. Men can see Benny and say that they are not like that, can see the husband and think they would have reacted better and can then smile that they are helping overcome misogyny. Women who are suffering under much subtler forms of gender violence will see Orna and think that as long as that does not happen to them, then their circumstances are bearable. What is being lost is a frank understanding of how foundational gender violence is to 21st century society because our cultural products, like this film, only look at the most obvious manifestations of (cis-hetero) male dominance.