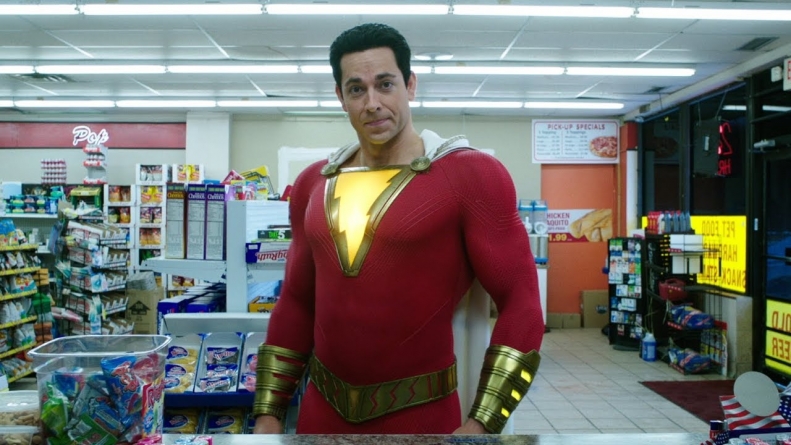 A heartfelt family film with a distinct, if occasionally sentimental, voice.

Doubling down on the newfound formula that propelled Aquaman to global box office success, Shazam! helps the DCEU move even further away from Marvel’s paradigm, delivering a heartfelt family film with a distinct, if occasionally sentimental, voice. It’s a superhero movie that’s hard not to like, even if there’s little to no new ground being broken.

Once again, we have an obscure DC Comics character, this time (the original) Captain Marvel, here renamed to the magic word that gives the hero his powers for logistical/legal reasons, helmed with inventive verve by a director known for horror films—in this case, Annabelle: Creation’s David F. Sandberg. It may seem tiresome to compare every new superhero movie to the indomitable MCU measuring stick, but it’s impossible not to come out of Shazam! feeling like it’s a much-needed breath of fresh air from the unadulterated Disney dominance.

The film has more of a fantastical, magical nature than other sci-fi based superhero flicks, and that’s by design. Captain Marvel’s comic book origins precede many of the more popular elements of the way Superman stories became traditionally told. So in recent years, writers like Geoff Johns reconstituted the character’s mythology to focus more on wizards and family, probably to appeal to Harry Potter fans. For diehards, it may feature a lot of narrative changes, but for, y’know, regular-ass people, it’s a relatable and sweet tale.

The key trick of Shazam! is that its hero, Billy Batson (Asher Angel) is a teenage boy who transforms into an adult hero (Zachary Levi) whenever he says the name of the wizard (Djimon Hounsou) who crowned him champion of the mortal realm, protector of magic from the Seven Deadly Sins. Just as the Wizard chose Billy, the Sins chose Dr. Sivana (Mark Strong), a man obsessed with the Wizard after being turned away from the role of champion for not being pure of heart. So, the two of them end up fighting!

But that’s not the actual thrust of the movie. Yes, that’s the superhero-movie spine, but the rest of the flick is about Billy, an orphan who has run away from every foster home he’s ever been sent to, trying to adapt to a new home run by parents who were orphans. Billy primarily bonds with Freddie (IT’s Jack Dylan Grazer), a disabled superhero-obsessor who proves crucial in keeping Billy’s secret and helping him hone his power, because the real meat of the movie is all the broad humor that can be wrung from a child being given an adult body and near limitless power.

It’s basically Big but with capes and the added bonus of some very John Hughesian family drama at its core. Everything with Billy and his new siblings is played with such sincerity and heart that by the time the superhero tropes kick back in for the third act, it’s hard to care that they only mask those genre foibles by poking fun at them, not genuinely improving upon their general tedium as storytelling crutches. Once the movie goes whole hog and adapts a more unique (and spoiler-y) element of the newer Shazam mythology, whatever trepidation the audience might have about having seen this final showdown by now will have completely evaporated.

The film is connected to the other DC films just as much as it needs to be, but not in a distracting way. It’s given room to create its own unique corner of that world, with its own specific visual language and tone, and while that’s a low bar to clear, after this year’s Captain Marvel from the opposing team, it feels like a godsend. It could definitely be 20 or 30 minutes shorter, and it would be nice if Levi and Angel’s twin performances felt more like two halves of a whole overall, but Shazam! is such an entertaining and heartwarming endeavor that those quibbles are really difficult to gripe about it.