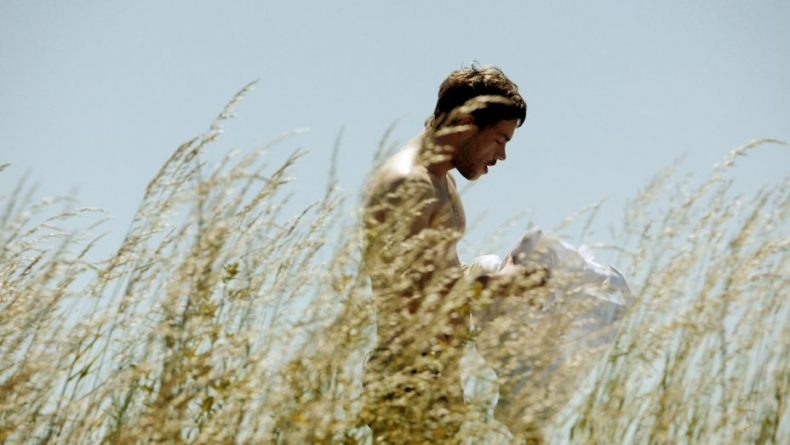 While it’s not a sexy film, it portrays sex work without sugarcoating it or debasing it, which is not only a difficult achievement but an admirable one as well.

The recent death of French auteur Agnès Varda, despite her long life, devastated many cinephiles. Varda worked right until the end of her 90 years; her 2017 documentary Faces Places racked up awards and she became more accessible to her admirers in her later years. But imitation is the sincerest form of flattery, and with his feature debut Sauvage, writer-director Camille Vidal-Naquet imitates Varda’s 1985 Vagabond in ways that will delight grieving fans while also pleasing those looking for a nuanced look at both personal and professional gay male sexuality.

Like Vagabond, Sauvage follows a mesmerizing but likely doomed central character—in this case, Leo (Félix Maritaud), a gay male prostitute working the streets of Strasbourg. Though he’s head-over-heels for rival prostitute Ahd (Eric Bernard), most of Leo’s adventures (and thus, the film’s) come from his encounters with clients. Things start with a bang as we are first introduced to Leo while he’s at what seems to be a doctor’s appointment. But the doctor rather suddenly grasps Leo’s penis and strokes it feverishly. Many of Leo’s encounters are like this, as Leo attends to busy, haggard and lonely men who are simply looking for companionship or release.

But Leo’s naiveté makes him fodder for harder, more jaded, men, Ahd included, and Leo’s already precarious position in the world begins to unravel as his innocence and enthusiasm are exploited. While Leo jumps into every encounter with gusto, reveling in the sex but, more meaningfully, with the intimacy of his encounters, he appears to be in decline. This is where Vidal-Naquet and Maritaud are most successful, as while Leo changes little, the audience becomes increasingly clued into how dangerous his world is. Jacques Girault’s gritty but generous cinematography is particularly important in achieving this, as Leo’s world is painted as dirty and precarious but also sexy and full of possibility.

Maritaud, who made a strong impression in minor roles in the recent queer French films BPM and Knife + Heart, is extraordinary here. His Leo is simultaneously a lost innocent yet also a gung-ho sex-bomb. He’s most frequently portrayed as a loyal puppy of a man, particularly in a scene in which Ahd shuts Leo outside as Ahd attends to a client. Yet he’s also sexy and, in many of his encounters, is the one providing the solace to other lost men.

Sauvage, which is the French word for “wild,” cuts away too often and ends too metaphorically to be a true, vérité-style look into the life of a sex worker. Yet it hits hard, particularly as Vidal-Naquet confidently portrays sex, particularly transactional sex, as erotic and exploitative all at once. For Leo, this is survival, yet he also seems to truly enjoy his work, which serves not as an endorsement of prostitution as a career path but rather as a nod to the nuance of the experience of the real people who practice it. The meaning mined from Leo’s experiences would make Agnès Varda proud, as would the gnarled, gravelly path that Sauvage walks. While it’s not a sexy film, it portrays sex work without sugarcoating it or debasing it, which is not only a difficult achievement but an admirable one as well.