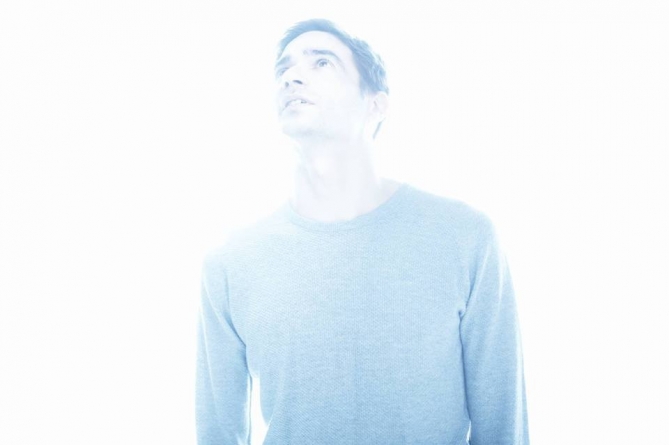 Is IDM the type of music where one is supposed to face the stage and nod in admiration or should it compel us to take to the floor and dance?

Seeing Jon Hopkins live is an interesting proposition, especially in a venue designed for rock concerts. Coming to town in support of his acclaimed new record, Singularity, the Mercury Prize-nominated artist does all his work behind a table, fiddling with laptops and soundboards. Unless the audience has come to get down, is it possible to hold interest for 90 minutes by simply watching someone manipulating music designed for the dancefloor?

Hopkins, initially a session player for Imogen Heap, Coldplay and Brian Eno, broke out in 2013 with Immunity, a record that made him one of the preeminent names working in techno today. Unafraid to pump up the beat with house music or turn things down with ambient chill-out sounds, Hopkins definitely knows how to work the floor, pushing his giant beats through if you have a sound system big enough to support them.

Though not entirely sold-out, plenty of people turned out, packing the 778-person capacity Wonder Ballroom to see the English musician. A guy I knew who was standing up front had already seen Hopkins in another city but was impressed enough to come out again. But is IDM the type of music where one is supposed to face the stage and nod in admiration or should it compel us to take to the floor and dance?

Hopkins opened the show with the first few tracks from Singularity, the album that he explained to the The New Yorker sprang from “desert treks, controlled breathing [and] freezing baths.” It’s music that knows how to work the crowd, moving like the best rollercoasters or horror movies, where anticipation builds and builds to a glorious moment of ecstatic release.

People did dance during Hopkins’ set but it was the awkward, forwarding facing grooving that comes while watching a show rather than getting truly lost in the music. Some folks broke off to dance together while others made out in the corner, but most people jostled to get closer to the stage. While it was a pretty impressive turnout for a Wednesday night, people streamed for the exit just before the encore, giving those who stuck around a little more breathing room to move around.

As a performer, Hopkins appeared low-key and humble. He didn’t pump his fists in the air, make gestures or even really look at the crowd. Instead, he intently worked at his table, barely acknowledging us except for tipping his cup during breaks. For someone so unassuming to create such beautiful music is proof of an artist who gets lost in his work, something that is a testament to his process.