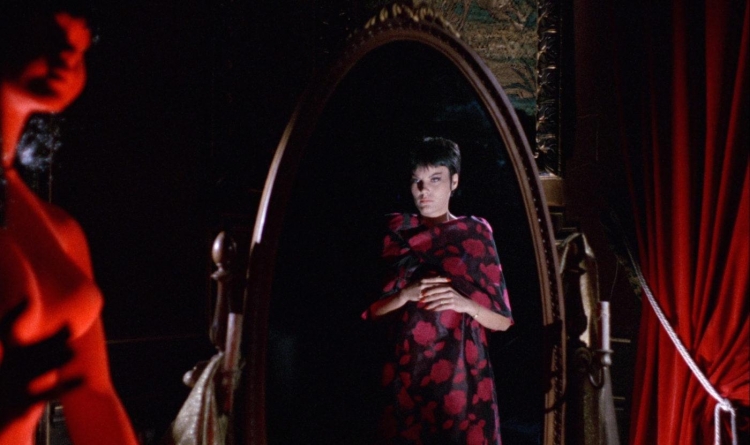 Blood and Black Lace is one of the most influential horror films of all time.

Mario Bava’s bonkers 1964 slasher film Blood and Black Lace is one of the most influential horror films of all time and one of the very first of the stylish, popular Italian horror giallo subgenre. Yet Bava’s film gets little respect, particularly when compared to later ‘60s and ‘70s horror that would have been different without its existence. This is partially due to the fact that it paved the way for later, crazier gialli like Dario Argento’s Deep Red and The Bird with the Crystal Plumage, Lucio Fulci’s Don’t Torture a Duckling and A Lizard in a Woman’s Skin and Bava’s own A Bay of Blood. The other issue is Blood and Black Lace’s narrative makes little sense and carries little weight, even by giallo standards. But to judge the film for its plot would be folly; it’s a stylistic masterpiece, one that holds up today, 55 years after its initial release.

Released in Italy under humorously on-the-nose title Sei donne per l’assassino, which translates to Six Women for the Murderer, Blood and Black Lace follows along as a masked killer offs the beautiful employees of a fashion house one by one. The killer, whose mask is made of women’s stockings and who wears a fashionable raincoat, is like a more elegant Michael Myers, blank-faced and decisively brutal. As the murderer continues to hunt, a diary of one of the victims comes to light, which leads to a cyclone of squabbling and backstabbing within the fashion house. In typical giallo fashion, a detective gets involved, but the ingenuity and desperation of the killer, as well as the viciousness of the victims themselves, appears to be more than he can handle.

The kills are brutal and perverse, yet filmed with such an attention to detail that they’ll hold even the most squeamish eye. These murders are also brilliantly staged, though a first-time viewer today might not realize it as many of them have been copied to the point that they will appear rather familiar. Of particular note is the opening murder, which is directly referenced and expanded upon in Argento’s later, more famous Suspiria.

The domination of Blood and Black Lace by female actors is striking, even though gialli are generally female-centric. This is, of course, a complicated sort of feminism, with women being brutalized in sadistic and terrible ways. Yet, in Blood and Black Lace, women are also capable of violence themselves. They are also business owners, hard workers and emotionally complicated. It is amazing to see women have more agency in a film from the ‘60s than they do in many films today. Of course, the women are still primarily white, beautiful, thin and obsessed with romance, so it isn’t a perfect portrait of feminism that Blood and Black Lace paints.

Blood and Black Lace clearly influenced many filmmakers, most notably Bava’s most famous contemporary, Dario Argento, whose first giallo, The Bird with the Crystal Plumage, bares striking similarities with Bava’s film. John Carpenter, George Romero, Brian De Palma, David Lynch and even Quentin Tarantino obviously draw inspiration from the film as well. The lurid colors and the sexy, squeamish intersection between fashion and violence make Blood and Black Lace the perfect reference for these filmmakers and many others. Yet none of these filmmakers have managed to recreate Bava’s glossy, fashion-magazine approach to horror, a genius example of art imitating life and one that is still unique and impressive today.