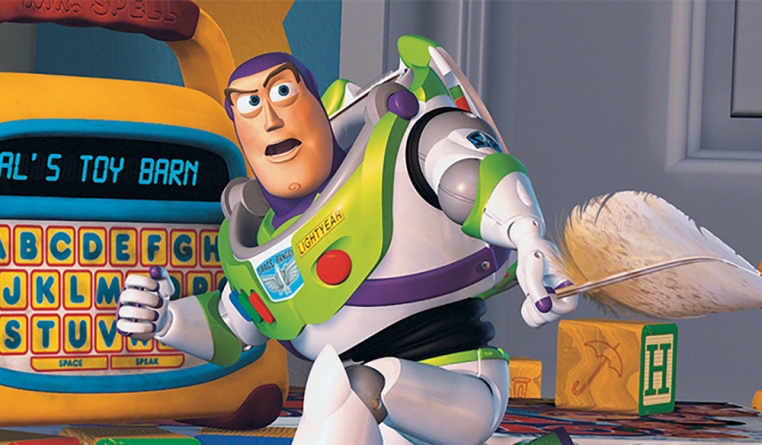 How would a toy feel if they’ve never been loved or played with?

The Empire Strikes Back. The Godfather: Part II. Terminator 2: Judgment Day. There are certain films that always come to mind when cinephiles discuss the greatest sequels of all time, but there’s an animated gem that should be discussed amongst these masterpieces. Brought to us by Pixar Studio in 1999, Toy Story 2 was originally envisioned as a direct-to-video sequel, but thank goodness it eventually grew in scale and evolved to a theatrical release. Despite its production struggles (while Pixar films normally take years to make, the schedule was condensed into a nine-month period), Toy Story 2 is an opus of the animated form that indubitably tops the already-iconic efforts of its predecessor. With such a gargantuan reputation to live up to, it’s miraculous how fun, entertaining and surprisingly moving the film is. On its 20th anniversary, let us celebrate what is arguably the greatest animated sequel of all time.

After the establishment of characters in the first film, Toy Story 2 allows its viewers to further immerse themselves in the happenings of these anthropomorphic dolls and action figures, proving that they are anything but artificial. Before the sequel even begins, we’ve already grown attached to Woody (Tom Hanks), Buzz Lightyear (Tim Allen) and the entire eclectic collection of toys played with by Andy. Where Toy Story experimented with the playful concept of toys coming to life while their owners were away, Toy Story 2 takes a bolder approach and digs into the idea that these plastic playthings actually have souls, emotions and aspirations. It’s rare to find a kids’ film that probes the depths of existential dread, but Toy Story 2 is that film.

As a result, it’s a work that accomplishes its goals of entertaining and affecting both children and adults alike. For every spirited, adventurous moment comes a soulful introspection. In one moment you’re thrilled by a battle between Buzz Lightyear and the menacing Emperor Zurg, and like whiplash you suddenly find yourself tearing up during Jessie the Cowgirl’s (Joan Cusack) heartbreaking “When She Loved Me,” performed with emotional excellence by Sarah McLachlan. The song explores Jessie’s past, where she was the beloved doll of a girl named Emily, who eventually outgrew Jessie and donated her. It mirrors Woody’s fear of being forgotten by Andy someday, and further stirs his curiosity about immortality at the hands of a toy collector who steals Woody after a mishap at a yard sale held by Andy’s mom. It’s the push-and-pull of past, present and future that drives the ambitions of all the characters in Toy Story 2, and the ultimate result is something that is perfect, poignant and powerful.

How would a toy feel if they’ve never been loved or played with? This
question is answer in the form of Stinky Pete (Kelsey Grammer). What if a toy is forgotten? Turn to Jessie’s character development, or empathize with the plight of a charming penguin with a broken squeaker named Wheezy (Joe Ranft). All these feelings felt by toys are universal emotions that penetrate the human psyche day after day, and Toy Story 2 is an immensely stirring affair because of it. We’re all scared of being abandoned by those we love. We all think about what happens after we lose the things we love most. We also all enjoy being entertained, and Toy Story 2 covers all the bases. One minute you’re laughing, the next you’re crying, and this dichotomy is what helps make films so dynamic and great. Toy Story 2 fits the bill perfectly.