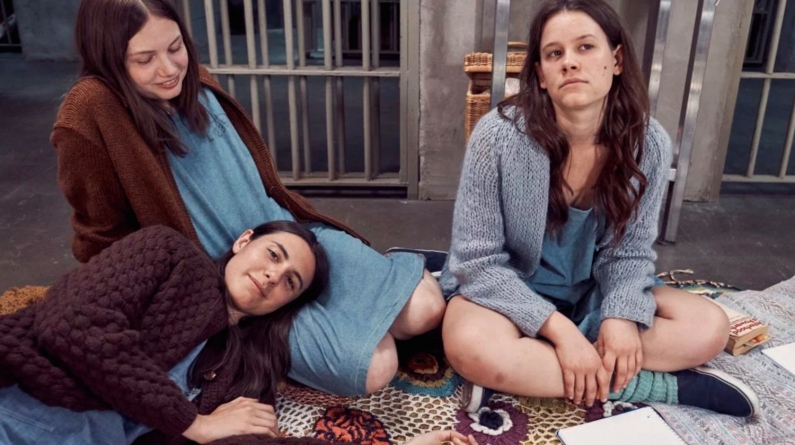 Charlie Says, for all its contemplative trappings, is no less exploitative than many other Manson films.

To many, the Manson Family murder spree killed the free love ‘60s. During the summer of ‘69, the mesmerizing influence of Manson—who never physically killed anyone himself—infamously led his hippie commune cult followers to brutally slay nine people at four Los Angeles locations at his behest. Now 50 years later, these brutal and senseless killings are the focus of no fewer than three feature films in 2019, with Mary Harron’s Charlie Says joining The Haunting of Sharon Tate and Tarantino’s forthcoming Once Upon a Time in Hollywood. Each project approaches these crimes from a different angle. Harron’s film attempts to humanize three Family members in particular, women who were driven to horrific acts all because—the film would have us believe—they simply wanted to be loved.

Split into two parallel timelines, Charlie Says focuses on the murderous trio of Leslie Van Houten (Hannah Murray), Mary Bruner (Suki Waterhouse) and Patricia Krenwinkel (Sosie Bacon). They maintain their faith in Charlie even while they are held in adjacent cells in an isolated prison wing, and the film also frequently shifts to flashbacks of life on the Family commune as orgies eventually give way to bloodbaths. Sequestered from the general prison population due to the infamy of their crimes, the trio of Charlie’s acolytes provide an echo chamber for each other. They rarely waver from their devotion to the inexplicably charismatic cult leader while fervently awaiting the arrival of his promised Helter Skelter apocalypse. In flashbacks, we watch Charlie (Matt Smith) treated liked a lusty messiah as he clouds the minds of these women, while in the prison scenes, educator Karlene Faith (Merritt Wever) tries to compassionately reverse this brainwashing.

Brimming with nudity and twisted expressions of sexual devotion, Charlie Says depicts the Family’s unyielding devotion to its leader, but never manages to capture what exactly made Charlie so captivating to his followers. Smith’s Manson oozes sleazy energy from the start, and it comes as little surprise that he’s quick to ditch the Family’s utopian principles in pursuit of his dream of landing a record deal as a singer-songwriter. So, while Charlie Says does little to explore the deeper motivations that drive the three misguided women at its core, it does effectively convey the pointlessness of the savage violence they would deliver. As their counselor and teacher, Karlene struggles with the knowledge that breaking through to these women, and leading them to the revelation that their crimes did not serve some transformative metaphysical purpose, will ultimately mean they have to face the gravity of their heinous crimes.

The film emphasizes Charlie’s embarrassment over music exec Terry Melcher (Bryan Adrian) declining to offer him a record deal, framing it as the catalyst for the murder spree. A pregnant Sharon Tate (Grace Van Dien) is essentially in the wrong place at the wrong time, as she occupies Melcher’s former home when Manson seeks retribution. Touching upon the fact that Manson reportedly sought to initiate a race war, the film leaves this aspect of the case underdeveloped. Harron, now nearly two decades removed from directing American Psycho, ramps up the gratuitous violence in her film’s latter scenes without providing the same level of social commentary as her adaptation of Bret Easton Ellis’ novel. And despite its focus on the re-education of three incarcerated cult members, the film fails to thoughtfully examine the motivations that drove these women to such pliability to begin with, making Charlie Says, for all its contemplative trappings, no less exploitative than many other Manson films.