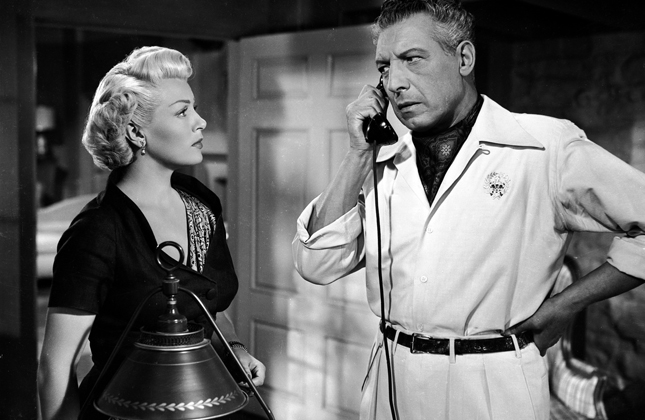 The 1951 musical romance Mr. Imperium is forgotten for a reason.

The 1951 musical romance Mr. Imperium is forgotten for a reason. Its leading lady didn’t like it. The studio was so disappointed that it withdrew the movie after early screenings underperformed. The cornball, threadbare plot and utter lack of chemistry between its mismatched lovers strains credulity. But its earnest artificiality and incongruous leading man make this failed bauble kind of endearing, and campier than anything on this year’s Met Gala red carpet.

Lana Turner stars as Frederica Brown, an American singer who gets a plum gig in an enormous villa on the Italian Riviera. The villa belongs to crown prince and playboy Alexis (Ezio Pinza), who falls for Brown during her first number, a Harold Arlen/Dorothy Fields song that goes: “My love and my mule are two of a kind/ What to do what to do what to do?” The singer’s dilemma is illustrated by the prop she rides in on, which flanks her with a wooden donkey on one side and a wooden hillbilly singer on the other.

This strange spectacle inspires Prince Alexis, who’s nearly 30 years Brown’s senior, to pitch woo –wouldn’t you? He plants his Prime Minister Bernand (Cedric Hardwicke) as a guest at the villa who mistakes Brown’s room for his own. Alexis comes to sort things out and attempt to enchant the pretty guest with his deep operatic voice. Mr. Imperium, as he introduces himself to her, is an annoyance that the young woman will come to find lovable, setting into motion a plot in which the American falls for the Italian Prince.

At least, that was the idea. Pinzo, nearly 60 years old at the time, was making his first Hollywood movie, having been pulled from a successful Broadway production of South Pacific. He was originally to be cast against Greer Garson, but, to Turner’s chagrin, she landed the part, and hated her agent for it. According to biographer Jane Ellen Wane, Turner described he co-star as “a conceited womanizer with bad breath.”

The critics were no kinder. The New York Times called it third-rate. Washington Post critic Orval Hopkins understood why audiences stayed away, and why Pinzo’s film career didn’t take off in the September of his years: “He comes along with his Old World, courtly charm and sets all the lassies to going thump-thump… he still looks like somebody’s grandfather to me.”

A grandfather who, at regular intervals, croons at poor Turner in a display of his generation’s even then-outmoded courtly charm. Pinzo seems so awkward that he comes off like a singing Tommy Wiseau romancing one of the era’s great beauties. Which is what makes Mr. Imperium kind of wonderful.

The barely-there plot gets even more ridiculous when the price is forced to rush out of the country to attend to his ailing father. The soon-to-be-king leaves instructions with his Prime Minister to send the American singer to follow him, but of course Bernand, concerned that his boss should find a more appropriate companion (as well the viewer might), instead tells her that the prince no longer wants anything to do with her.

Flash forward … a whole 12 years. (“He’s still alive?” my mother-in-law asked.) Brown has become a successful movie actress, with an agent (Barry Sullivan), who wants to marry her. But when now King Alexis sees a poster for one of Brown’s movies, he finally learns what happened to his former lover, and seeks a reunion.

This leads to a scene in which the prince, who has changed from a sharp European suit into cowboy clothing to impress his American sweetheart, raises his hands in a gesture favored by my chihuahua. In freeze-frame, it looks like Pinza is asking Turner for a belly rub, which, although the script calls for acquiescence, she clearly refuses.

If Turner wasn’t happy with the results, one wonders why Pinza needed the check. The veteran basso developed his lung power as a cross-country cyclist and made his debut at the Metropolitan Opera House in 1926. He didn’t need to be a movie star, and he didn’t become one, only starring in three pictures.

The movie was a wasted opportunity in other ways. The movie was largely shot in Monterey, California, where an Italian villa was recreated with the help of 32 marble pillars. The thing is, 40 were ordered, but when producers learned they weren’t all needed, the extras were reportedly tossed into the sea, and accounts from the time reveal that the studio may have wished they’d put the negatives underwater too. Poor Mr. Imperium. It isn’t a good movie, but it’s a lovable piece of cheese.