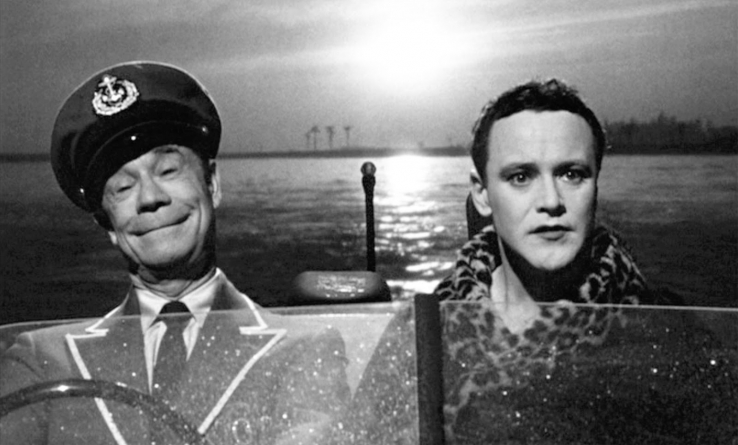 It’s hard to image a more star-studded bill than the trio that fronted Billy Wilder’s 1959 comedy classic, Some Like it Hot. Beyond squeezing comedic gold from Tony Curtis and Jack Lemmon, Wilder also managed to capture Marilyn Monroe’s best-ever on-screen performance. Her Sugar “Kane” Kowalczyk is sexy, vulnerable, clumsy and funny, a well-rounded character from an actress better remembered for being a sex symbol than a performer. However, Wilder gives the film’s final line, and it’s quite a doozy, not to Monroe, Lemmon or Curtis but to Joe E. Brown, a name most people are unlikely to recognize when viewing the film today.

Let’s give some context first. Curtis and Lemmon play a hapless pair of musicians on the run from the mob after witnessing the St. Valentine’s Day massacre. Out of luck and out of cash, the two men flee to Florida by joining an all-girl band, disguising themselves as women. Hijinks ensue. While in Florida, Lemmon’s character Daphne meets Osgood Fielding III (Brown), a millionaire who has been married “seven or eight times.” Despite, Lemmon’s protestations, Fielding is eminently interested and pursues him, leading to this exchange that ends the film:

Daphne: Oh no you don’t! Osgood, I’m gonna level with you. We can’t get married at all.
Osgood: Why not?
Daphne: Well, in the first place, I’m not a natural blonde.
Osgood: Doesn’t matter.
Daphne: I smoke! I smoke all the time!
Osgood: I don’t care.
Daphne: Well, I have a terrible past. For three years now, I’ve been living with a saxophone player.
Osgood: I forgive you.
Daphne: I can never have children!
Osgood: We can adopt some.
Daphne/Jerry: But you don’t understand, Osgood! [Whips off his wig, exasperated, and changes to a manly voice] Uhhh, I’m a man!
Osgood: [Looks at him then turns back, unperturbed] Well, nobody’s perfect! 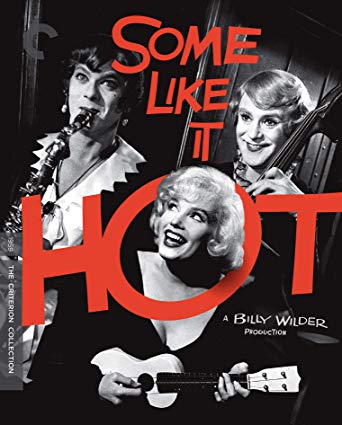 According to On Sunset Boulevard: The Life and Times of Billy Wilder, biographer Ed Sikov claims that the line was initially left in the script as a placeholder, that much Wilder and co-writer I.A.L. Diamond weren’t 100% sure how to end the movie. However, when an audience saw the film with the line left in place, they laughed harder than at any other previous gag. So, Wilder and Diamond left “nobody’s perfect” in the film.

But just who was Joe E. Brown? For older members of the audience who saw Some Like it Hot when it premiered, the elastic-mouthed actor was likely very familiar as he was a very popular comedian in the 1930s. Born in 1891, Brown got his start in a traveling circus as a tumbler. After pausing his show business career briefly to play baseball and turning down an offer from the Yankees, Brown eventually found his way to Broadway in the 1920s where he made his name as a comedic actor. Known for his marvelously expressive mouth, Brown garnered nicknames such as “the Grand Canyon” and “Great Open Space.” Nonplussed at being known for a particular part of his body, Brown quipped, “I’ll open my mouth until my stomach shows if people think it’s funny.”

Brown signed with Warner Brothers in the late ‘20s and quickly became a favorite with children. He spent the next 20 years working constantly, appearing in more than 50 movies, including a much-loved role as Francis Flute in A Midsummer’s Night Dream (1935). At one point, Brown was one of the highest paid actors working in Hollywood. During World War II, Brown traveled throughout the Pacific Theater to entertain the troops. According to the actor, he traveled more than 200,000 air miles during this time.

The actor only appeared in three films during the 1950s, one of them being Some Like it Hot. Though it is likely his best-remembered role, the actor believed that his most successful films were instead Hold Everything, a 1930 musical comedy where he starred as a hapless boxer and Elmer, the Great, a 1933 comedy where he plays a vain rookie baseball player for the Chicago Cubs.

Despite his relentless pursuit of Lemmon’s Daphne, there is something gentle about Brown’s Osgood. He is the butt of many of the jokes in Some Like it Hot, yet completely unaware. It’s this good-natured optimism, makes with a healthy dollop of naiveté that Brown employed for much of his career, that makes that final line so endearing and hilarious.
According to the New York Times, Brown was just as gentle in real life as he was on the screen. “I’m not the comedian I once was,” Mr. Brown said in 1952. “A comedian has to be slightly insulting, comedy has to be 70 per cent insults, and I’m always afraid today when I say something funny it may hurt someone. If another comic makes a crack about my mouth, I just can’t insult him back.” Well, nobody’s perfect.