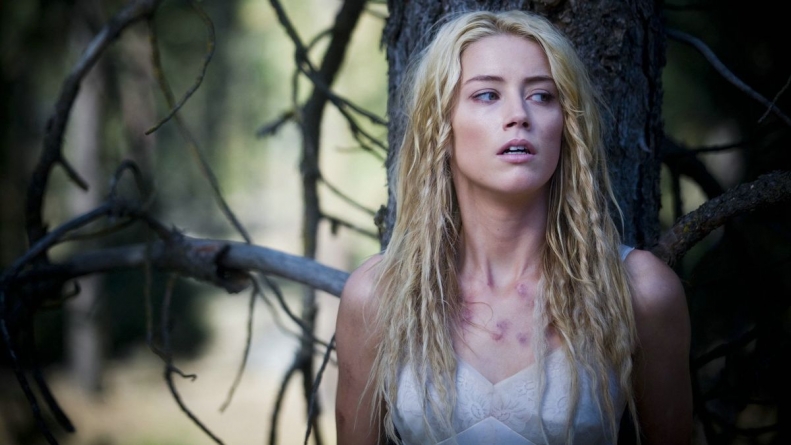 Bereft of original ideas, developed characters, snappy writing or even a trademark film score by the director himself, John Carpenter’s The Ward feels like a death rattle. The vitality that coursed through his earlier work is depleted, familiar motions are labored and ragged, the director’s distinctive flair now barely recognizable.

Like much of Carpenter’s other horror work, The Ward presents a ghoul to be evaded and is set in long, winding corridors both labyrinthine and claustrophobic. But rather than packing the kind of satiric wallop such a setting would evoke in the director’s early work, this film’s ’60s- era, Oregon-based psychiatric facility—complete with bulky straitjackets, vintage electroshock units and lobotomy tools—feels like little more than lurid window dressing, rummaged from the well-worn mental institution imagery given innumerable iterations since One Flew Over the Cuckoo’s Nest. And perhaps that shouldn’t be surprising. After all, the film’s plot, in a script written by two little-known B-movie novices rather than Carpenter himself, blatantly rips off the middling 2003 John Cusack-starring thriller Identity.

That bit of cinematic theft, in which the film’s primary characters are not flesh and blood but are all manifested personas of a single mental patient, explains if not absolves the film’s core group coming across as so fabricated. When the amnesiac Kristen (Amber Heard) is institutionalized after she burns down a house, she encounters a group of fellow patients of similar age but disparate defining qualities. There’s the unhinged free-spirit (Mamie Gummer), the vain flirt (Danielle Panabaker), the eternal child (Laura-Leigh) and the prim creative (Lyndsy Fonseca). Each adhere to their predetermined roles, while something otherworldly and sinister stalks the corridors of the ward and—like any good slasher, paranormal or otherwise—begins cutting them down one by one with the various insane-asylum instruments at hand.

The contrived twist that the monster is actually the manifestation of effective therapy systematically dispatching these superfluous personalities does little to breathe life into this limp, languid film. The J-horror-esque monster, initially explained as the ghost of a girl the group murdered, feels like a chintzy, haunted-house trapping when juxtaposed with the far more terrifying specter of profound mental illness. And given that Kristen, our protagonist and wholly unreliable narrator, is actually a phantom who ends up punctuating the film’s final frames by bursting out of a mirror toward the now seemingly recovered lone mental patient, Alice (Mika Boorem), the whole endeavor operates on pretzel logic that feels as disingenuous as treating mental illness as an edgy boogeyman.

Carpenter has recently hinted that he wouldn’t mind helming another film if the right project found him, particularly one set in Europe. But at this point “Escape from Paris” seems unlikely, and over the past decade, it’s not through celluloid but through his collected musical compositions, long a crucial ingredient to his aesthetic, that he’s been most effectively able to capture the same atmosphere his great films of the ‘70s and ‘80s once exuded. One of the more iconic directors of the 20th century, Carpenter’s output over the past 20 years has withered to only two directorial credits (2001’s woeful Ghosts of Mars being the other), films that scrape the bottom of the barrel of his talent. The Ward, now already almost a decade in the rearview, perhaps mercifully marks the end of a line of diminishing returns. If the proverbial definition of insanity is doing the same thing over and over and expecting a different result, this film proves that, when it comes to movies, it’s equally misguided to go through the same motions and expect nothing will change.