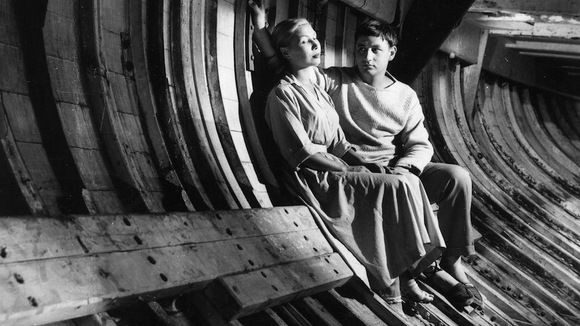 La Pointe Courte does not just foretell of the long and accomplished career of Agnés Varda, but also hints at the coming New Wave she would spearhead.

The temptation when watching La Pointe Courte in 2019 is twofold. On the one hand, the viewer wants to search the film for traces of the later Agnés Varda, the indelible qualities that indicate it is one of her films. In other words, the first temptation is to see La Pointe Courte as the first film in the long and celebrated career of a master filmmaker. Conversely, the second enticement is to watch La Pointe Courte and try to determine why it would be another seven years before Varda would compose another feature-length film. Because viewers today know her as a titanic figure in the history of French cinema and an undeniable genius, this seven-year gap is inexplicable.

The upshot is that La Pointe Courte does provide tantalizing clues to both sets of questions. It has both the fingerprints of the later Varda and suggests that perhaps she was not quite ready to regularly churn out full-length features.

The plot is bifurcated, loosely weaving two stories that are only marginally related. The first story is a sociopolitical one, pitting the villagers of La Pointe Courte, a small fishing town of ramshackle seaside shacks, against the bureaucracy of the French state. The villagers are constantly harvesting shellfish from a lagoon that state health inspectors warn may be contaminated with too much harmful bacteria. In scenes from this storyline, there is always some subterfuge from villagers trying to get one over on the inspectors – they have trapdoors, forged inspection stickers and an elaborate look-out system to provide early warning of state workers on the way – while the health department guys work to catch them in their cheating of the system.

This is the half of La Pointe Courte that both crackles with excitement and most prefigures the future work of Agnés Varda. The ethnographic nature and vérité stylings bring the viewer right into the action. The opening sequence, with the camera seemingly passing on the breeze between the sheets drying on clotheslines as villagers stealthily discuss the presence of an inspector next to the fig tree, is precisely the kind of virtuoso shot one would expect in the debut film of someone as talented as Varda.

But the real takeaway from these villager scenes is how, even at only 27 years of age, Varda was already obsessed with the irreconcilable clash between a bureaucratic state charged with ensuring the health and safety of its entire population on one side and the plucky, charismatic rogues whose economic destitution forces them to work at undermining that state apparatus on the other side. She makes the viewer cheer for the fishermen, even though they are perhaps poisoning all of their customers with contaminated shellfish. For Varda, it became a lifelong fascination – still a major theme in Faces Places more than 60 years later! – that modern nation states need both state-appointed experts, wearing suits and working in offices, to guarantee public order and also dirt-stained, oil-smeared craftsmen and food producers with callused hands in the fields and bays to feed their populations. Someone has to take out the trash and someone else has to oversee the system for taking out the trash and those two sides probably dislike each other; that is, for Varda, the very nature of contemporary life. The inevitable clash between these sides became a life-long source of dramatic content and Varda unflinchingly supported the underdogs even when her films suggest that sometimes the men in suits have a point. All of that started way back in 1955 with La Pointe Courte.

The second half of La Pointe Courte is a wholly separate film both structurally and thematically. Where the first half was an ethnographic drama with a whirling camera, the second story is a relationship story of a marriage on the brink. The husband is a La Pointe Courte native who moved to Paris but has returned home with his Parisian wife, who is considering leaving him. When these two are in the frame, La Pointe Courte shifts styles, to boldly-framed static shots, as they sit outside discussing their marriage and the nature of love. It more resembles later Bergman than it does later Varda, and it is certainly the less interesting of the film’s bifurcated narratives.

The fact that La Pointe Courte is essentially two short films smashed together to make a single feature suggests that the answer to why it would take Varda another seven years before her second feature-length effort (the all-timer Cleo from 5 to 7) is that she was more interested in smaller, more contained stories. It is obvious that for Varda, short films would remain a viable and worthwhile pursuit throughout her career, even after she achieved super-stardom.

La Pointe Courte does not just foretell of the long and accomplished career of Agnés Varda, but also hints at the coming New Wave she would spearhead. It does the latter with its closing sequence, which is straight out of the French cinema of the ‘30s that New Wave directors were so obsessed with, combining Vigo’s L’Atalante with the train-filled films of Renoir. That is Varda for you: always, even as a 20-something rookie, on the leading edge of something incisive and wholly new.