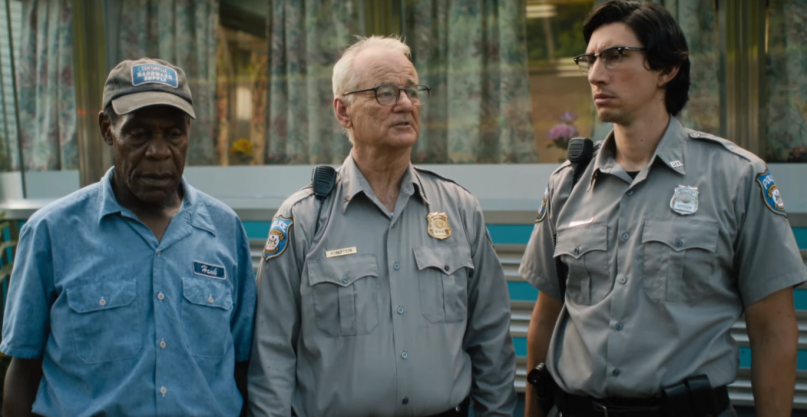 A fun way to watch some of your favorite character actors get devoured by the undead.

Sometimes even the best directors need a break. After coming off a run of his best films, Pedro Almodóvar took a breather with I’m So Excited, a trifling comedy that returned to his roots of flimsy sex farces from the early ‘80s. Even auteurs like Jim Jarmusch aren’t immune to keeping things classic. After Paterson, his 2016 romantic masterpiece starring Adam Driver, it is understandable the director would want to do something silly and small. And that is exactly what Jarmusch made with his zombie comedy The Dead Don’t Die.

How you feel about the film, which leans heavily on prior zombie flicks such as Night of the Living Dead, ties into your affinity for its cast. Jarmusch rounds up many of his past players such as Driver, Bill Murray, Tilda Swinton and Tom Waits, and basically allows them to have fun with a flimsy script populated with zombies. Yes, it’s a Jarmusch film with its deadpan humor, but rather than add anything new to the zombie canon, The Dead Don’t Die feels more like a sly riff on better films.

Much like Paterson, the tone here mixes comedy with elegiac sadness. Jarmusch wants us to laugh while facing some very true realities that spring from Donald Trump’s America. Fracking at the polar caps has thrown the world off its axis, allowing the dead to return to life, a clear and dire warning to those who deny climate change. And it makes sense that the most clear-eyed character is a bearded hermit, known as Hermit Bob (Waits), who lives in the woods and subsists off stolen chickens.

The film takes place in Centerville, Pennsylvania in a clear nod to Romero’s Night of the Living Dead. We meet cops Clifford Robertson and Ronnie Peterson (Murray and Driver) as they are called to check out some off-kilter happenings. Before long, the dead are chomping their way through town, each muttering about one solitary thing, such as Iggy Pop’s coffee-obsessed zombie. Romero has been here before with the zombie-as-a-metaphor for mindless capitalism, but there is a charm here that allows for such repetition.

Before long, only a handful of survivors are left, including Swinton’s Scottish undertaker (yes, it’s true) and Steve Buscemi as a racist farmer who proudly wears a bright red “Make America White Again” hat. As the zombies dispatch the cast, Jarmusch films these grisly murders in a comedic style that pushes the film far away from the horror genre. Jarmusch is a master of pokerfaced comedy and much of the laughs come at the expense of hipsters and MAGA-baiting rednecks.

Still, there is plenty to keep the film from becoming classic Jarmusch. The director makes some dubious script choices towards the finale and the dour ending leaves a sour taste. Waits, quite excellent in his role, wanders the film making wry commentary that sometimes feels too on the nose. The Dead Don’t Die won’t scale the heights of Jarmusch favorites such as Down by Law, Dead Man or Paterson, but it’s a fun way to watch some of your favorite character actors get devoured by the undead.