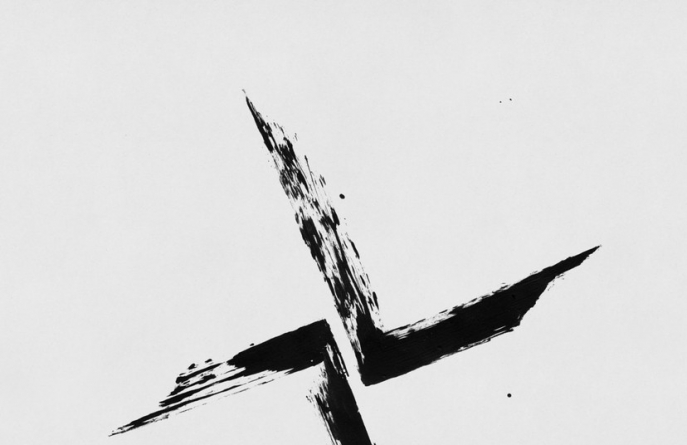 Both sides of Burial work in the darkness – whether the darkness of the club, or the forest – his music works by impression and suggestion.

When Mary Anne Hobbs premiered the new Burial track “Claustro,” from his Claustro / State Forest – EP, at the end of May, she took a moment to reminisce. Speaking about the early days of the dubstep scene in London, she remembered that William Emmanuel Bevan – the man, then-anonymous, behind Burial – would occasionally come out to club nights. Only a handful of people knew who he was then, and Hobbes describes how this seemed to be freeing for him. He could go out on the dancefloor and let himself go, detached as he was from his then-rising public persona. In the audio of the broadcast, she chuckles, seemingly recognizing the incongruity between Bevan the person-on-the-dancefloor and Burial the very-serious-artist, before correcting this assumption, saying, “everything that you actually hear in his music, you would find in his character.” Then she pauses and muses, almost to herself, that “he just has a kind of magic.”

“Claustro” is a tune one can imagine Bevan rushing the dancefloor to. It is propulsive and elusive. It does not easily give up its secret joys. It is club music for the club-disinclined. The track never quite settles into a straight four-to-the-floor, but teases it before switching the beat up. Then, out of the fog, a voice: “I want you/ I know you want me/ You can’t hide/ I see it in your eyes.” Burial recognizes that there is something paranoid and something predatory in the dark space of the club, in the push and pull of desire between strangers. The vocals repeat like an incantation. The voice multiplies and shouts “I’m ready.”

The ascending synth line in the back of the track builds tension as indistinct voices – distorted, auto-tuned, modulated – move in and out until a clear vocal run hovers over the track like a prayer. When everything drops out into pops and hisses and a pitched-up voice offers a dedication – “this song goes out to that boy” – the song appears to be over, but it accelerates again. The paranoia drops away as a new voice comes to the fore – a response to the first – singing, “I’ve/ got my eye/ on you/ Tonight.” The final 45-seconds of the track are pure ecstasy.

This is one side of the magic Hobbs talks about – Burial-as-dancefloor-provocateur. “State Forest,” the B-side track of the EP, showcases the opposite side: Burial-as-ghost. It is always difficult to describe ambient music, especially the kind Burial traffics in. There is music at work here, there are chords that wash over the track. There is danger and warmth. More elusive, though, are the sounds at the edges. Indistinct clicks, the pop and hiss of vinyl and something that sounds like distant voices all flit at the edges of the music. John Cage’s dictum that “there is no noise, only sound” comes to mind. The tune is eight minutes and sometimes there seems to be no noise or sound, but then a switch will flip and chords will wash again. There are wind chimes, maybe, but wind chimes as they would sound hanging in an abandoned factory, or in a forest clearing.

This is what “State Forest” is for: driving alone down a single-track gravel road in the middle of the forest in early summer. The sun is falling. Light cuts the spaces between trees. There are deep shadows and bird song. What large creatures there are have just begun to wake up for their evening rounds. They peer out from the deepening, green dark. But then there is a clearing, or maybe the end of the forest entirely. The light blinds. The tune ends.

In an interview with Mark Fisher, Burial recalled some time he spent in Suffolk – a place both he and Fisher share an affinity for. Burial says: “I love . . . old churchyards, factories, places out of the way. I used to get taken away to the middle of nowhere, by the sea, I love it out there, because when it’s dark, it’s totally dark, there’s none of this ambient light London thing. We used to have to walk back and hold hands and use a lighter. See the light, see where you were and then you’d walk on, and the image of where you’ve just were would still be on your retina. You couldn’t see anything, but you’d see stars.”

Both sides of Burial work in the darkness – whether the darkness of the club, or the forest – his music works by impression and suggestion. That person across the dancefloor may be looking your way. Those eyes in the forest may just be a trick of the light. You close your eyes, and for a second you see the image of some man or woman, some creature or another. When you open them, all you see is stars.