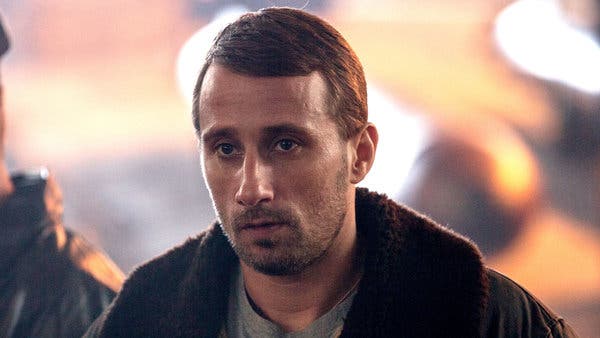 The Command offers little of interest, its retelling of a relatively recent tragedy failing to illuminate the story in any substantial way.

Arriving a few weeks after the close of HBO’s “Chernobyl,” Thomas Vinterberg’s The Command presents another vision of Russian bureaucratic meltdown, this one set in the unsteady era between Soviet collapse and Putin-era swagger. Playing out over the course of a few tense days, it recounts the August 2000 Kursk disaster, in which 118 souls perished after a torpedo misfired during a military test exercise. Most of the crew was killed immediately, as that first detonation set off a chain reaction of follow-up blasts, but the sub’s bulkhead held intact enough for those at the other end of the vessel to survive, left to plot a daring escape that was sadly never to be.

Unfortunately, the story of this catastrophe doesn’t contain enough to make much of a movie, at least not in the form presented here. This is largely due to the fact that the plot—adapted from Robert Moore’s 2002 postmortem A Time to Die—finds the survivors in a mostly static situation, dealing with mounting dissent and waning oxygen levels as they wait for rescue, a misbegotten effort that gets bungled from every angle. This seems like it could have been fertile ground for Vinterberg, who’s made a career out of charting various crises of miscommunication, in which the willful obliviousness of those involved often makes them culpable. Yet rather than delve into the inner workings of a bureaucracy less interested in saving its sailors than covering its own ass, The Command instead settles for a standard action narrative that plods its way through all the expected beats.

The hero in this scenario is Captain-Lieutenant Mikhail Averin (Matthias Schoenaerts), who struggles to maintain his men’s composure as the situation grows increasingly dire. In one of the weirder pairings in recent memory, Schoenaerts is matched with Léa Seydoux to form a working-class Russian couple, residing in the same dreary high-rise housing project as many of his shipmates. This odd employment of two Francophone stars, both on the precipice of global stardom but not quite there, furthers the feel of a misbegotten international co-production haphazardly strung together. Seydoux’s turn as a humble mother, marshaling her reserves to go toe-to-toe with a callous government, never feels entirely credible, at least partially the fault of a film which gives her little to work with. Schoenaerts, meanwhile, fits better into his role as the commanding officer, the type you could imagine seeing wield proletarian power in Battleship Potemkin. Yet neither performance really matters, encased as they are in a gelid veil of procedural blahness.

The primary issue remains the attempt to approach this material head on, leaning on a pretense of drama that doesn’t exist when the final outcome is already so well known. What could have been a dynamic push-and-pull between a group of men working actively to fix a situation and another operating at selfish, strident cross-purposes instead calcifies into a rote unspooling of tedious incidents, offering little in the way of social commentary as a result. Those on the upper end remain flat, ineffectual caricatures, while the men in the sub are their gallant opposites, the wives at home frozen in a grimace of expectant despair leavened with the slightest amount of hope. An early, The Deer Hunter-esque wedding scene promises a look into the rites and rituals of this cultural milieu, but this never materializes either, the scenes at home reduced to torpid battles with a series tight-lipped officials. Straightforward to a fault, The Command ultimately offers little of interest, its retelling of a relatively recent tragedy failing to illuminate the story in any substantial way.