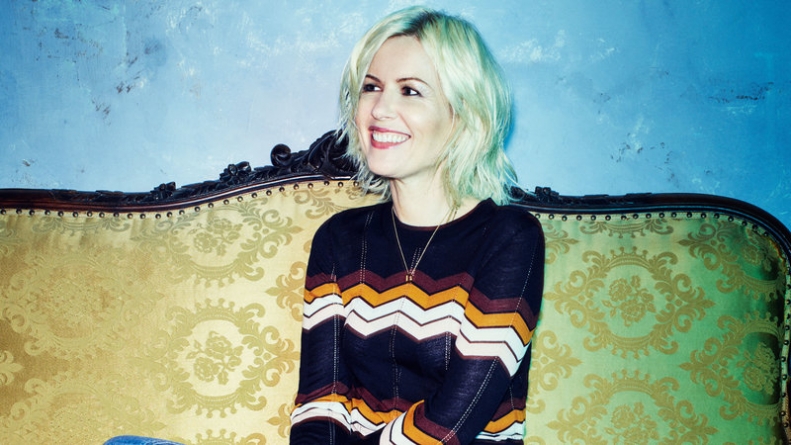 This isn’t a nostalgia tour.

It’s fair to say that we’re at a point where you can’t go a week without being faced with the chance to see a performer who made a megahit or two, hungry to capitalize on the strength of those hits and, maybe, if they’re lucky, expose the hit-hounds to some songs they’ve made since they moved on. Last week, I had the chance to see Third Eye Blind (“Semi-Charmed Life,” “Jumper,” “How’s It Gonna Be” and “Never Let You Go”) play Moda Center’s Theater of the Clouds with Jimmy “The Middle” Eat World, both bands packing the kind of theatrics you’d expect from bands capable of hits like that. Even though Third Eye Blind haven’t had a hit since 1999, frontperson Stephen Jenkins talks about his band like they’re the biggest group since the Beatles, a mindset both delusional and inspiring; imagine that level of confidence.

I could never imagine Dido, the singer responsible for superhits like “Thank You” (the chorus for which was sampled wholesale by Eminem for “Stan,” seen here being performed by Elton fucking John at the Grammys) and “Roswell” theme “Here With Me,” going on a tour called “The Summer Gods Tour” or ever entertain the notion of playing in basketball arenas. When going into shows by artists like this, you want to predict how it’s going to go, and how they’re going to treat those songs. When introducing Girl Who Got Away’s “Sitting on the Roof of the World” (delivered sitting on the edge of the stage), she mentioned the effects of those hits on her life, but only in the context of the time after that, when life returns to normal. I was born in 1990 and have a deep fascination with the intersection between nostalgia and concert-going, and it’s refreshing to see the singer address her cultural impact but only treat it as a single line item in a career full of great work. This was most evident when, nine songs in to her 20-song set, she told the audience simply “If you know the words, sing along” before launching into “Thank You,” the most masterful power move I’ve ever seen. until four songs later when she introduced “Here with Me” by simply calling it “A beautiful song about depression.”

For Dido, who recently put out the surprisingly lovely Still On My Mind—her first since 2013’s Girl Who Got Away—this isn’t a nostalgia tour, it’s just going back to work. After opener “Hurricane,” she took a moment to double-check that the feeling of déjà vu she was experiencing was because she {had} played here before. It turns out, she had, the last time she toured the US, 15 years ago. She stood in high-waisted black jeans and a glittery black top that said “I’m a mom, but I’ve also grabbed the zeitgeist once or twice,” visibly thrilled to be back on tour. Her backing band is no joke, either, her guitarist and bassist serving as backup singers throughout, and a percussionist surrounded by an array of bongos and wind chimes and gongs that made her look like a more New Age-friendly Neil Peart. These are all hired guns, but they’re the kind that fit in perfectly and help flesh out her songs remarkably well.

The spaces between songs were filled with sweet banter about the songs; for instance, about how she keeps meaning to move the goalposts of the bitter “See You When You’re 40” now that she’s 47, or how “Have to Stay” was written about becoming a parent even though she hates songs about becoming a parent. She ended the set by asking the crowd what they wanted to hear—overwhelmingly “White Flag,” natch—before laughing and dropping the ruse: “Like we were going to play anything else!” It was the sole hit saved for the end, and with it the show solidified as a perfect best-case scenario for a nostalgia tour: ignore the nostalgia factor as much as you can, play a great show, and don’t lean too hard on the fleeting, fickle nature of musical fame.