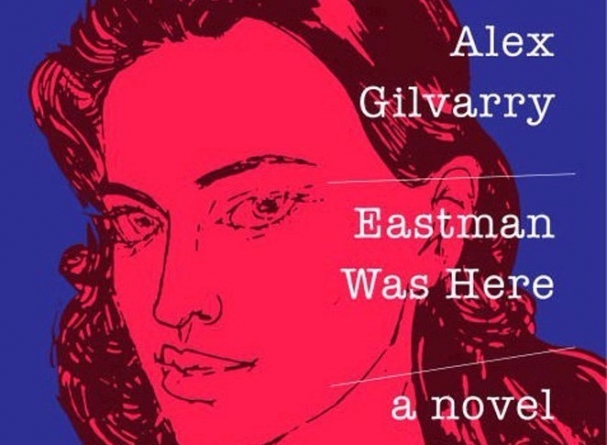 Eastman Was Here provides readers with an extended vacation within the mind of a self-deluding egoist while exploring the well-worn territory of the great generational shifts that occurred in the wake of the 1960s.

How does one remain culturally and professionally relevant well past their prime? Such is the conundrum faced by Alan Eastman, a formerly celebrated writer and social commentator, in Alex Gilvarry’s Eastman Was Here. Set in 1973, Eastman centers around the slowly disintegrating life of a writer renowned for a single work published decades prior and lacking an equally impressive follow-up. Having been left by his second wife, Eastman spends the novel’s opening pages wallowing in self-misery. Yet as we learn more, we find that it is a misery of his own making, despite his complete obliviousness to this fact. These opening moments set forth a pattern of maddeningly obtuse victimhood adopted by Eastman throughout the remainder of Gilvarry’s often darkly funny novel.

A Mailer-esque figure (less the Napoleonic machismo), Eastman trades in chauvinistic barbs delivered on national television, the product of a bygone era whose time has long since passed. He eyes women not as contemporaries but instead as potential conquests. When his second wife leaves him for another man, he takes it as a personal affront, casting himself as a sympathetic victim figure despite his chronic philandering and decades’ long affair with the wife of his publisher. In essence, he is completely and utterly oblivious to the ironies abounding within his personal and professional life.

He goes so far as to, having cast himself as the hapless victim within his own narrative, accept an offer to cover the post-American occupied South Vietnam in order to give his soon-to-be-ex-wife pause with regard to the imminent life-threatening danger he is subjecting himself to in hopes of winning her back. It’s a vain and futile gesture in a career full of similarly asinine attempts to sway those around him with his delusions of grandeur. In writing to his two young children, both of whom have been taken by his estranged wife, he intentionally employs a not-at-all subtle subtext knowing (hoping) she will be reading the letter over their shoulders.

With a singular fixation on all aspects of sex that betrays his advanced age, Eastman, ever the writer, embellishes not only his own conquests, but also the infidelities of his own wife. His speculations as to her newly-discovered peccadilloes go so far as to result in his own near-death via autoerotic asphyxiation as he images her strangling/being strangled by her new lover. Written like a scene from a Todd Solondz film, it’s a painful read capped off by Eastman’s rescue at the hands of a young Vietnamese hotel boy whose name he can never manage to remember and a chronically soused reporter who sees the act as having been one borne out of self-loathing and dark thoughts rather than fumbling of a narcissist.

Populated with relatively few characters thanks to Eastman’s chronically self-involved, delusional worldview, Eastman Was Here experiences only a handful of tonal shifts as we leave Eastman behind and enter the thoughts of a young female journalist by the name of Channing, who is also looking for stories in a post-war Vietnam. She too becomes swayed by Eastman’s waning celebrity and ability to manipulate those around him. However, she represents a generational divide that, while beholden to biology, nonetheless manages to not only think for herself but also teach Eastman a bit of a lesson along the way.

More times than not you find yourself shaking your head as Eastman time and again doubles back, contradicts himself and shows his true colors to the reader all the while remaining willfully oblivious. Darkly funny and maddeningly insular, Eastman Was Here provides readers with an extended vacation within the mind of a self-deluding egoist while exploring the well-worn territory of the great generational shifts that occurred in the wake of the 1960s.