The dust has settled, both on another Pickathon and in our lungs, and as the lights go down on Pendarvis Farm for another year and the festival-goers have unpacked their camping gear back at home and showered off four-days of grime, it’s time for the post-mortem remembrances to begin. With more than 60 bands performing on multiple stages, it is impossible for anyone to share a singular festival experience. But that’s okay.

Below are my five favorite sets of the weekend. Since I’m only one person, this can’t be an exhaustive survey of Pickathon. I do have one friend who decided to see all 64 bands, but it’s quality over quantity here.

As for subjectivity, no two people can experience the same set in the same way. So many factors are in play: where one is standing during the show, who they are surrounded by, their prior experience with the music being performed, taste, mood, energy-level, just how intoxicated they are.

Here, in ascending order, are the five sets that stuck with me as the weekend came to a close. I would love to hear which sets struck your fancy. In the meantime, there are less than 365 days to go until the next Pickathon! 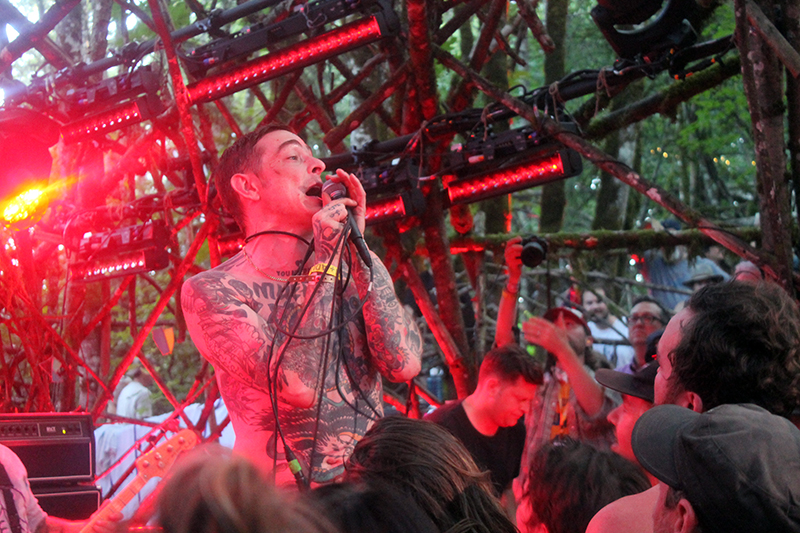 Viagra Boys singer Sebastian Murphy vomited into a bucket on-stage during his Friday night set. While the Swedish frontman did not repeat such a feat during the band’s set Saturday afternoon at the Woods Stage, he did strip down to his underwear, chug a beer and spit it at the crowd, do pushups while singing and incite a mosh pit so intense that it’s the first time I’ve seen security line up in front of a Pickathon stage.

Buzzed about by my friends since the lineup was announced for single “Sports,” Viagra Boys injected some serious energy into the weekend. By the end of the set, Murphy was nearly naked, his tattoo-covered body slick with sweat. And his puking story is now part of festival legend. 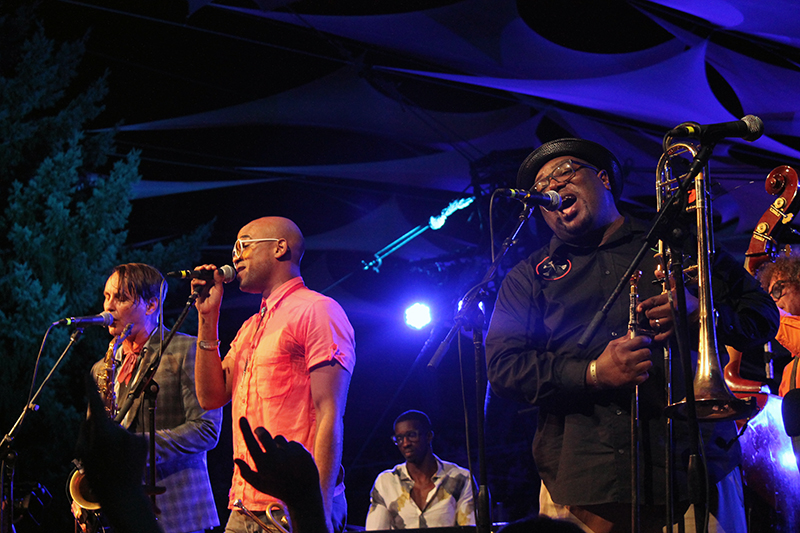 Sometimes you stumble onto the best sets. I was sitting backstage at the Galaxy Barn watching the Beths when a friend texted me and told me to get over to the Starlight Stage and watch the Preservation Hall Jazz Band. What I saw was the unflagging energy of the Big Easy distilled to its purest form.

Most impressive of all was trombonist Ronell Johnson who stole the show with his on-stage antics. At one point, he even took the stage playing the sousaphone. Later, the band would back Nathaniel Rateliff.

The next day, I hung out with Johnson backstage, geeking out about brass instruments and food. We talked at length about Hurricane Katrina. The musician’s kindness and energy burst through on the stage and it was heartening to see that it was not an act, that he was just as gregarious and warm in-person. 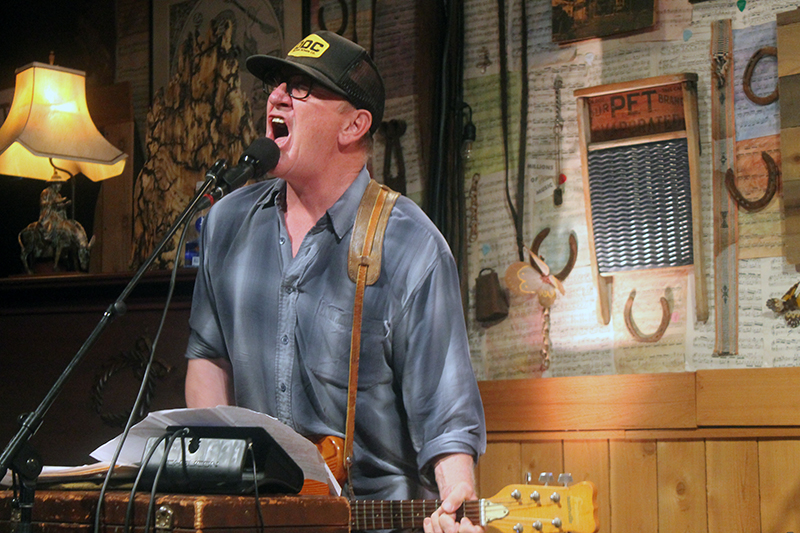 This one may not be fair because I’ve been a Lambchop fan for more than a decade but the two sets I caught were easily some of my favorite moments of the weekend. In the Lucky Barn, frontman Kurt Wagner may have been a bit snippy with his interviewer, but the live incarnations of “In Care of 8675309” and “If Not I’ll Just Die” bested album versions.

The next day, at the Woods Stage, Wagner and band played an even fuller set, focusing on songs from new album, This (Is What I Wanted to Tell You). Performing most of the songs with his pipes drenched with a vocoder, Wagner played an intense and mind-blowing hour that pushed and strained the confines of the alt-country the band is best known for. “The Air is Heavy and I Should Be Listening to You” commingled elements of jazz and ambient while “The New Isn’t So You Anymore,” with its rollicking melody straddled the line of familiar and eerie.

Wagner stepped away from the vocoder for old favorite “My Blue Wave” and new song “Flower,” the latter more muscular than the delicate album version. Though Lambchop didn’t pack in the crowd like other acts, it was certainly one of the most musically adventurous sets of the weekend. 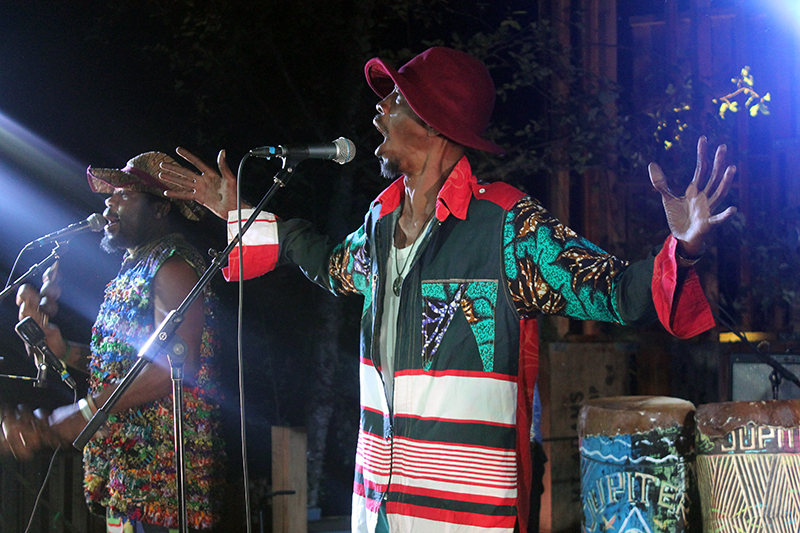 One of the joys of Pickathon is experiencing the wide-array of international artists on the bill. In the past I’ve seen Tuvan throat singers and Ukrainian folk-rappers.

This year, hailing from the Congo, Jupiter & Okwess stole my heart. Closing out the Treeline Stage on Saturday night, Jupiter Bokondji and band played a wild hour that had the audience dancing and jumping along. Utilizing guitar, drums and bass and turning the sound into something utterly original, Jupiter & Okwess played a hybrid of what sounds like dancehall music sprinkled with elements of American Soul, pushed through a Rhumba rhythm.

From the drummer decked out in a Lucha Libre mask to Bokondji’s wild theatrics, this band really brought its A-game. This will go down with sets like King Sunny Adé as one of the best African bands to grace the Pickathon stage. 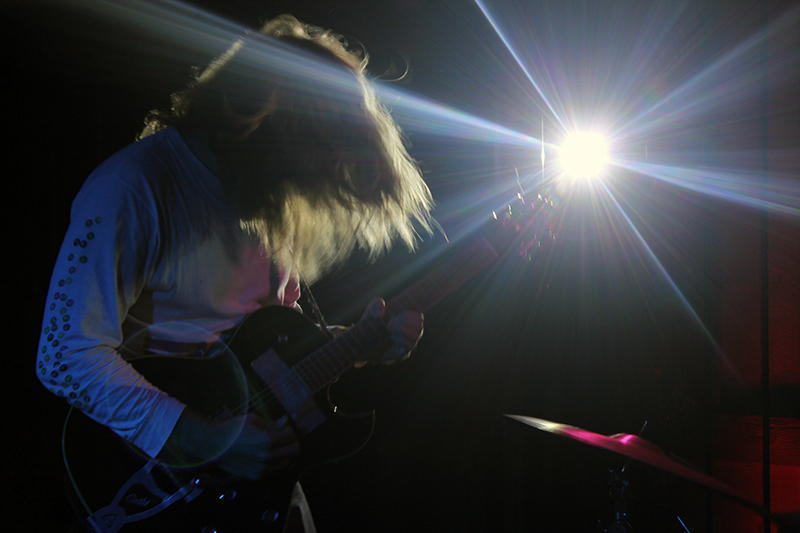 Sometimes, by the time you get to the bottom of perusing a festival lineup, fatigue sets in. Casing more than 50 bands one has never heard of can be tiring business, but when I listened to “Amethyst” by Omaha-based David Nance Group, I knew this was an act I needed to see.

Combining Neil Young-level guitar freak-outs with the beauty of My Morning Jacket-style Southern rock, David Nance’s songs take the best elements of classic rock and push it somewhere new. Though his music sounds familiar, watching the long-haired musician totally freak out on of his guitar is like watching a storm erupt on the horizon.

Though Nance’s amp blew out during his Galaxy Barn set, the singer and his band made the most out of the set. These guys did not hold back. But the real magic came late Sunday when Nance performed during one of Pickathon’s final sets on the Starlight stage. Rising above the darkness, the dormant main stage at his rear, wind playing in his hair, Nance ripped into his songs and provided one of the best-ever late night sets ’ve ever seen in the decade I’ve been attending the festival.