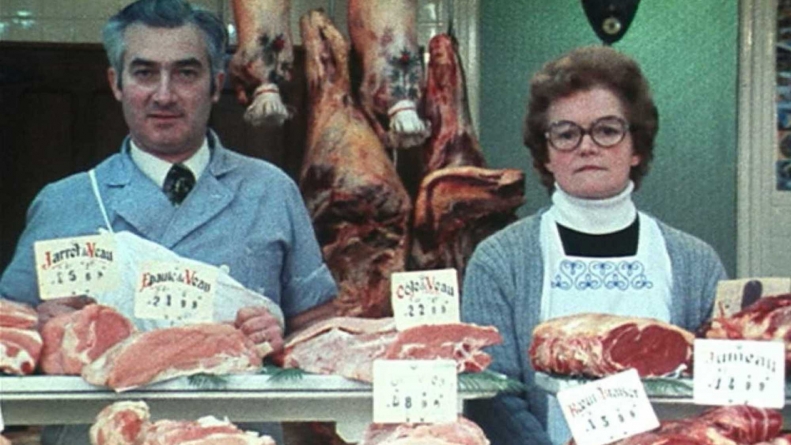 Varda isn’t afraid to celebrate as she explores.

You would think that 1976’s Daguerréotypes, one of Agnès Varda’s best documentaries, would be rather playful, given how realistic her (often playful) narrative features are and that that this film’s subjects are shopkeepers on her own street in Paris. However, one of Varda’s key strengths is her ability to shape her work around her subject. In Cleo from 5 to 7, for instance, Varda’s camera stills and draws in on Cléo’s face when she speaks or hears about her potential illness. While her short documentary Uncle Yanco was filled with joy, its sister short Black Panthers is direct and unadorned. And in Daguerréotypes, though the subjects are often mirthful and Varda has an obvious affection for the location, the camera takes them seriously, focusing not only on the nuances of their respective trades but also on the circumstances that led them to their trade and to the city of Paris.

Varda’s Rue Daguerre serves as a microcosm for Paris at large; when you look at it today, it’s exemplary of life in big cities in general, with people from dying towns and financially pinched countries forced to travel into big cities in order to find a job. Varda asks the same set of questions of each merchant, most of them answering with stories about where they came from and what brought them to Paris.

Though the camera most often separates her from her subjects, Varda makes us feel as if she is one of these people, which of course she is. By making a film on the street where she lives and where her subjects have set up shop, she becomes a tradesperson in her neighborhood as well. Varda is not nearly as sensitive as most filmmakers when it comes to being seen and heard on the camera herself, and in the case of Daguerréotypes she even incorporates her daughter, Rosalie, who introduces her to a perfumer who works in a local pharmacy. She also feels like one of them because she doesn’t look down upon them. There are no leading questions, no pitying camera angles and no distressing musical flourishes.

Instead, the interviews are compassionate and respectful. In some cases, the interviewee is obviously known to Varda. But – and this is really what sets Daguerréotypes and much of Varda’s documentary work apart – she doesn’t mind showing a bias in the favor of her subjects. Many documentarians, even though they are getting their bias across through editing, don’t allow their obvious personal opinion to show. Varda, on the other hand, obviously loves and respects these shopkeepers, and the film is all the better for it.

At one point, Varda stumbles upon a magician doing a routine in a local venue. She observes the work itself on many occasions, but it is more indulgent here, and it casts a mirror on Varda, showing the audience what catches her eye. She’s drawn to skill, of course, but the magician obviously isn’t the best in the business. Instead, she’s drawn to everyday magic, the kind that could be happening right down the street. One of Agnès Varda’s many gifts, and one that is very apparent in Daguerréotypes, is that she isn’t afraid to celebrate as she explores. She searches for the hard work and the joy where others look for negligence and sadness. Even now, years later, her film casts a light on the kind of people we may live around but never really get to know.