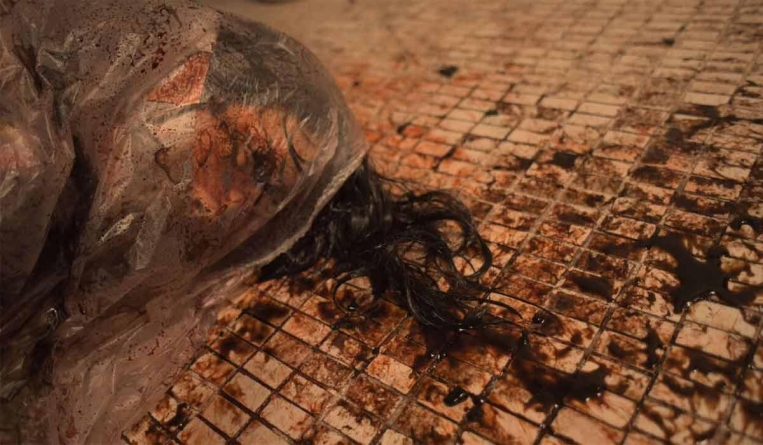 Tigers Are Not Afraid is equal parts fantastical and gut-wrenching.

Tigers Are Not Afraid Mike McClelland

Tigers Are Not Afraid, a Mexican horror film in the vein of Guillermo del Toro’s The Devil’s Backbone and Pan’s Labyrinth, is equal parts fantastical and gut-wrenching. Written and directed by Issa López (Casi divas), Tigers Are Not Afraid is part fantasy and part horror but still provides a powerfully realistic view of Mexico’s drug wars.

The film’s protagonist is Estrella (Paola Lara), a young student who finds herself in the middle of a shooting in her school. In order to distract her from the horror, her teacher breaks a piece of chalk into three pieces and presses it into Estrella’s palm, telling her she has three wishes. Estrella survives and returns home when the school is closed indefinitely, but her mother isn’t there when she arrives. When her mother doesn’t come appear, Estrella spends her first wish on bringing her home, but while magic happens, it’s not the kind of magic that Estrella had hoped for. She takes to the streets, joining up with a band of misfit boys, led by Shine (Juan Ramón López), who have been orphaned by violent conflicts involving drug cartels.

Unbeknownst to Estrella, Shine and the others are being hunted by Chino (Tenoch Huerta) and his henchman because of a stolen iPhone containing incriminating evidence. Shine tasks Estrella with a violent task in exchange for her membership in the party, and this launches them all into a journey that of survival and vengeance. Despite a taught 83-minute runtime, the story does lag a bit in the middle before reaching a startling final act.

The school shooting scene is harrowing and all-too believable, and images like children holding handguns and playing limbo with police tape are striking, as is the ease with which these children endure, engage with and talk about the violence around them. The fantasy and the horror are subtler than this painful realism, and López uses subtle, artful special effects and an excellent score (by Vince Pope) to weave these “genre” elements into the drama. The children seem like children, which is a testament to the film’s young actors and López’s screenplay and direction, but it also makes the horror of what is happening even more powerful.

Tigers Are Not Afraid is López’s third directorial effort, and though she is a star in Mexico due to the success of her previous films there, Tigers Are Not Afraid seems to finally be garnering her the attention she deserves. Her sensitive eye catches how the ways in which children see the world – their fears and hopes and, most strikingly in this film, their imagination. It’s painful to see children in a world so fraught with pain and violence that they cannot even think of the right wishes to get themselves out of it. Though there is a definite Peter Panvibe to The Tigers Are Not Afraid, these kids aren’t in Neverland. Estrella’s Wendy-like role involves murder instead of bedtime story, and Shine’s flies over dilapidated rooftops instead of past Big Ben.

Issa López is a filmmaker to watch, and though she’s not exactly a newcomer after writing and helming many successful Mexican films and television series, it is exciting to see her come closer to breaking through in Hollywood. The fact that Mexican directors Guillermo del Toro, Alfonso Cuarón and Alejandro González Iñárritu have won four of the last six Best Director Oscars, there is plenty of evidence to show what can happen when Hollywood gives a Mexican director a chance. Tigers Are Not Afraid represents elements of her culture, for sure, but more than anything it represents imaginative, powerful filmmaking.