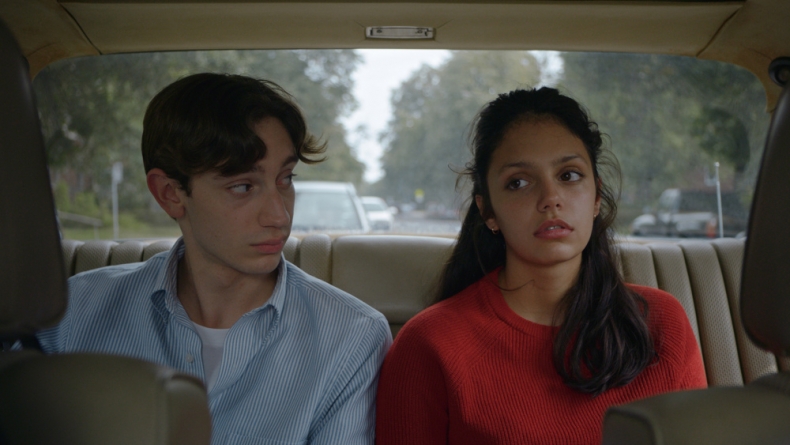 Genesis is considerate in its beauty and agony, a successful exploration of first love and first heartbreak.

Canadian director Philippe Lesage follows up 2015’s autobiographical The Demons with Genesis, the second part of the writer-director’s coming-of-age diptych. Much more developed in the sense of a linear plot, Genesis is more of a spiritual sequel than a fully committed continuation of narrative, with The Demons’ Félix (Édouard Tremblay-Grenier) no longer the main protagonist, only merely the character of a segmented subplot. The fresh narrative revolves around adolescents Charlotte (Noée Abita) and Guillaume (Théodore Pellerin), half-siblings on the brink of respective pangs of first love and the resulting emotional turmoil.

Considered like its predecessor to be autobiographical, the film offers a sensitive and melancholic meditation on young love. Lesage’s approach to the coming-of-age genre appears much more calculated than other prominent directors, and he creates serious narratives and empathetic character studies. Lesage is inquisitive in his study on the innocence of youth, exploration of sexuality and consequential transitions to young adulthood. As experienced during one’s teenage years, existentialism can often be a detrimental form of introspection, and the changes and challenges that youth can bring in the pursuit of self-awareness and self-acknowledgement can be difficult.

The film is poetic in its portrayal of two half-siblings askew in a symmetrical representation of growing pains and an abject degree of social dissonance. There are definite parallels to Xavier Dolan and perhaps also Richard Linklater, capturing a valuable sense of vulnerability and naivety. Simmering for the length of its 129-minute runtime, at a glance Genesis is a much easier watch than 2015’s The Demons, while remaining a dialogue-heavy drama. Genesis however, does not suffer from maligned subplots like The Demons did and remains poignantly intent on its linear narrative.

Intense emotional ambiguity is brilliantly portrayed by Abita and Pellerin as middle-class half-siblings in suburban French Canada. Guillaume circles around intellectual snobbery at his all-boys boarding school, where he is, in essence, the class clown, humiliating his classmates to hide his own insecurities. Slowly learning to articulate his emotional state only after he experiences rejection, he publicly bares his pain in a cathartic classroom monologue. Guillaume, as Felix before him in The Demons, is used as an agent for exploration of sexuality, this time during teenage years. Guillaume begins to develop feelings, both sexual and romantic, for his best friend Nicolas (Jules Roy Sicotte). Ultimately unrequited and heartbreaking, Guillaume’s arc is an alluring journey of self-discovery amongst the backdrop of an overbearingly boyish environment. Likewise, Charlotte is also subjected to the treacherous nature of emotional self-discovery, scorned by her boyfriend Maxime’s (Pier-Luc Funk) approach to engaging in an open relationship. Hurt, Charlotte finds herself in a confusing and turbulent cycle, encountering vacuous men, leading to a difficult acceptance of the post-graduation adult world about to greet her. Charlotte’s story often takes a backseat to her half-brother’s; not as padded out or as enriched by social commentary or psychological study, it is still capable of keeping one entertained, though it is only towards the film’s climax the two plots align and support each other.

Failing mostly in its finish, Genesis lacks the emphatic ending worthy of the abuse and emotional battery Charlotte and Guillaume endure, the two character trajectories often missing each other. Throughout the film, crisp and delicate cinematography by Nicolas Canniccioni is intricately woven together to fully encapsulate the balancing act between raw emotions and youthful energy, from nightclub to bedroom. And a punchy synth-pop soundtrack fittingly moves the audience toward hope and optimism even when the excruciating turmoil doesn’t. A study of duality, family and youth, Genesis is considerate in its beauty and agony, a successful exploration of first love and first heartbreak. 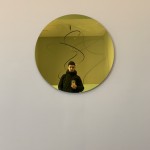 UK based writer and researcher, with film/tv/screen MA concerned with cinephile culture, arthouse and independent film. Twin Peaks and X-Files fan, give me any and all the Lynch or Cronenberg. My twitter handle is @whalefromtv and my Letterboxd user name is just Nick Davie, I spend my life watching and reading film... but I also enjoy good food, travel and coffee. Lots of coffee.