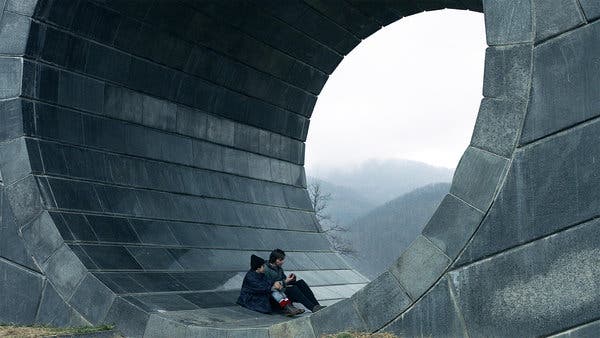 War is certainly less abstract on the receiving end of all those MADE IN USA bombs, but that does not mean it feels any less arbitrary.

The paradox of postmodernity can be described as something like this: we are a generation of forever-war—in fact, college freshmen swarming university campuses across the US have never lived in a United States that was not at war—yet almost everyone in the US today has no experience, direct or indirect, of warfare. We are undeniably a war-fighting country, but without a conscripted populace, without our consumption checked by the demands of battlefield provision and without any real discernible impact of our various warring efforts on our daily lives. There is no siege mentality or sense that war changes things; war is things. That is the postmodern part: as war becomes ever more engrained as just another part of life, it seems ever less exceptional, but if war is not a state of exception, then what is it?

War is certainly less abstract on the receiving end of all those MADE IN USA bombs, but that does not mean it feels any less arbitrary. This is the context of The Load, a film whose title brims with both literal and metaphorical significance. The setting, which is arguably the main character in the film, is the last bit of unified Yugoslavia in 1999—which would soon disintegrate further into a state called Serbia and Montenegro before Montenegro also split off, leaving Serbia on its own—as NATO planes fly daily bombing sorties in an (ultimately successful) effort to convince Yugoslav forces to stop committing ethnic cleansing in Kosovo (at the time, still a part of Yugoslavia). But we never see a plane or an explosion, rather only the characters dealing with the ever-present reality that at any moment fiery death could be rained down upon them from invisible arbiters of international justice in the sky. This is the same paradoxical postmodern war: it is definitely there, but only fleetingly and randomly, never not-there but also never really there-there.

Into this setting enters Vlada (Leon Lucev), a man pressed by economic desperation into a mysterious truck-driving operation. His job is to pilot a locked container truck from the killing fields of Kosovo to a security facility in Belgrade. He is not allowed to stop. He is not supposed to ask questions. Through his eyes, the viewer gets to see the war-ravaged landscape, meet Yugoslav citizens who fatalistically ponder the omnipresent danger from above and converse with a local villager desperate to get out of the Balkans altogether however he can. Vlada shows us the refugee, the war criminal and the ordinary citizen unwittingly cast into world-historical events. The first half of The Load is as surreal as Loznitsa’s fantastic My Joy while the second half often feels like a dragged-out version of Andersson’s devastating World of Glory without the visceral gut punch.

The film deals with legacy and identity in subtle, powerful ways. The Yugoslavs are the inheritors of a heroic act of defiance, when the Partisan rebels rose up against both the occupying Nazis and their Croatian fascist collaborators, the Ustashe, and liberated themselves without help from the Allied forces during World War II. Vlada and his neighbors are the sons and daughters of anti-fascist guerrillas. And yet, in 1999 these people whose forebears were heroes are the mop-up men for genocide, the targets of an international coalition of the Allies of old and seemingly so thoroughly without any agency that their only choice is to try to muddle through their days as best they can. This is the Load: the burden of the great deeds of the past grinding down those in the present who feel no recourse but to go along and try to get by. Vlada can never replicate his father’s liberatory acts and that fact gnaws away at him. Even the acts of resistance seen in The Load are so inconsequential as to barely register. Who has the energy—or the time!—to fight back for real? There’s a war on and food costs money and the bills are piling up and…

And there again is the postmodern paradox: never before have humans been as connected, informed and capable as they are today, and yet, never before has the possibility of meaningful collective social action felt so distant. To paraphrase one famous former Yugoslav, the apocalypse is easier to contemplate than is a better world. All the while, the forever war is ongoing, somewhere.