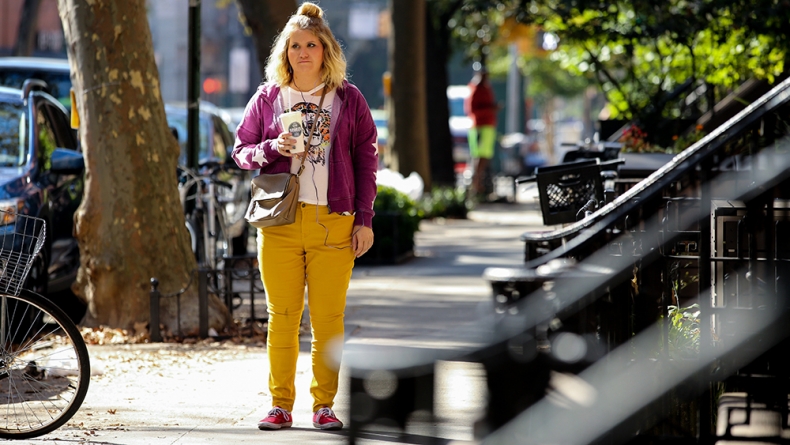 Brittany Runs a Marathon marries a classic comedic approach to millennial angst in ways that make for real laughs and real thought.

Brittany Runs a Marathon nails something very few films get; it delivers the goods of classic comedy while also addressing the concerns of our current times. It’s often hard to make life seem funny these days, at least in crowd-pleasing fashion, and playwright Paul Downs Colaizzo, making his writing a directing debut here, does it by deftly staging the gags, not backing down from human moments and, most importantly, by basing his film around a nuanced yet genuinely funny main character. The titular Brittany (played by Jillian Bell in an outstanding performance) is a lovable loser who sometimes forgets to be lovable. Even though she starts out funny, she grows on us as she herself grows in multiple directions. So often movies about people who aren’t size zero forget to address the concerns of real people who aren’t size zero. They create fat fantasy worlds where revenge or jealousy serves as the motivation for a minimizing makeover. Brittany’s only area of growth isn’t how she shrinks as she becomes a runner; instead, she considers her health, her friendships and her own internalized fat-phobia.

At the start of the film, Brittany is a low-level theater employee in New York City. She spends her free time partying hard, running on a toxic mixture of alcohol and uppers. And though Brittany always seems to be up for a party, her life doesn’t actually seem that fun. Her doctor tells her she’s overweight, her Instagram-obsessed friend and roommate Gretchen (Alice Lee) uses her as a prop to make herself look skinnier and her blood pressure is as high as her bank account is low. So Brittany decides to set an insane goal: screw Couch to 5k, she sets out to run the New York City Marathon. And she makes new friends along the way, including the frenemy-at-first Catherine (Michaela Watkins), fellow running upstart Seth (Micah Stock) and grumpy love interest, Jern (Utkarsh Ambudkar).

The film is very funny, often in slapstick ways, but the film’s awareness of its own leading lady keeps these laughs from feeling cheap. Bell has an everywoman charm to her that makes us like her anyways, as she’s already proven in memorable performances like those she gave in 22 Jump Street and the underrated 2017 comedy Rough Night. But she adds both a sweetness and an edge to Brittany that makes her even more relatable than before. As Brittany transforms physically, Bell (and Colaizzo’s smart script) remind us that Brittany can’t fix all of her problems through running. Bell is supported here by excellent performances all around, though Watkins is a standout and she makes her character’s somewhat surprising growth completely believable.

Though Brittany Runs a Marathon’s overall plot is not that surprising, that ends up being part of the fun as well. So many comedies try to undercut the expected and in the process forget to have a payoff. Brittany’s surprises come at a moment-by-moment level, a strategy that leaves its satisfying catharsis intact. That’s not to say it ends predictably. It also has to be said that the film, written and directed by a man, addresses women’s feelings about their bodies, about sex and about other women in nuanced, respectable and funny ways. This happens too rarely in film, particularly comedies.

Brittany Runs a Marathon doesn’t reinvent the wheel, but it marries a classic comedic approach to millennial angst in ways that make for real laughs and real thought. It’s a film that doesn’t take itself too seriously, but gives its heroine the respect she deserves.