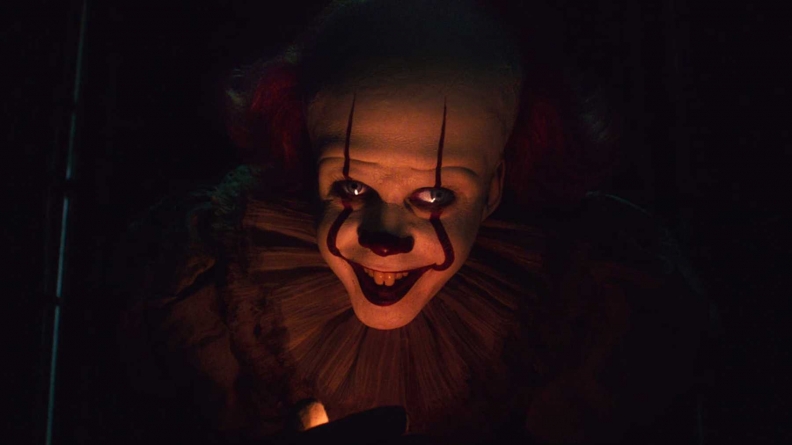 A work that meditates on the trauma of childhood and how it follows us into adulthood, but without sacrificing the fun of a good, creepy scare.

It Chapter Two has a nifty little sequence in its early scenes, one which finds its protagonists gathered at a Chinese restaurant 27 years after the events that transpired in this horror story’s opening episode. Bill Denbrough (James McAvoy), Beverly Marsh (Jessica Chastain), Richie Tozier (Bill Hader), Ben Hanscom (Jay Ryan) and Eddie Kaspbrak (James Ransone) are all summoned by their childhood friend, Mike Hanlon (Isaiah Mustafa), in order to return to their hometown of Derry and battle an evil clown known as Pennywise (Bill Skarsgård) who has returned to wreak murderous havoc on the town once more.

But first, these children-turned-adults must catch up and slowly recall the events that are beckoning them back. These moments inside the Chinese restaurant, which was also one of the novel’s most deliriously bizarre sequences, begin with relationships being rekindled (Beverly and Bill exchange romantic stares, Richie jokes about fucking Eddie’s mom, etc.) but evolve into absolute horror as a pile of fortune cookies become vessels for sheer horror (grotesque baby heads atop spider bodies, gooey severed eyeballs). It’s the movie’s first true glimpse at what’s yet to come, both in the on-screen chemistry between the adult versions of the affectionately named “Losers Club” and the creepy creations that will haunt and taunt them throughout the duration of the film.

These two aspects are the structural backbone of It Chapter Two, as it’s a work that meditates on the trauma of childhood and how it follows us into adulthood, but all without sacrificing the fun of a good, creepy scare. To be fair, much of the movie’s horror is captured through a flurry of CGI shit being hurled at the screen with loud accompanying noises, but the nightmare-esque ingenuity of these creations is where the film finds its greatest strength when it comes to terror. There are moments, albeit brief, that truly stick with you. It does for computer-crafted imagination what John Carpenter’s The Thing did for practical effects (and there’s even at one point an obvious nod to this iconic film). Its scare tactics are rooted in silliness without sacrificing spooky substance, and they’re so much fun to watch. It Chapter Two is superior to the first film in many ways, but most notably, its approach to interweaving dreadful delight within its story is far stronger than its predecessor was able to achieve.

However, while these scares are often a blast to witness, the film would be nothing without the contributions of its superb ensemble. In sheer casting alone, the entire crew captures the looks and mannerisms of the first film’s childhood cast with authenticity that is almost as haunting as the film’s eponymous clown. From the way McAvoy captures Bill’s stutter to the neurotic nature of Ransone’s portrayal of Eddie, it often feels as if we truly are witnessing these characters 27 years later. Hader, specifically, is the film’s MVP, bringing to his performance a textured air of humor and tragedy that splits your funny bone and breaks your heart all at the same time.

The film’s gratuitous running time is certainly its weakest aspect, thought admittedly the minutes travel by much faster than one would suspect from a nearly-three-hour movie about trying to conquer a killer clown. It Chapter Two takes its time in establishing its themes and atmosphere, and while it dawdles perhaps too long on certain elements, the journey is worth it in the long run.