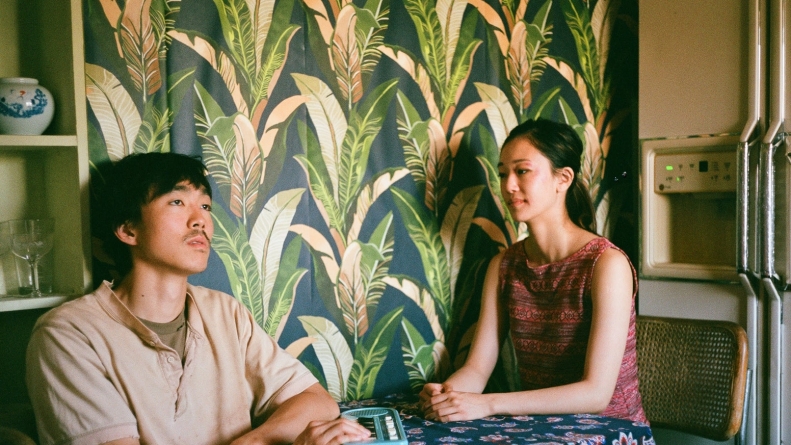 Though Ms. Purple is small in terms in terms of budget and focus, it feels bigger and more polished than it has any right to.

The latest film from talented director (and Twilight saga actor) Justin Chon, Ms. Purple is slow-moving. But Chon, who co-wrote with Chris Dinh, uses that slow pace to fully explore his characters and the circumstances of their lives.

The film follows Kasie (Tiffany Chu in a powerhouse performance) as she and her brother Carey (Teddy Lee) negotiate caring for and letting go of their dying father, Young-il. In a flashback, we learn that Kasie and Carey’s mother left her children in their father’s care long ago. Today, Young-il is comatose, Kasie still lives with him and Carey is long gone. When Young-il’s nurse quits, the overworked and underpaid Kasie is forced to reach out to her estranged brother for help.

Ms. Purple is primarily set in L.A.’s Koreatown, and Chon (and cinematographer Ante Cheng) do a wonderful job of showing the many layers of the area. Much of this is achieved through Kasie’s assortment of jobs and personal commitments. While her home life with father is spare and particularly depressing because of his condition, we see Koreatown’s nightlife as Kasie works as a hostess at a karaoke bar and attends events as the paid companion of Tony (Ronnie Kim). While the work is demeaning, Chon is careful to show both Kasie and Koreatown in a three-dimensional way.

As it progresses, it becomes clear that Ms. Purple is less about Kasie’s development and more about her reunion with Carey. The two come back together gradually but powerfully, and the time devoted to their familial reconnection is worthwhile. In a more commercial film, Kasie would quickly reconnect with her brother and the story would then follow her romance with Octavio (Octavio Pizano), the young parking attendant she takes a shine to. But in real-time and flashback we see how these two relatively unmoored siblings re-establish their bond and in doing so give each of their individual lives more shape and meaning.

As the title suggests, Ms. Purple is alive with color, and Chon obviously counts color-savvy filmmakers like Wong Kar-wai and Nicolas Winding Refn among his influences. The slowness of Kasie’s meanderings through Koreatown and of her time at home are made more meditative than monotonous thanks to this keen visual intelligence, and also because of the expressive Chu’s ability to tell a story without words. Lee does a fine job backing her up, but Chu completely carries the film and, smartly, Chon seems more than happy to let her. It seems impossible that this is her feature-length film acting debut. Though she previously stars in the Twitch series “Artificial,” this performance announces a new talent to audiences and filmmakers alike.

Though Ms. Purple is small in terms in terms of budget and focus, it feels bigger and more polished than it has any right to. The artistry on display makes it feel like an intimate effort from a highly experienced filmmaker with money to spare. Its success isn’t a mystery – this sheen is a result of a fine cast, polished production and confident direction, most often demonstrated by Chon’s willingness to allow the action to unfold slowly. The film lingers instead of dragging, and a testament to all of these aforementioned qualities.

A quietly satisfying film by an obvious talent, Ms. Purple differs considerably from Chon’s previous film, the more direct and jagged Gook. So it will be exciting to see where he will go from here. Regardless of the future, his latest is a powerful comment on the current moment, and worthy of wide attention.