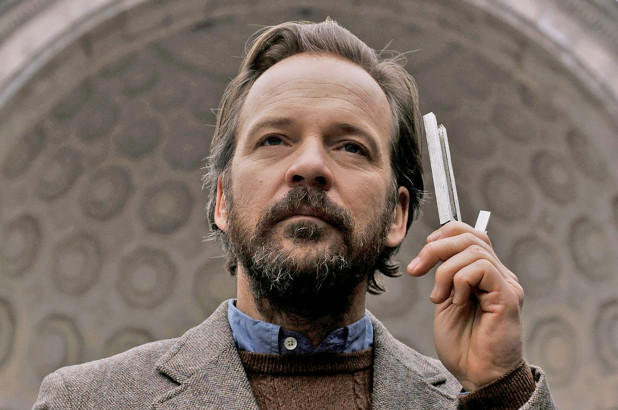 In expanding his short film The Sound of Silence into a feature length debut, filmmaker Michael Tyburski stretches an interesting premise well beyond its breaking point.

The Sound of Silence Dominic Griffin

In expanding his short film The Sound of Silence into a feature length debut, filmmaker Michael Tyburski stretches an interesting premise well beyond its breaking point, taxing an otherwise unique concept with the same well-worn pitfalls of many a Sundance darling. The result is a maudlin, tedious indie flick that’s nowhere tongue-in-cheek enough to make up for its inherently ridiculous set-up.

Like the short, the film follows a man who specializes in analyzing the effects of sonic environments on the moods of people who live inside them. Peter Lucian (Peter Sarsgaard) works as a “house tuner,” a guy who can walk into your apartment and tell you the reason you’ve been sad lately is because the sounds coming from your toaster and refrigerator aren’t operating in harmony. At first, it seems like Tyburski plans to play these absurd vocation for droll laughs, presenting Peter’s work so dryly the viewer can’t help but chuckle. But as the film progresses, it feels more and more like Tyburski isn’t kidding at all, and this is just another in a long line of over-the-top quirks assigned to sad, bearded white dudes in arthouse dramedies.

Peter is the best in his essentially made-up field, but the crux of the film’s drama comes from his inability to properly diagnose a home inhabited by Ellen Chasen (Rashida Jones), a woman whose source of sadness would be obvious to anyone other than a painfully obtuse man obsessed with waveforms and tuning forks. The film attempts to draw intrigue from this pairing, and its two leads are, of course, very talented performers, but no amount of subplots about the minutiae of the audio analysis world can distract from the unavoidable fact that there’s just not enough compelling material here to sustain a full movie, even one as short as this.

For his trouble, Sarsgaard should receive some kind of award for how close he comes to making Peter Lucian feel like a real character when the script has provided little more than a rough sketch that might be enough to support a background player in a Tim & Eric video. His Lucian stands out from a career of similarly unassuming but exacting men in Sarsgaard’s filmography, always appearing authentic and plausible as a human being, despite never seeming to rise above the rather obvious implications in his struggles.

But the problem lies in a character study whose main character feels like a protracted joke with no punchline instead of a genuinely compelling on-screen figure. The festival circuit produces too many of these interchangeably quirky exercises in dull photography and cutesy affectations to give half a shit about where this particular one might go, let alone for it to stick around in one’s memory after reaching its conclusion and seeing that it goes where so many other films of its ilk always end up: nowhere. At least a handful of talented actors got paychecks and some celebratory pats on the back.