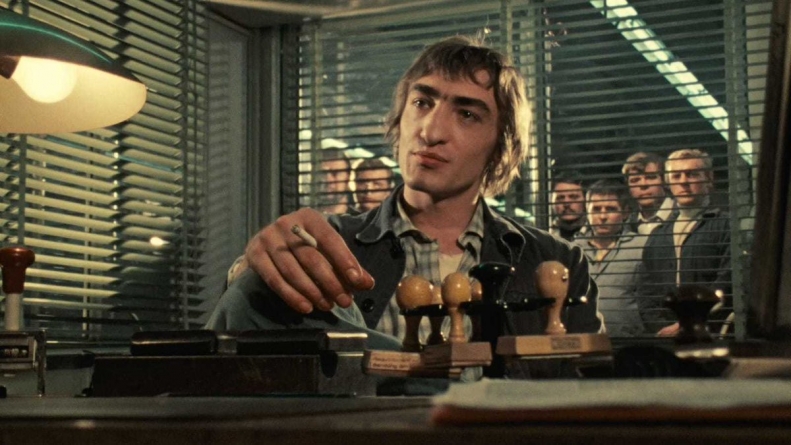 A clear-eyed story of an everyday family and the ways they work together to overcome the odds thrown at them by a difficult and wounded world.

Rainer Werner Fassbinder isn’t known for his affection towards mankind. His best-loved films often feature a bleak ending for his protagonists. Yet, in Eight Hours Don’t Make a Day, an eight-hour television mini-series the prolific director created in 1972 and 1973, we get the quirks and trials of a Fassbinderian world but also a happy ending as well.

Split into five parts, Eight Hours Don’t Make a Day has long been out of print and almost never seen in the United States. Thanks to the fine folks at the Criterion Collection, the entire series is now available for binge-watching. Billed as a “Family Series,” Eight Hours Don’t Make a Day is actually programming for the working class, an indoctrination to Marxist ideals but told through a series of conflicts and resolutions circling around a singular German family and their friends and colleagues. This is no dry call to arms but rather a craftily scripted melodrama featuring many of Fassbinder’s usual players. 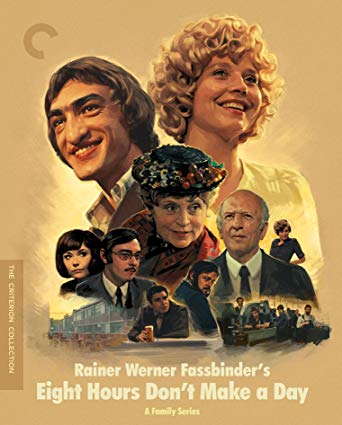 We’re nearly 50 years removed from when Fassbinder made the series, but it is important to remember that the fascists fell less than three decades before it aired. Germany was still crawling out from the rubble of World War II and the damage of Hitler’s regime. The younger characters in the series embrace American pop culture (we hear Leonard Cohen, Neil Young and Janis Joplin) while the older ones are testing out new freedoms. Over the series’ ample runtime, Fassbinder has the room to stretch out and truly explore his characters. If there is a center, it would be Jochen (Gottfried John), a young factory worker fed up with the unfair rules and demands of his higher-ups.

Fassbinder begins his first episode at a family dinner where Jochen is celebrating the birthday of his feisty Grandma (Luise Ulrich). We meet Jochen’s family and as Fassbinder’s camera lingers in the tight dining room, we learn about the tension and the squabbles that exist between each of the members. Jochen leaves to buy some champagne and encounters Marion (Hanna Schygulla) at a vending machine and they soon fall in love. Though the ups and downs of their relationship are a central story in Eight Hours Don’t Make a Day, Fassbinder shapes each episode around a conflict where his protagonists are at odds with a stronger foe – the supervisor at the factory, the municipal government, an abusive husband – and how they eventually find a way to overcome the odds to succeed. Eventually, even the crustiest of Fassbinder’s characters are won over by the liberal ideals of Jochen, Grandma and the others.

The series is not overtly preachy, however. The characters struggle with their decisions and Fassbinder allows these conundrums to play out at the dinner tables and in the bedrooms of the small Cologne apartments they inhabit. Most of the series is talk, but it’s an exhilarating change from the current options at the multiplex. It is fascinating to see these characters conspire at work, get shitfaced at the bar, scheme in a strange coffee shop, argue and make up at the dinner table. The main stories that inhabit each episode – Grandma and her new lover Gregor (Werner Finck) looking for an affordable apartment while opening a rogue day care without the proper licenses or Jochen’s sister Monika (Renate Roland) trying to escape an abusive relationship from husband Harald (Kurt Raab) – may seem like they should be the only threads but in many ways they are secondary to Fassbinder’s humanistic approach of simply observing his characters being human, especially a nearly 30-minute wedding scene in the penultimate episode where the central characters are all gathered together.

You can see the seeds of Fassbinder’s later masterpieces in Eight Hours Don’t Make a Day, especially his sensitively rendered Ali: Fear Eats the Soul (1974). When held up against today’s television, much of it violent or garish, these eight hours feel particularly pertinent, especially as we brush up against authoritarianism in our own government and political landscape. As the hopelessness piles up while we lose our health insurance and more, Eight Hours Don’t Make a Day confirms that all is not despondent. But this is not a work made for the people on the left. It’s a clear-eyed story of an everyday family and the ways they work together to overcome the odds thrown at them by a difficult and wounded world.