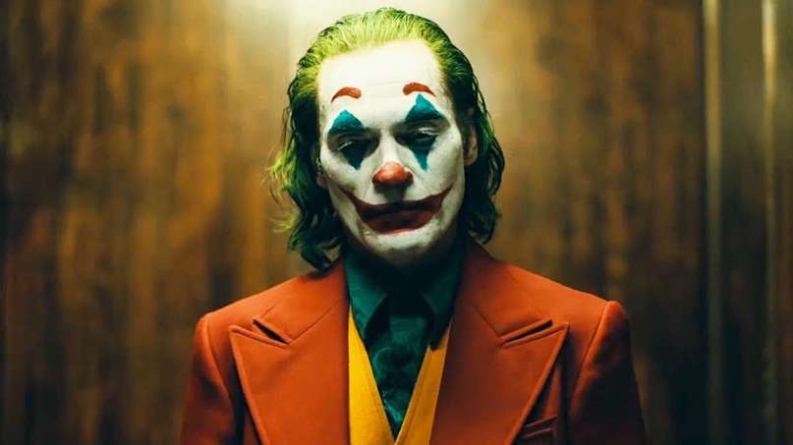 For someone routinely bored and dismayed by cookie-cutter superhero films, Joker is a fresh breath of rotten air, a gutsy and realistic genesis story of one of the most beloved comic villains. Jack Nicholson was nominated for a Golden Globe for playing Joker. Heath Ledger won an Oscar for his portrayal of Batman’s arch-nemesis. Now, it’s Joaquin Phoenix’s turn, playing perhaps the most complex and pitiable Joker of them all. Every moment of his performance is a tour-de-force, one of his absolute best in a career of playing outsiders, weirdos and psychos.

Winner of the Golden Lion, the top prize at the Venice Film Festival, Joker plays like a superhero movie directed by Martin Scorsese. Directed by Todd Phillips of all people, the guy who brought us the Hangover films, Phoenix’s Joker is a cross between Travis Bickle and Rupert Pupkin, a depressive loner who is plagued with mental illness. And though the film may play a bit too much like Scorsese-lite, the riveting performance of its lead and its purposeful distancing from the cash-pit Marvel titles (i.e. no CGI and minimal action) makes Joker a rare comic book film that actually surprises.

Let’s be straight, this is no action film. Yeah, there is violence and some explosions but the majority of Joker is a psychological thriller. Comic book movies have been moving in this direction with fare such as Logan pushing away from the conventional MCU-type action bonanzas. Phillips has no problem with a slow plot, instead focusing on his main character’s mental decline. When we first meet Arthur Fleck, he is working as a clown for hire, holding going-out-of-business signs on the street and performing for kids with cancer. He is victimized by hoodrats and shunned by his coworkers because he has a pretty sizable tic: he laughs maniacally when confronted with emotional distress.

Phoenix channels the early work of Robert De Niro, the lanky violence of Mean Streets, the tortured vigilantism of Taxi Driver, the delusional hopelessness of The King of Comedy. The actor must have dropped more than 50 pounds for the role, his gaunt face framed by shaggy, greasy hair. As if the acting and look of the film isn’t Scorsese enough, De Niro appears as a smarmy talk show host who is pretty much the same character Jerry Lewis played in Comedy. Still, Phoenix commands every frame whether he’s laughing maniacally, grappling with alienation or contorting his body into shapes we haven’t seen since Christian Bale lost all that weight to star in The Machinist.

Joker has already been met by controversy before its release due to its violent context. The film does not glorify violence. That’s bullshit. For every death, there is a moral consequence. The argument wears thin when you hold Joker up to a Marvel movie where all kinds of stuff blows up along with millions of unseen innocents. We’re not supposed to enjoy the violence in Joker. We don’t laugh or thrill to the fighting here like we do in Black Panther during that epic final battle in Wakanda. Fleck is the unseen, the mentally ill who are pushed to the periphery in a society that has no use for them. He is beaten-up, mocked and ignored. It’s only a matter of time before he snaps.

Joker doesn’t exist in a vacuum. We see young Bruce Wayne. We see his parents. But they aren’t essential to the plot, necessarily. Just collateral damage. Like always, Gotham City is filmed as a dark, depressing place. Tim Burton made it look like something out of a Fritz Lang movie in his Batman movies. Phillips is trying to capture the flavor of Scorsese’s mean streets of the ‘70s and ‘80s.

It’s hard to know how much credit goes to Phillips. There are times where he could have filmed certain sections more coherently (such as Arthur’s obsession with a neighbor) and we never need to hear Gary Glitter’s “Rock and Roll Part 2” nor Cream’s “White Room” ever again in montage. However, Phillips fully commits to the look and feel of Joker. Pair that with a transcendent Joaquin Phoenix performance, along with a timely message, and you have one of the best films of 2019.