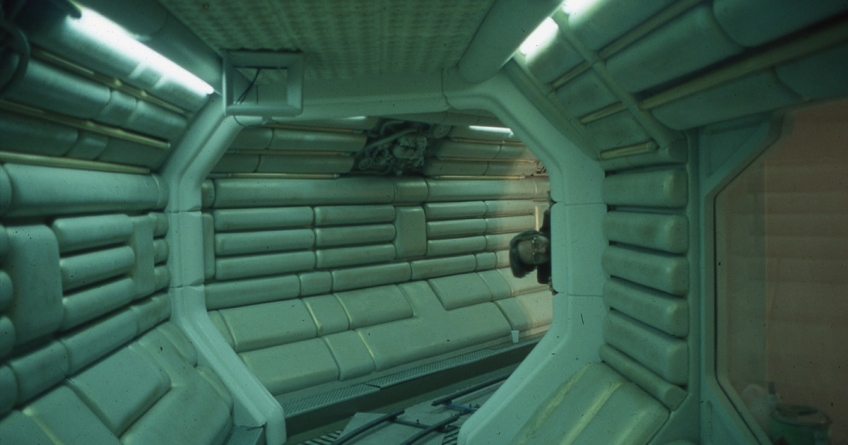 A powerful, insightful love letter to one of the greatest movies of all time.

How does a perfect film get made? In most cases, we tend to think of perfect (or close) cinema as the result of the singular vision of a very talented filmmaker. But if Alexandre O. Philippe’s snappy, insightful documentary Memory: The Origins of Alien is to be believed, the cinematic perfection that is 1979’s Alien was the result of a meeting of several different brilliant minds. A mixture of artistry, deal-making and just plain luck all conspired to create the right environment for Alien to form.

Memory begins and ends with a heavy-handed framing device filmed at the famed Temple of Apollo is Delphi, Greece. Though this metaphorical journey does tie in with some of Memory’s analysis of the famed xenomorph, it is distracting and more than a little confusing. From, there, however, Phillippe hits the ground running. The early part of the film examines the major talents involved in creating the film: screenwriter Dan O’Bannon, artist H.R. Giger and director Ridley Scott. Though Scott and Giger often get the lion’s share of the credit, Phillippe reveals how much of Alien came from O’Bannon. He wasn’t just a screenwriter, but a devotee of both pulp and mainstream science fiction. He also shared one of his inspirations, H.P. Lovecraft, with Giger.

The Swiss painter Giger was hired to design the creature, though Memory reveals that his work went well beyond just that. These designs involved imagining the xenomorph at all of its different “stages” and also imagining the alien ship, the space jockey and other alien “infected” environments. One of Memory’s biggest reveals is that the infant version of beast itself (which Veronica Cartwright calls a “penis with teeth”) was inspired by a Francis Bacon painting.

While O’Bannon and Giger brought heavy science fiction bonafides to the table, they were matched with the perfect partner in the young, studio-chosen director Scott. Scott imagined and fought for the Alien’s “truckers in space” aesthetic as well as the film’s quiet opening 45 minutes. And, of course, he choreographed the now-famous “chestburster” scene, and it’s the creation that obviously interests Philippe most. Though not as laser-focused as his previous film, 2017’s 78/52: Hitchcock’s Shower Scene, Memory comes close in that analysis of the chestburster scene takes up nearly half of the documentary. It’s worth it, however, as the scene is not only one of the most famous in movie history, but it is also an intriguing amalgamation of moving (and in some cases, random) parts. Many aspects of the scene are already legendary, such as the cast’s relative ignorance of what exactly was going to happen. Other elements, such as the rotting smell that accompanied the xenomorph’s appearance add layers to a scene that many viewers will already know by heart.

There is room for more digging here, particularly given the quality of what is revealed here. Some elements, such as how both of the film’s female characters were added in rewrites, are mentioned but not really analyzed. Since Sigourney Weaver’s Ellen Ripley, is one of the most famous film characters of all time, more on her and the film’s trailblazing (and apparently somewhat accidental) feminism would have been a welcome inclusion.

Fans of Alien will almost surely enjoy Memory given its combination of reverence and revelation regarding the 1979 classic. But any fan of film should admire Memory for the way it shows the special alchemy, the mixture of creativity and economics and opportunity and luck, that goes into the making of a movie. Memory: The Origins of Alien is an excellent addition to the world of film documentary, and a powerful, insightful love letter to one of the greatest movies of all time.