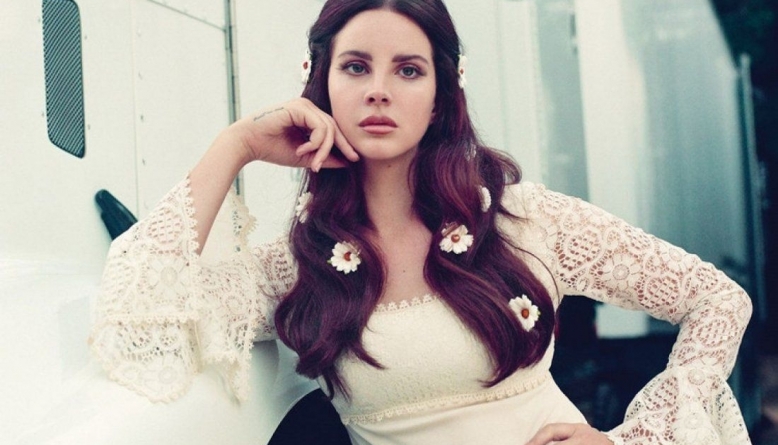 Even with the release of her best record, Del Rey still finds a way to be elusive and difficult to pin down.

The choice of venue often makes or breaks a performance, and a basketball arena really isn’t the right spot to enjoy the music of Lana Del Rey. Her most recent album, Norman Fucking Rockwell!, is the promise of talent delivered after the artist formerly known as Lizzy Grant broke onto the scene in early part of the decade with her “Video Games” single. Easily her best record, NFR is a collection of mostly hushed ballads, music for a dark club or theater, not the impersonal monolith of the Moda Center.

Empty space made it even more impossible for Del Rey to bridge the divide between performer and audience. Most of the upper level of the arena was covered in black cloth. About two-thirds of the floor, home to a swell of fans who bought GA tickets at the front, remained empty. But in order to reach more fans, Del Rey had to sacrifice intimacy, and for an artist who holds everything and everyone at arm’s length, that is possibly the goal.

Del Rey took the stage in a white lace dress as the opening lyrics of NFR appeared on the screen behind her: “Goddamn, manchild/ You fucked me so good that I almost said, ‘I love you.’” Then the crowd screamed and the sweet swell of that very song filled the arena. And for the next 90 minutes, over the course of 20 songs, Del Rey did what she has done her entire career: beguiled and puzzled us, alternated between sincere and detached, pouted like a diva and flitted across the stage like a ghost.

The paradoxical nature of Del Rey infiltrated her concert, making it easy to both love and hate the show. The simplicity of it all, down to the spare stage and minimal instrumentation, acted as the antidote to an overblown arena show. Ivy and fake trees adorned the set. A solitary swing sat mostly unused off to one side. Yet Del Rey was flanked, at times, by two sultry dancers who posed and vogued as if they were backing up Madonna.

Del Rey possesses an amazing voice and for some of the show, such as her quiet take on Joni Mitchell’s “For Free” or during an impromptu version of “The Greatest” at the request of a fan, the singer impressed. But there was also a lot of double-tracking trickery taking place, and sometimes, especially during the hooks of the big songs, it looked like Del Rey was more or less lip-synching over the prerecorded stuff.

Del Rey’s aloof persona also kept the concert from being truly great. Unlike a Tina Turner, she never really owned the room. There was a certain remove and awkwardness that prevented Del Rey from truly breaking through as a performer. Even during big moments like “Born to Die,” “Summertime Sadness” and “Video Games,” it felt like something was holding her back. At times, she seemed more concerned about her lost vape pen than putting on a good show.

The setlist provided a good smattering of songs from Del Rey’s career, even though the Destiny’s Child-biting “Off to the Races” seemed like a strange choice for inclusion. By the time Del Rey ended the show with “Venice Bitch,” the fans in the front were clamoring for a moment more with the diva. And while the band played the extended instrumental segment of that song, Del Rey worked the front of the crowd, signing autographs and taking selfies with fans, pausing to sing when required. It was a strange way to end the show. There was no encore. Even with the release of her best record, Del Rey still finds a way to be elusive and difficult to pin down.