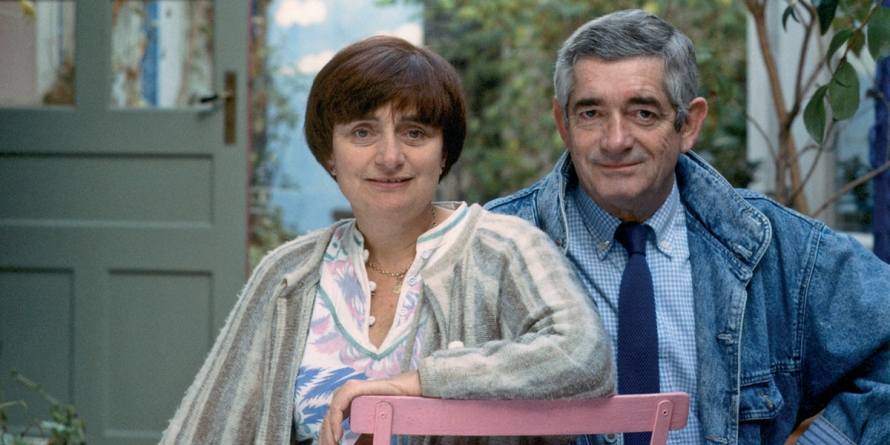 After releasing The World of Jacques Demy in 1995, Agnés Varda would take a six-year break from filmmaking before returning with one of her most acclaimed works, The Gleaners and I. It seems that the ‘90s were something of a lost decade for her, as all of her films between Demy’s death in October 1990 and The Gleaners and I were focused on the filmmaking legacy of her late husband. In this vein, The World of Jacques Demy, then, is something of a culmination of her artistic output for this timeframe as well as the pinnacle of her mourning for the man to whom she had dedicated her life.

The film does come across that way, as a period at the end of a five year-long sentence of cinematic celebration of Demy and his work. In The World of Jacques Demy, Varda gives viewers a non-chronological biography of Demy’s career, covering each of his films with a combination of archival footage from the sets, contemporary interviews (meaning, in the ‘90s) with some of the principals from each film and brief excerpts of each work. Demy loved bright costumes, ebullient song-and-dance set pieces and weird, campy dramas (Donkey Skin, The Pied Piper and A Slightly Pregnant Man are prime examples) and there has always been a disconnect for Varda fans between his high-commercial, apolitical cinema and the shoestring-budget, radically political films of his wife. The World of Jacques Demy offers no solution to the persistent riddle of how these two got along so well, given their diametric artistic sensibilities.

Even viewers who do not care for or know nothing about Demy’s films can still enjoy The World of Jacques Demy because it is as much an ode to cinema as it is to Demy’s place within the medium. Perhaps the best example of this is Varda’s interview with Harrison Ford at the actor’s Wyoming ranch: Ford is wildly bearded, dressed like a dirtbag and grinning in that aw-shucks-aren’t-I-just-the-handsomest way of his while a massive snowstorm piles up behind him and he discusses his cancelled-at-the-last-minute leading role in Demy’s 1969 film Model Shop, a commercial flop; Ford and the snow are so charming that this segment is enjoyable regardless of the context.

But The World of Jacques Demy suffers from a lack of purpose. What is Varda going for here? Is it just another lamentation-style tribute to her dead husband? If the ultimate thesis of The Young Girls Turn 25 is that movie magic will allow us to return to the beautiful summer of 1966, then perhaps the aimless meandering through Demy’s oeuvre on display in The World of Jacques Demy is Varda’s sad revision of that previous thesis: namely, not even movie magic can take us back to the halcyon days before the death of a loved one ripped out our heart. Her long hiatus from filmmaking that followed this work suggests that what reads as a paucity of purpose here is more indicative of an artistic dry spell; she just needed a few years away to find something more to say. Certainly, once she returned to cinema in 2001, she became as prolific as she had ever been before.