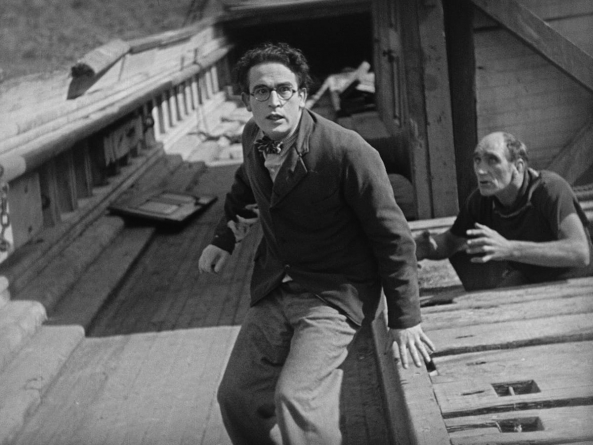 Many of Harold Lloyd’s films build-up to a jaw-droppingly choreographed scene.

Many of Harold Lloyd’s films build-up to a jaw-droppingly choreographed scene. Whether it be Lloyd scaling a building in Safety Last! (1923) or a crucial football game in The Freshman (1925), Lloyd frontloads his films with exposition, making the payoff even more glorious. The same thing happens in The Kid Brother, the silent film star’s 1927 bucolic comedy about the son of a country sheriff aching to escape the shadow of his more capable older brothers. There are flashes of inspired comedy interspersed with a rote story until an amazing fight scene/scramble ties the film completely together at the end.

Lloyd stars as Harold Hickory. His father, Jim (Walter James), is the sheriff and prototype of the laconic small-town male, one who trusts his two older sons with all the important work around their farm while Harold does the laundry. Harold yearns for their respect but all he gets is contempt. Beyond doing chores, Harold spends his time getting into fisticuffs with the neighbor’s doltish son. Not really the most exciting ways to pass the time. 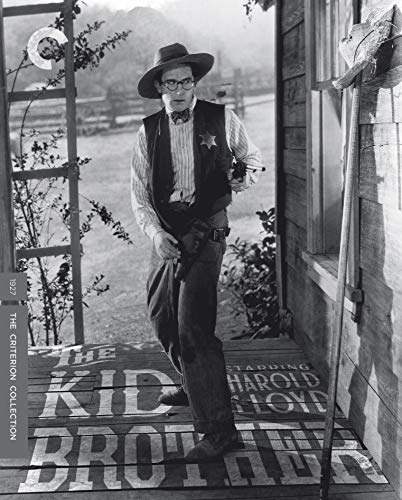 Soon, a traveling medicine show comes to town, something Jim would not allow. Led by Mary (Jobyna Ralston), who inherited the show from her dead father, the caravan also includes the criminal Flash Farrell (Eddie Boland) and his goonish strongman Sandoni (played by wrestler Constantine Romanoff). When they come to the Hickory farm to ask for permission to set up shop, Mary confuses Harold as the sheriff. Desperate to seem legitimate in front of this beautiful woman, Harold allows her to believe that he is the local law and gives her a permit for the medicine show to perform in town.

The rest of the film involves some stolen money and a budding romance between Mary and Harold. Eventually, he and Sandoni must face off in the bowels of an abandoned ship. It’s here that The Kid Brother kicks out the stops as the wimpy Harold and the creepy wrestler engage in a life or death battle. For the first time, the stakes here feel real as Harold must find a way to beat a much stronger and deadlier opponent.

Lloyd has not received the same historical consideration as contemporaries Charles Chaplin and Buster Keaton but the Criterion Collection wants to change that by giving the actor his due with gorgeous Blu-ray releases of his films. Unlike Safety Last! and The Freshman, The Kid Brother is set in a rural milieu, not in a city or a college campus. A lot of the comedy comes from watching Harold find inventive ways to do his chores such as hang his laundry on a kite string or drying his dishes by spinning them in a net. He also sits his hat on a pig while trying to escape from the neighbor’s son.

Obviously, Harold finds a way to vanquish Sandoni, get back the stolen money, get the girl and earn the respect of his family. However, Lloyd makes the journey to this inevitable conclusion enjoyable with interesting characters, truly funny gags and a sweetness that runs through the core of The Kid Brother.