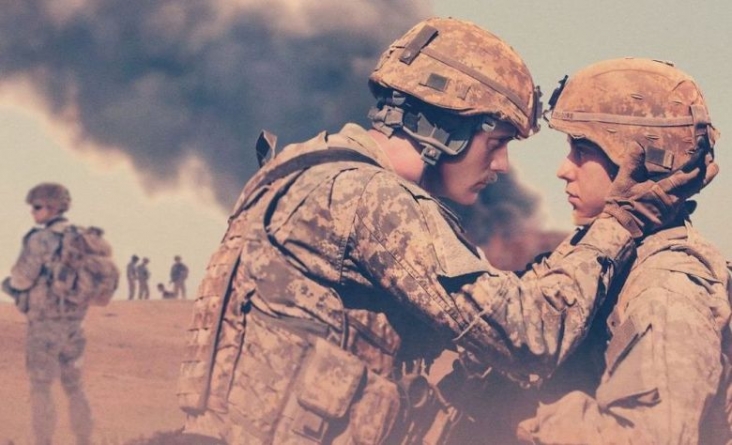 Why make a feature film based on your own documentary?

Why make a feature film based on your own documentary? That is the question that haunts Dan Krauss and his new movie, The Kill Team, a feature based on the same material as his 2013 doc of the same name. Based on the true story of a young soldier who witnessed atrocities committed by members of his platoon in Afghanistan in 2009, The Kill Team plays more like a tense version of The Most Dangerous Game than a damning indictment of war crimes committed by the US Army.

The story does have enough dramatic tension to make a feature film but with the documentary less than 10 years old, there is a more definitive version available. It may not be as egregious as George Sluizer remaking his 1988 classic, The Vanishing, in English and making the ending more upbeat, but creating this version of The Kill Team feels like using resources that could been applied somewhere else.

War is hell. We know that and there are countless films out that show how violence and power corrupt. Just look at the evil higher-ups in films ranging from Platoon to Casualties of War. This time around, Alexander Skarsgård plays the villainous Sergeant Deeks who steps in to replace another sergeant killed by an IED in the film’s opening sequence. It’s only a matter of time before he has the squad murdering and torturing Afghanis using the flimsiest logic (“this is what we do” or something) as justification.

As the moral center of the film, Nat Wolff plays Private Andrew Briggman, a wet-behind-the-ears newcomer who resists Deeks’ deadly charge. Unlike Charlie Sheen or Michael J. Fox, Wolff is pretty ho-hum in every aspect of his performance. We’re supposed to believe that he wants a leadership position on the platoon and when it turns out he’s the only hold-out in Deeks’ awful machinations, Briggman pretty much does nothing at all.

There are some tense moments in the film, especially when the platoon turns on Briggman, putting him in danger. But since the movie is based on a documentary we know that the truth will eventually out and that defangs any moments where it appears Briggman is in peril, including one where he is dragged to the firing range by the other soldiers and then forced to collect the targets. Skarsgård is clearly in a different acting bracket compared to the rest of the actors in the film and that disparity is especially clear whenever the actor shares the screen with the younger men in his platoon, a scion of both warmth and menace. Maybe all those years on “True Blood” paid off.

Despite some strong moments, The Kill Team is at its best when playing as a thriller and not an indictment of the US Army. Its brisk running time of 87 minutes sacrifices most character development but at least it is merciful in its use of gore. The Kill Team could have been more compelling, but by recreating the same thing he did before, Krauss runs the risk of being a one-trick pony.