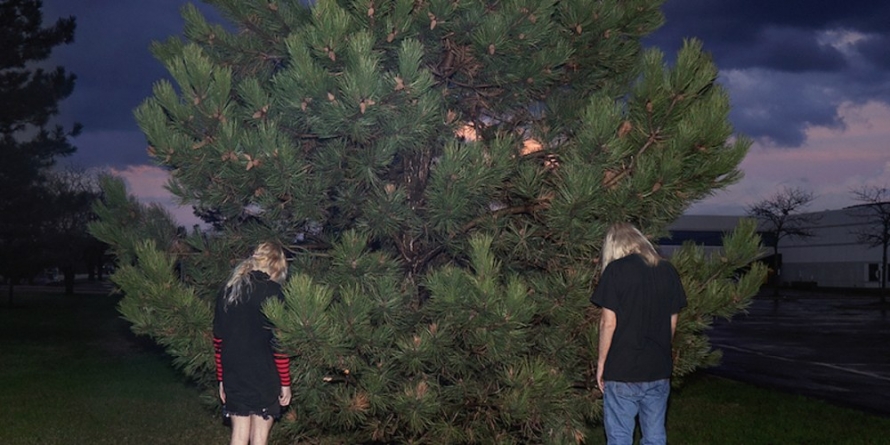 Unless you absolutely need to see them before success gets them, it’s probably best to wait until they can play longer than an episode of “The Simpsons.”

How does music hype work in 2019? The existence of Twitter, Tumblr, Facebook and everything in between has decentralized a once thriving blogosphere, and it’s hard to know where to turn for The Next Big Thing. As a result, word-of-mouth can happen organically enough that you can have no idea where you even heard about some fresh new band, which further breaks down our ability to find an authoritative space. I have no idea where I first became aware of LA/Chicago duo 100 gecs, but it was difficult to not feel fascinated by their fast, chaotic approach to pop music, where the creators – Laura Les, 25, and Dylan Brady, 24 – tossed every star in the pop sky into a blender of anarchic noise that fries your senses within 24 minutes on their debut, 1000 gecs.

All of this makes it obvious that their all-ages debut at Holocene would sell out. The crowd featured the usual blend of 20-something/30-something people, but they were outweighed by the sheer number of teens there. I’m not old, but the all-ages Holocene crowd made me feel ancient. Gecs are a cool kid band, so the modern-day equivalent of “the weird kids you knew in high school who got high and listened to Sonic Youth” were out in full force, some of whom were bedecked in fresh, $70 hoodies and $30 tee-shirts and LPs (gecs, if you’re listening: Stop charging kids so much for your merch, it’s a really bad look). It’s the kind of thing that makes you feel like James Murphy’s “Losing My Edge.” It was a very bizarre scene, to say the least.

Opening for Gecs was Spencer Sprocket. That’s a catchy stage name, except it’s wasted on the fact that he’s a goddamn magician. I don’t mean that in the way we say virtuoso musicians are “magician,” I mean he got on stage and did wordless, comedic magic tricks to a chill backing track. Dressed in monkey-trainer yellow pants and a poncho made of Caution tape (which he ditched partway through to reveal suspenders and a red, white and blue plaid shirt), Sprocket was caught permanently between “charismatic and fascinating” and “remarkably insufferable,” depending on the moment – but, then, isn’t that true of every magician? He did a vast array of tricks and stunts, from juggling prop limbs from a Spirit Halloween store to doing some hula-hoop sleight of hand to “Don’t Stop Me Now.” What shifted the “set” was the fact that the crowd around me – again, the cool kids – were shouting and laughing through it all. It’s wild to watch young indie rock bros lose their fucking marbles over a magician, made weirder by the fact that this is the only context where the bulk of the crowd, who would be embarrassed to be seen watching it anywhere else, were wholly invested in the craft of a literal magician.

100 gecs took the stage to wild applause and chants of “GECS GECS GECS!” at 9:00pm. They performed in quasi Halloween garb, Les in a surgical mask, Brady in warlock robes and a Scarecrow hat – with a tee behind them, evoking the cover of their debut. They launched into “stupid horse” from 1000 gecs and the crowd lost their minds within seconds. My companion and I watched from the back, mildly afraid (and just too wiped out by the crowd’s overall energy) to be in the fray with the rest of the crowd, content to watch the band as well as watching everyone watching the band.

But… god, they’re surprisingly solid performers. They’re undeniably rough, but the duo capitalize on the energy they inspire beautifully. The 325-capacity Holocene isn’t Madison Square Garden, but they commanded the crowd like they were playing a sold out show there instead. The crowd sang along to every single word, gleefully belting out “ringtone” and “money machine,” the latter inspiring a truly apoplectic crowd. Their roughness is something that will be ironed out with more experience and material, but their post-internet sensibilities have led to them having a preternatural ability to perform with all the bravado of an act with far, far more notches in their belts.

And then came the consequence of seeing a rising star: at 9:22, Les announced “This is going to be our last song!” before reminding the crowd that 1000 gecs is only 23 minutes long (and for those keeping score, that’s $1.30/minute for that $30 LP). While that’s a fair reason for a band to play such a short set, tickets were just over $21 before fees, meaning the all-ages crowd paid just under a dollar per minute for the show, not counting Spencer Sprocket, who at least put in a full half hour. The post-internet music world’s best and worst trait is that anyone can make and release music without the gatekeeper systems of record labels, but as a result, anyone’s career can take off with basically no material. Longer shows will come with more material and it’s hard to knock a band for just not having that much when they’re still pretty fresh, but the price charged for that ticket is tantamount to highway robbery – especially when combined with the egregious merch prices. 100 gecs will, with any luck, tap into the same post-internet pop future that AG Cook and PC Music have, but unless you absolutely need to see them before success gets them, it’s probably best to wait until they can play longer than an episode of “The Simpsons.”