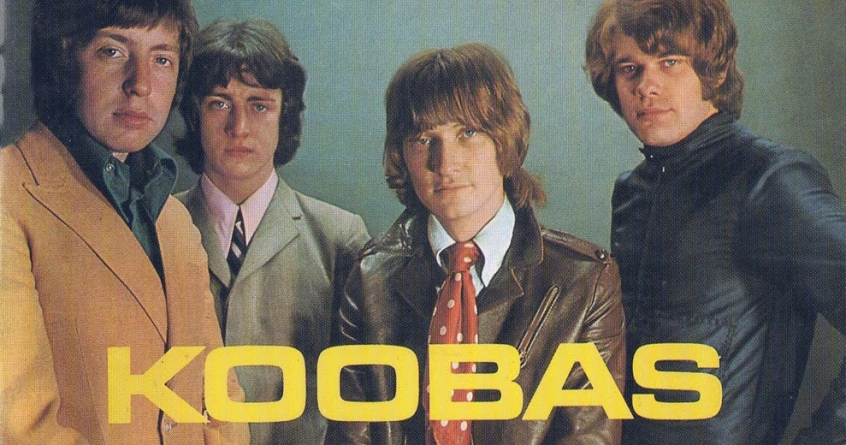 If you’ve never heard the Koobas before, get ready for your second favorite Liverpool band of the ‘60s.

Formed in Liverpool in 1962, the Kubas, as they originally spelled their name, were caught up in the rush as record companies were eager to find the next Fab Four. But their stalled career was marked by frustrating what-ifs; they shot footage for the Gerry and the Pacemakers feature film Ferry Cross the Mersey, but their contribution ended up on the cutting room floor. Their first single, from 1965, sank without a trace. They even joined the final Beatles tour, supporting the mop tops along with the Moody Blues. But chances are, you’ve never heard of them, at least, not before the freakbeat archivists at Bam Caruso reissued their sole album in 1986. With just a handful of singles and this 1969 album to their legacy, maybe The Koobas wouldn’t have been as big as The Beatles. But the one album they had in them was their Sgt. Pepper, with a vague concept and psychedelic aspirations, and some of the best British pop of the late ‘60s.

Released as The Koobas but retitled by Bam Caruso with the apt and more evocative Barricades, the album was the band’s last hurrah after a series of failed singles. Among those had been a cover of “The First Cut is the Deepest,” before Cat Stevens got a crack at it, and that was indicative of the straightforward blue-eyed soul that the Koobas played. They were good at that, but they turned out to be capable of so much more.

Barricades was like a band let out of a cage. With perhaps too-heavy channel phasing (you can hear a less distracting mono mix on Spotify), “Royston Rose” opens up the album with a blast that sounds like a band at the top of its game, not launching what would be a last gasp. In their commercial struggles, Koobas turned to the guitar-heavy exploits of The Creation, and the driving lead riff and bass (listen to it in mono!) comes off like the kind of psychedelic pop The Who aimed for at the time but didn’t quite reach.

One can’t stress enough how revelatory the mono mix is. The separation on the otherwise terrific-sounding Bam Caruso LP gets at the band’s experimentation, but the dedicated monaural mix boosts the bass and unifies their sound into something that you’d think would have been an undeniable radio hit, pushing the fuzzy limits of a tiny transistor radio speakers and booming out of a tube-powered mid-century console.

The Koobas opened their defining statement with a declaration of power, but after a cheeky spoken-word intro explaining “We have a number about something everybody needs … friends,” they respond to “With a Little Help from My Friends” with a heartbreaking should-be-a-staple. “Where are the Friends” opens with an almost sobbing melody, delivered with power and arranged with a shifting inventiveness, from martial drum beats to aching harmonies to fuzz-tone guitar.

The band was founded by drummer John Morris, but he ended up playing manager and assembled what would be the core group, guitarist Roy Morris, bassist Keith Ellis and drummer Tony O’Reilly. It’s a power-trio format, capable of that heavy rock sound, but the band’s pop instincts leaned to the baroque. In other hands, the music hallish “Here’s A Day” would have come across as more fey; even then, melodramatic spoken-word interludes suggests a flamboyant theatricality, but the central harmonies area propelled by O’Reilly’s drumming and the robust voices-in-unison.

Bam Caruso was justified in promoting “Barricades” to a title cut. The ambitious production opens with pounding piano, and its melodic shifts, which careen from explosive guitar to actual explosions, suit anthemic lyrics that call for, “symphonic riots through the streets.” This is a distinctly British psychedelia informed by live theater. Bam Caruso’s reissue artwork puts these nice Liverpool lads against a backdrop of what looks like some hammy silent-movie scene, which gets at the ingenious generational stew the boys cooked up for the end of their career together.

A cover of “A Little Piece of My Heart” is a nod to their R&B roots, but the original popcraft keeps coming, with the shimmering psych-pop of “Gold Leaf Tree” and the bittersweet “Mr. Claire,” two pieces of essential and exquisite post Pepper-pomp. The trippy “Circus,” which turns that time-honored entertainment form into a psychedelic mini-opera, continues in the Pepper-pomp, kind of fascinating but ultimately a failure, if only compared to the heights reached by much of the album. But as a fragmented closing volley, it’s a neat metaphor for the sputtering catalog that never was. If you’ve never heard the Koobas before, get ready for your second favorite Liverpool band of the ‘60s—it might be a closer call than you think.